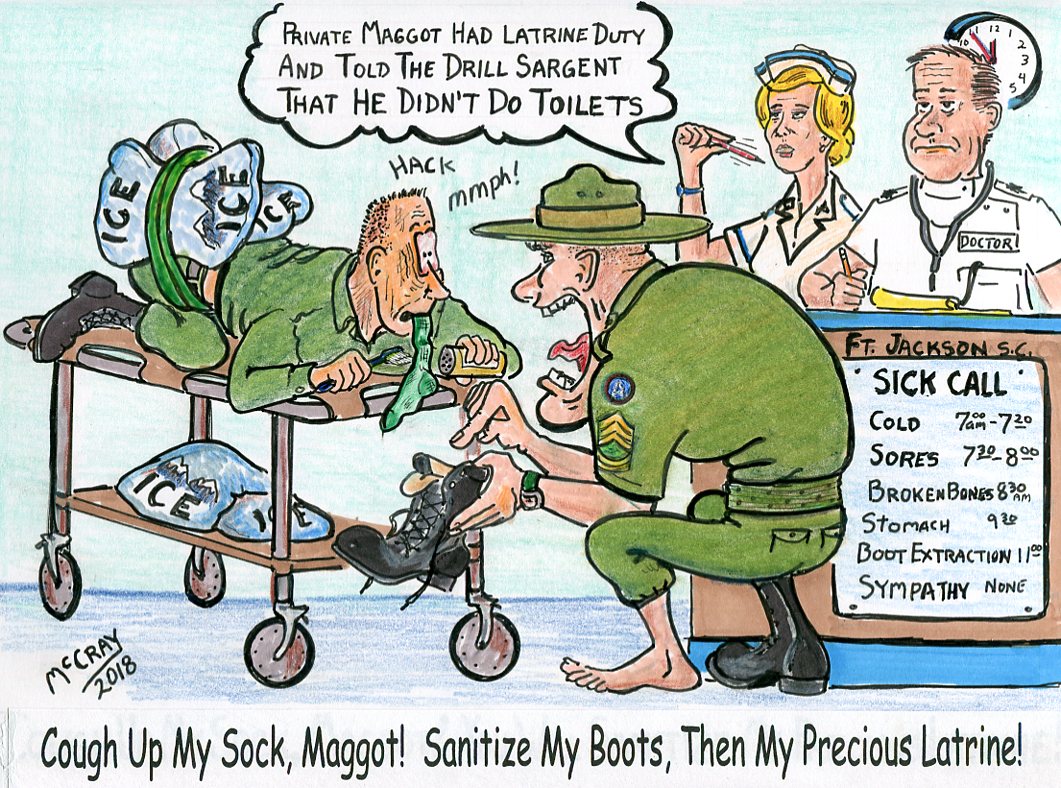 Those who have served in the United States Military, regardless of the branch, will remember that one Drill instructor.  The one who gave you their undivided attention, tender care and nurtured you through your introduction to military life. Those mornings where you were gently awakened at 4 o’clock by the sound of a big metal trash can flying through the door and impacting someone’s footlocker. Followed by that foghorn voice announcing the arrival of your favorite Instructor, letting all know it was wakey, wakey time and god forbid if you were the last one out of the door.  For your slow, sloth-like laziness, the presentation of the golden can and scepter was your reward. In other words, a can of Bon Ami Cleanser and a toothbrush to aid you on a mission of removing bacteria from the commodes that were the responsibility of your Platoon. Woe be it for an unfortunate to declare that they did not do toilets, first came the ‘uh-oohs’ and snickers of laughter from your unsympathetic buddies. The Drill Instructor first goes into a state of shock with a look of total horror etched on his face, you have maligned his precious latrine, followed by the Drill Instructor displaying that malicious cheesy grin, making everyone aware of your impending demise.

Many of the uninitiated think Drill Instructors are some sort of sadistic beast, they’re not. They have to exhibit toughness to command immediate respect and use very firm objective teaching methods, in order to take a bunch of smart mouth kids, instill discipline and then mold them into the world’s greatest fighting force in a short period of time.

All of those who serve, past and present, have raised their right hand and taken the oath to serve and protect the United States, against all enemies, foreign and domestic, an oath to which you are forever bound. When you lowered your right hand, you do so with the realization that you have given Uncle Sam a blank check with your name on it, a check that he can cash in at any time, for any amount, up to and including your life. As stark as that sounds, that is reality. Somewhere along the line over the past almost 250 years, people have stepped forward and served, many have paid a terrible price by trading all of their tomorrows so that this Country and you have a future.

So you enjoy the fact that you live in a country where you have guaranteed rights, where you can rise to the top based on your own ability, you are free to live and travel around the U.S. without someone demanding your papers. You don’t live in a Nazi Police State and people aren’t standing in endless lines at a store for their daily food allotment or forced to live and work in locations against your will. Give it some thought, as to why we are the greatest country in the world.