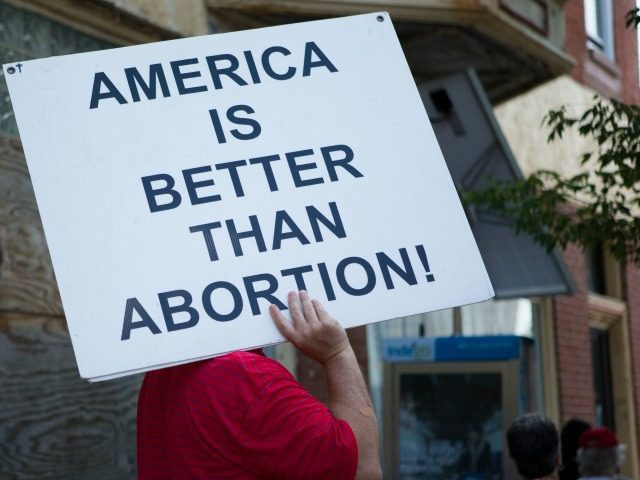 Abomination, atrocious, malevolent, inhumane - to those in the prolife movement these descriptions are appropriate, but to the supporters of abortion they may seem greatly exaggerated, insulting and perhaps over the top. Even though they may be disposed to consider a woman’s right to choose as a legal remedy to what in most cases is a decision made to correct a mistake or for convenience purposes, I believe deep down they may have reservations and might agree with the aforementioned labels. This is based on conversations I have had with some who consider themselves as pro-choice.

Over the past year, I have written a number of articles that in one way or another discussed abortion and the tragic consequences that have followed. Over time, it appears that the aftermath of abortion has taken on a new dynamic, and I believe what has followed can now be considered perhaps even more grotesque and diabolical than the deadly procedure itself.

As a preface, I will briefly discuss certain abortion issues dealt with in past articles, and then sadly have to report on another atrocity that just recently occurred. But first it seems, with some exceptions, that as a society we have lost all our humanity and respect for the sanctity and dignity of life, especially that of the unborn, and have succumbed to our most callous and basest of instincts for profit and wealth above all else. Then to add to the outrage is how most of the mainstream media through its willful ignorance have avoided the truth. Most of what follows, they never reported.

> In 2013 the trial of Dr. Kermit Gosnell was held and went mostly unreported. This psychotic butcher was found guilty of infanticide of countless late-trimester babies, and the murder of newborns delivered from failed abortions, and also the murder of three expectant mothers due to filthy and unsanitary conditions and botched abortion procedures in his clinic, or chamber of horrors. Gosnell is now serving multiple life sentences.

> Most of us should by now be familiar with the name David Daleiden who heads the Center For Medical Progress, and who through secret recordings brought to the attention of the public the sale of baby body parts by Planned Parenthood (PP), the largest provider of abortion in the country. Videos revealed high ranking (PP) officials discussing this heinous business while in a restaurant eating a meal.

> In 2015, authorities raided the warehouse of International Biological Inc. in Detroit, Michigan. The remains of four second-trimester babies were found. Local news reported that the FBI has in storage an undisclosed number of bodies, heads, arms, legs, and other assorted organs, victims of a woman’s "right to choose."

> Recently, and once again out of Detroit, Michigan, the police received an anonymous tip and conducted a series of raids on funeral homes. What they found, not even a Hollywood movie could have surpassed for the shear horror of it, dozens of infant corpses. Based on what they discovered, and reported in the Washington Post, law enforcement widened its probe and seized 63 infant or fetus bodies packed together in boxes inside the Perry Funeral Home. This followed a prior raid on another funeral home where 36 infant or fetus bodies were found hidden behind a false wall designed to fool the authorities. Also found was a refrigerated unit with an unspecified number of bodies.

At a news conference, Detroit Police Chief James Craig commented “This is deeply disturbing. We want to understand the reasons, is it financial gain, if so, how? Who knew or who else is involved in this.” Chief Craig continued, “I would like to look at you and tell you I hope that this is isolated to these two funeral homes.” However, at a later meeting with the FBI, Chief Craig learned otherwise and commented, “This is much larger than we might know. We will continue to follow the evidence, it’s just unbelievable.”  It was also determined, based on inspections by the LARA Securities and Licensing Bureau, that the funeral homes did not comply with regulations regarding the handling of the remains.

> Now, in the midst of all this carnage, how about some good news. On October 12 (2018) the film “Gosnell: The Trial of America's Biggest Serial Killer,” was released, and to the consternation and disappointment of the media and entertainment industry, was a marked success. Although its showing was in far fewer movie theaters than is customary, about 467 screens, it achieved a spot in the top ten of new releases at the U.S. box office. The movie, however, has been the object of some controversy, and subjected to censorship. Many of the theaters it was playing in, possibly due to threats from the media and Hollywood, have discontinued any showings. Phelim McAleer, co-producer of Gosnell, with his wife Ann McElhinney issued a statement, “We have been banned, blocked and attacked; the mainstream media refused to review the film.” McAleer went on to say “NPR refused our advertising, Facebook has blocked our ads, and theaters yanked our film, even though it was a success.”

Rest assured I would prefer not to have to be the bearer of such depraved and horrific news, but the American people must be made aware of what abortion is and what it can facilitate. In the name of God, and all that is virtuous and holy, this barbarity must stop for the good of us all, lest we become hardened and lose all our humanity, and devolve to a place where goodness and decency are no longer present, and depravity fills the void.