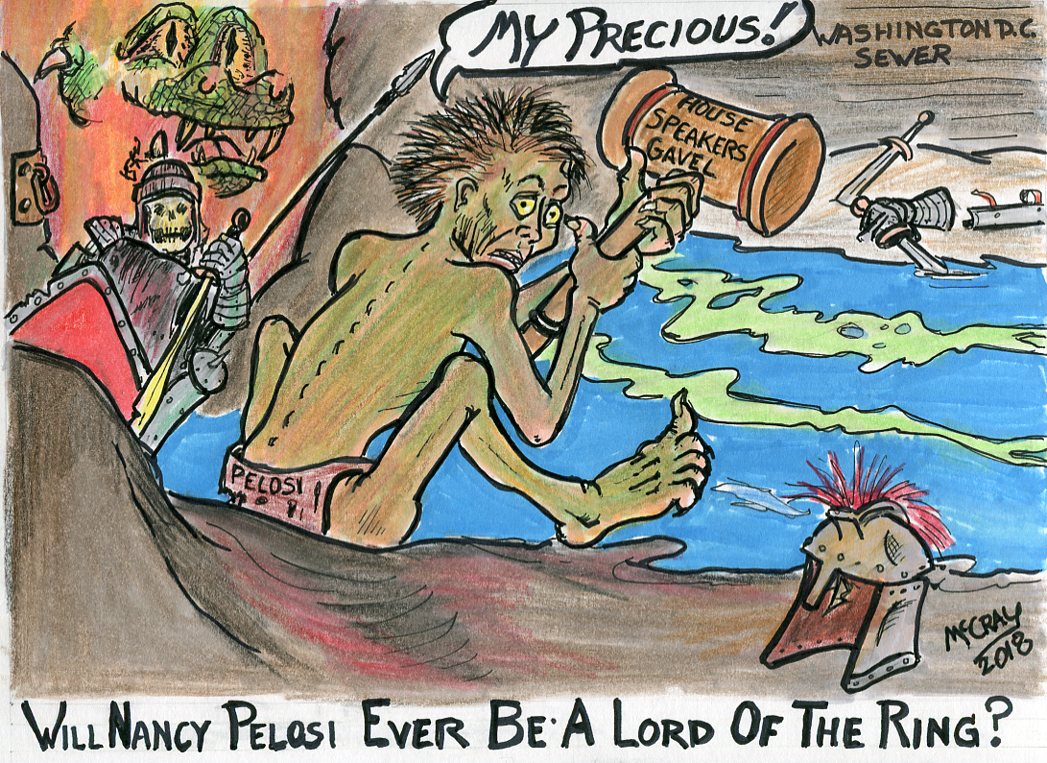 Those on the Right have preferred that Pelosi remains as the leader of the Democrats in the House, she is the gift to the Republicans that keeps on giving with her looney, clueless, and radical statements that even makes the Left cringe. In her contempt for the average working American, she has vowed to take back the ‘Crumbs’ people received in Trump's tax cuts and raise taxes when the Democrats take the house and wants to add a windfall tax on retirement income. Her character of self-righteous arrogance can be shown in a statement to Democrats regarding elections, “If you have to lie to the voters to win, do it.”  Even though there is a push on the Democrat side of the House to put someone new in the Speaker’s chair, don’t count on it, the odds of that happening are slim. Pelosi has been the money-maker and the power broker for the Democrats for years, so don’t expect the Democrats to shoot the goose that lays their golden eggs.

Pelosi’s arrogant, self-righteous, entitled attitude isn’t unique to her; it unfortunately pervades many of the Democrats that are in Congress. Now we are going to be subject to a steady diet of wild rants about impeachment of the President, witch hunts, more attempts for open border insanity and more radical statements from the Socialist running the so-called Democrat Party. The Democrats have already made it clear that they want to wreck everything to prove that they are the government. The radicals that have been elected to the House have already shown their ignorance of the Constitution and the Bill of Rights which they view as an obstacle to implementing their subversive socialist ideas.