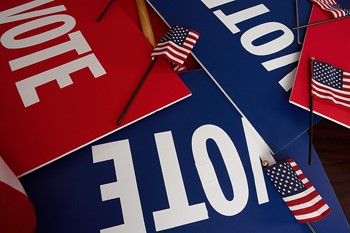 There is no such thing as a fair election anymore. The Democrats won’t allow it. They treat winning elections and elected office as a birthright.

It’s why they feel perfectly justified to lie and cheat and steal elections. Oh sure, they all understand that “legally” it’s not allowed, which is why they try to conceal it. But they tell themselves that it’s justified because the stakes are just too high, and the ramifications of a loss are just too great to be left to chance - particularly in today’s political climate.

I mean, look who is in the White House – the devil himself, Donald Trump. Something, anything, must be done to counteract such a caustic, divisive, misogynist, racist, white nationalist.

After all, how many movies have we seen where the hero or heroine (how sexist) must break, or at least skirt, the law to save the day. It’s a moral calling, regardless of the legality.

So they stuff ballot boxes. They allow people to vote on multiple occasions. They promote voting by dead people. They allow boxes and bags, supposedly filled with uncounted ballots, to be transported to an awaiting rental truck in the dead of night by passenger cars with only a driver and no accompanying official.

There is no way that this is legal. But surprise, surprise – this is happening in Florida once again. And it’s not just Florida, but the heavily democrat districts of Palm Beach County and particularly Broward County. It’s like déjà vu all over again.

The Washington Examiner did a good job of recounting the election irregularities in Broward County all the way back to the 2000 Bush v Gore fiasco. They chronicled the incompetence from 2000 to date. And every election cycle is the same – Democrat ballots just turn up. Shazam!

But the article repeats the claims of many that these County election officials just weren’t up to the job. They were in fact incompetent. I believe they are being kind.

I have a much more cynical view and one that I stand by as a more accurate assessment. The people in charge of tallying the votes in Broward County have been corrupt for 18 years – at least.

This type of thing doesn’t happen in Republican-controlled districts. Only the Democrats seem to have “problems” finding and counting votes. What are the odds of that? Slim to none and Slim just walked out.

The facts are that every time swaths of missing ballots just magically turn up, they only turn up in heavily Democrat districts and always favor the left. Never is a box “found” with “misplaced” Republican ballots. But I’m sure this is just coincidence.

I’m also 100-percent certain that if such a box of “missing” Republicans ballots did just magically materialize, the Dems and their allies at the ACLU, Southern Poverty Law Center, etc., etc., would be fighting each other for the privilege of filing the first lawsuit.

Meanwhile the Florida Governor’s race and Senate race, both won by Republicans, hangs in the balance, just waiting for more boxes of Democrat ballots to be mysteriously unearthed.