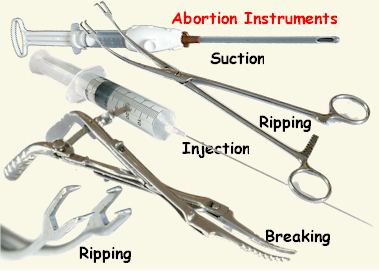 In my car just before the election, I heard a campaign ad against Congressman Carlos Curbelo, from Florida's 26th congressional district. It said, “More school children were shot and killed this year than soldiers killed in combat in Afghanistan.” This ad was attacking the congressman because he carried an "A" rating from the NRA. Gwen Graham, a former U.S. congresswoman from Florida, introduced the idea in her Facebook page. It appeared on politifact.com in May of this year. This ad was at best misleading.

The ad was an attempt to get rid of guns and make them a campaign issue in order to try and influence voters for the candidate that used the message. Politifact went on to report that 26 school children were killed this year while 13 soldiers were killed in Afghanistan during the same period of time. There are two differences between my story and Ms. Graham’s. I told you how many children were killed. The left when discussing the gun issue doesn’t say anything about the 2,530 shootings in the south side of Chicago so far this year, or the 83 people under the age of 17 that also have been killed this year.

There used to be a radio and TV show called “Dragnet” featuring Detective Sgt. Joe Friday, who was fond of saying during interrogations: “Just the facts, ma’am.” When I see a story or a campaign message so deceiving, it assumes the stupidity of the listeners. I want to think that Americans have had enough of the lies and the manipulation of the facts during a campaign. It is no wonder that so many voters do not trust candidates or the mainstream media.

This week I was at a community meeting where one of the points of discussion was the fact that in our small town with a very small Jewish congregation, the city manager sent an armed policeman for their Saturday service. One of the participants in this meeting felt that we would have fewer killings if we eliminated the AR-15, and thus we would not need an armed police officer at worship services. I have heard this suggestion hundreds of times, and yet the public seems to ignore the fact of the genocide that takes place in Chicago, which has some of the most stringent gun laws in the country.

Click on the link to see the weapons of choice in the Chicago slaughters. If you believe the left that the weapon of choice in Chicago would be the AR-15, you will be surprised. Let's look at the rest of the evidence as to the role of the AR-15 in mass shootings in the United States. Statista.com looked at all the weapons used in mass shootings from 1982 to September 2018. They found 151 shootings during that period. The weapon of choice for 84 of these was a handgun, while 41 shootings occurred with a rifle.

Now let's talk about the AR-15 as the weapon of choice for those shootings that involved a rifle. According to Stanford Geospatial Center and Stanford Libraries, as well as USA Today research, of all the mass shootings during the last 35 years, the AR-15 type accounted for only 15 of the 41 mass shootings with a rifle.

Words mean things and in this subject, words can be very confusing. I think it’s time to make sure we are all on the same page when we are talking about this critical issue.

School Shooting: Everytown, the grassroots gun-control group, launched earlier this year by former New York City mayor Michael Bloomberg, published a list of what it says is every American school shooting since the Dec. 14, 2012 massacre at the Sandy Hook Elementary School in Newtown, Connecticut. By Everytown’s count, there have been 74 school shootings. The group defines school shootings as incidents in which "a firearm was discharged inside a school building or on school or campus grounds" and includes "assaults, homicides, suicides, and accidental shootings."

Charles C. Johnson, a conservative journalist and former contributor to the conservative website The Blaze, took to Twitter to debunk Everytown's list. He claimed many of the incidents the group classified as a school shooting - including suicides and gang-related violence - should not have been included. He reduced the count from 74 to 7.

Here is the point: human life is worth something, but it has different values for different people, depending on the situation. Aborting a late-term pregnancy past 20 weeks occurs 27.4 times a day, or over 10,000 times per year. The latest report from the CDC says that 700,000 abortions are performed each year in the United States.

So, before you tell people that you want to ban the AR-15, check out all the links here and get informed. Please go to the following link and ask yourself whether these instruments (of abortion) are deadlier to children than an AR-15.