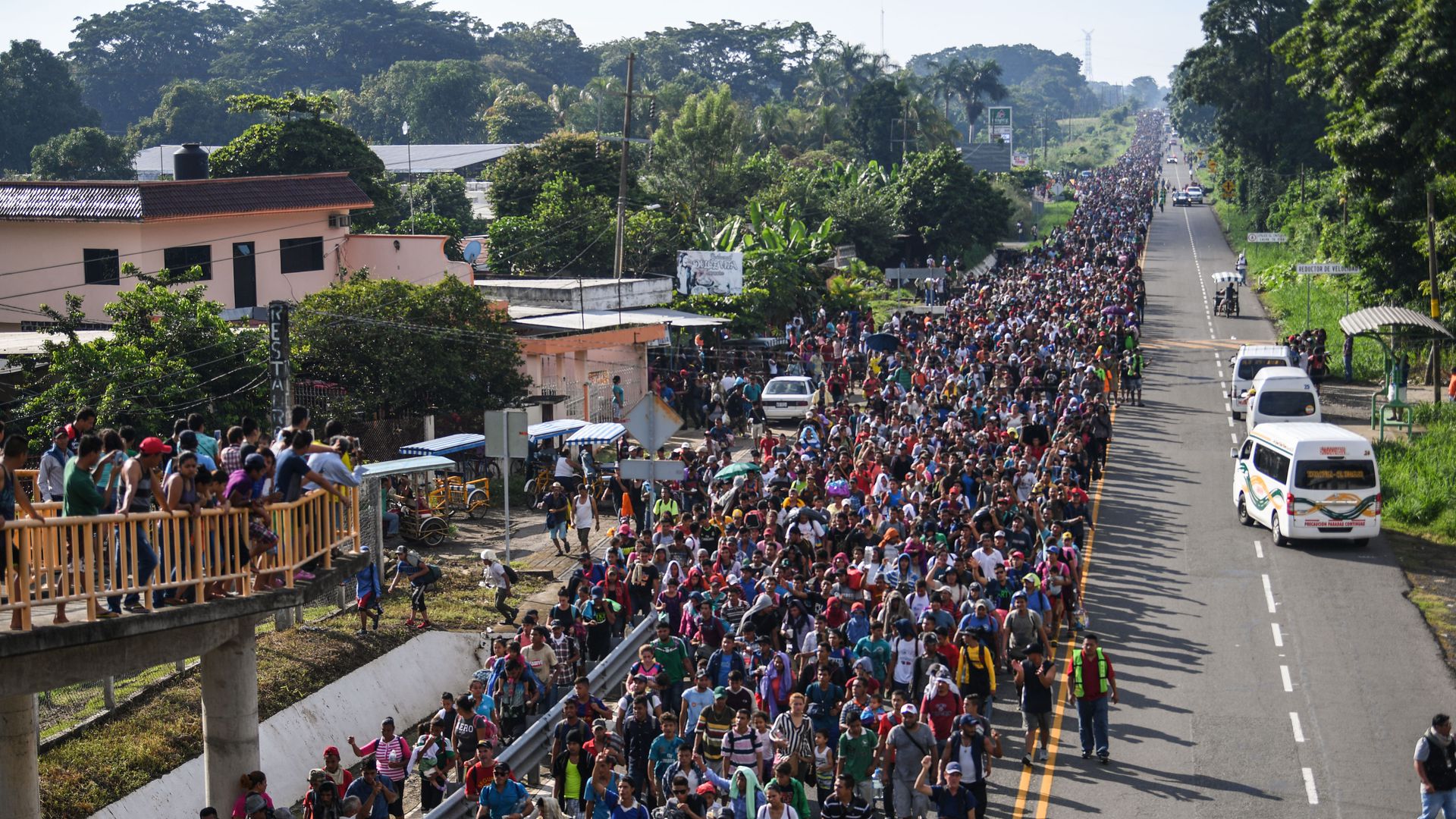 Who else would you use to repel an invasion? And don’t tell me this isn’t a planned and orchestrated event.

What would you call a well-coordinated throng of thousands of people simultaneously attempting to cross our border without our consent? If it’s not an invasion – you tell me what is.

And it doesn’t need to be an armed invasion. In my opinion, the leftist cheer squad who want this “border crossing” to occur, don’t want these people armed.

They are, I’m sure of it, hoping for another Gaza border incident where the Israelis got almost unanimously admonished by the press for defending their own border. Every worldwide leftist condemned them - not the Palestinians and not Hamas.

But talking about – even describing it - is one thing. Seeing it is quite another. They need the video. They need scenes of our border agents and military attacking poor, innocent migrants. There will be no mention of border security or self-defense if it comes to that.

The only way for the left to remain viable is to keep their supporters angry and afraid. In order to keep them this way, they must always have a boogieman.

There is nothing better than video evidence of the boogieman. Sure you can scare people about healthcare and giveaways, but these are mostly intangible. Pictures stoke the flames of fear and hatred like nothing else.

It’s why they would like nothing more than to see a clash between our military and the "poor innocent migrants." And there will be hundreds of camera crews set up – not to watch the migrants, but fixed on the border patrol and the soldiers.

If there is violence, any of it originating from the Mexico side will be selectively edited if it’s shown at all. Meanwhile, any aggression indicated by American authorities will be highlighted and shown on a loop in every mainstream and cable broadcast around the globe.

If it gets to this point, the clash at the Southern border may very well resemble a redo or copycat of the Hamas/Palestinian rush at the Gaza border against Israel earlier this year. Thousands, maybe 10,000 or more, planned to rush the border and tear down the fence in order to invade Israel. In this case, the invaders were virtually unarmed. But it was no less of an attempted invasion.

Sixty-two people were reported killed during the attempted invasion. And Israel was blamed and condemned for the whole thing. But 50 of the 62 were found later to be bad operators from Hamas – terrorists.

Now many will say - How dare I make such a claim? These innocent migrants aren’t Hamas. That’s right – most aren’t, but some are, or Hezbollah, or ISIS, MS-13, or whomever.

I was looking at a picture the other day of a crowd of these “migrants.” It was obvious who was of Latino descent. Almost all appeared to be. But then I saw one guy in the crowd, who stuck out like a sore thumb. It was like a Where’s Waldo moment. Clear as day, this dude was Middle Eastern. Guaranteed. Why was he there? Who knows, but I’d prefer not to find out.

So again, how can I make the claim that this is not just going to be an attempt at a peaceful crossing?

Well, I’m sorry, but one can only judge future events by past experiences. And the past experience we all witnessed was the flood of migrants violently tearing down the fences that separate Guatemala and Mexico. And they did so with impunity. When authorities fired smoke and tear gas into the mass of people, they were greeted with return fire, in the form of sticks and rocks. Wow – rocks and sticks – big deal.

This may not seem like much until you are struck in head with a rock traveling at speed. It’s at that point you’ll know you were fired upon – that these people aren’t just harmless migrants.

So what the heck do we think is going to happen when they reach our border? Do these migrants think they have a right to just walk across our border and gain entry? Some would say, "yes, of course" they do. Why else would they travel so far?

In my opinion, they know they don’t, judging again by their past actions. If they actually did, they would just peacefully march to the border, fully expecting a warm welcome.

They know darn well they’re not welcome, which is why there will likely be a repeat of the Guatemala/Mexico border incident and heaven forbid, possibly a Gaza border confrontation.