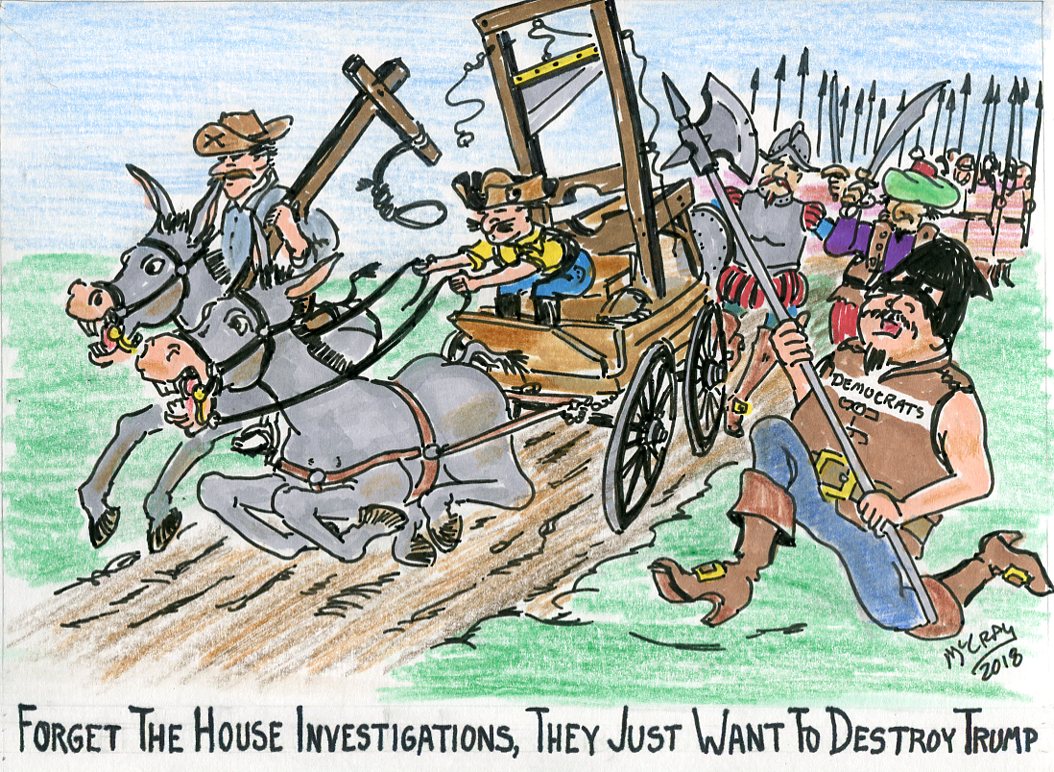 Buckle your seat belts, place your tray tables in the upright position, it’s going to get bumpy - the left is back in control of the House of Representatives. The left's lunatic fringe that now heads the so-called Democrats in the House will be filling the positions of chairman of all of the House Committees. It’s a classic case of the foxes guarding the hen house, with lefties like Adam Schiff (D-CA), Maxine Waters (D-CA), Jerrold Nadler (D-NY), Eliot Engels (D-NY), and Elijah Cummings (D-MD), promising all sorts of investigations against the Trump Administration. You can count on a farce of show trials that will be on par with anything ever seen in Russia or China.

Forget about any ideas of work being done that will benefit the people of the U.S.A., all that will be heard is the sanctimonious calls for impeaching the President and Supreme Court Justice, Brett Kavanaugh. The Democrats are desperate to prove they are in control and the Republicans are impudent and unable to accomplish anything. Behind the scenes, the Socialists that run the Democrats Party will continue their decades-long effort of undermining our Constitutional Government by slipping in confusing regulations and screwy laws into legislation.

Some of the so-called Democrats who admit to being a socialist, like to call themselves Democratic Socialists; well, you can’t be both - you’re a Democrat or a Socialist. If you’re a proper Socialist then you believe in a one party, total control government, where you have no rights. Their desire is the total destruction of our Constitutional Government, the Republican Party and complete control of the United States.