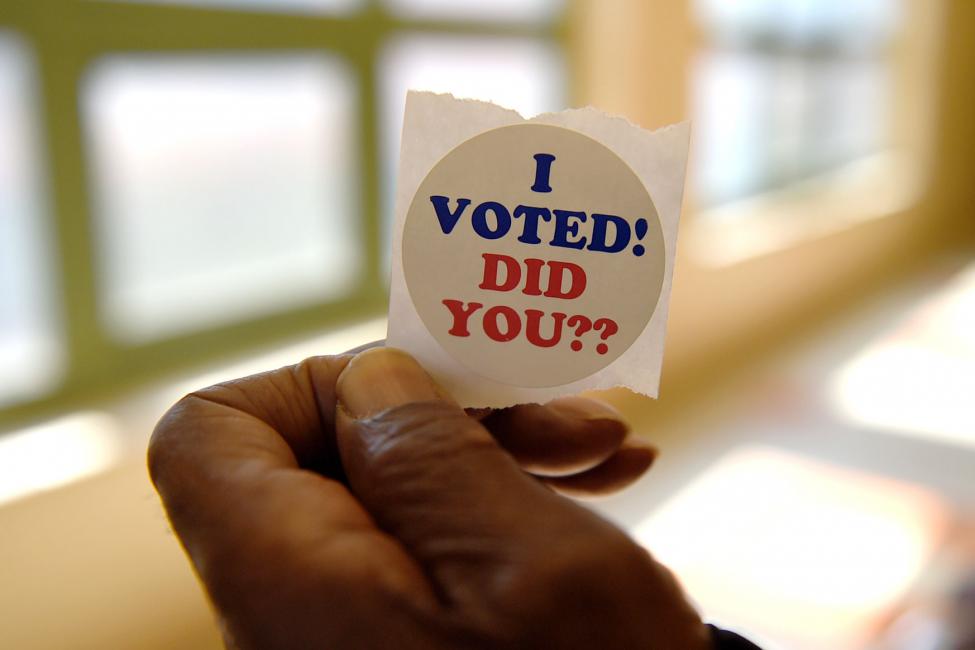 Let’s face it, folks, while the DNC is glad they won the House, that wasn’t the most important achievement of the 2018 mid-terms for them. No - they saw the whole process as a live rehearsal for the bigger prize coming up… the 2020 presidential election.
Just as the Nazis used a real war, the Spanish Civil War in 1936 as a dress rehearsal for WWII, so did the DNC use the 2018 elections as a ‘live fire exercise’ for the 2020 showdown.
Many honest and concerned citizens were shocked by the sheer audacity of fraud, deceit, and outright illegality the DNC threw into the chaos of the recent elections but no one should have been surprised - not if you have been paying attention.
The one message that the Dems have accepted since the 2016 interruption of their decade-long struggle to remake America into the next Cuba or Venezuela, is that you can’t count on being able to consistently fool enough people to give you a win by honest means. They have concluded that they need to go back to the playbook that has given them control of large urban areas for the past century - stuffing the ballot box.
The infamous and corrupt Democrat election machine had its roots back the glory days of Tammany Hall, where the cherished Democrat principle of “vote early and often” was put to practical use. In fact, according to The City Journal -

"In 1868, The Nation reported that Tammany Hall had set up a 'naturalization mill,' instantly certifying folks right off the boat as citizens—and Tammany voters. Tammany was so efficient at election fixing that between 1868 and 1871, the votes cast in the city totaled 8 percent more than the entire voting population—'the dead filling in for the sick,' as one contemporary wag put it.”

And the spirit of Tammany has continued in Democrat strongholds unabated for the intervening 150 years.
For instance, one of the great heroes of the modern DNC state is the liberal icon (though his actual policies would make the DNC cringe today) JFK. However, if you look carefully at the few thousand votes that ‘emerged’ from the wards of Chicago when he ran against Nixon in 1960, it actually rings depressingly familiar to the fraud and manipulation we just observed in Florida.
In fact, a famous anecdote to that incident reportedly came when old Joe Kennedy told John, “Buy every vote you need to win, but I'll be damned if I'm going to pay for a landslide!” JFK “won Illinois” by just 9,000 votes, which gave him the electoral votes of the state and the election.
Thus it could be argued that the Democrats have been perfecting the art of manipulating elections since big city politicians figured out that trading votes for benefits could be a winning strategy - at least in the short term.
The only problem with it is that as the poor move into the middle class and begin paying taxes they realize that the fruits of their labor are going to buy new voters for the Dems while they have moved into the ‘cash-cow class' of middle-income workers whom the Democrats regard now as ‘proletariats,’ fit only to serve the party and their commissar masters.
This resulted in the transformation of the traditional blue-collar, white, working-class Democrat, the historic backbone of the party, into the ‘Reagan Democrat’ of the ’80s and more recently the ‘Trump Democrat’ of 2016.
This presents a big problem for the DNC media/entertainment and elites cabal. As former needy clients move into the middle class and onto the rolls of taxpayers they are leaving the welfare state party in droves. That means that the DNC cabal is on a constant and unending desperate search for more under-educated, under-skilled refugees from the third world to swell their ranks with buyable votes.
Enter the illegal aliens.
The DNC elite views this group not with phony compassion or hypocritical altruism they pretend, but rather as a source of cheap maids and gardeners for their walled and gated communities and most importantly - cheap votes.
Their ultimate goal, of course, is to get these illegals onto to the voter rolls, either as citizens or by changing the laws to let them pack the voter rolls.  That will give them more Democrat seats, which will allow them to pass laws to permanently open the borders - thus attracting unlimited refugees from the third world, driving wages down and putting more Americans into poverty. That of course, results in putting more people in need which in turn, makes them more susceptible to the Democrat/Socialist message. Thus electing more Democrats and so on until we become Cuba and Venezuela with only the DNC, Media, and elites living like kings with everyone else mired in the despair of hopelessness and misery.
Gee, that sound like fun doesn’t it? Wouldn't that make a lovely, neat and perfect package for perpetual power?
Perhaps - but only if you are a Democrat big-whig or a limousine liberal. For the rest of us - not so much.
That has been the Democrat goal for the last fifty years. That is why cheating, manipulation, and voter fraud has not only been a keystone of the Democrat party but essential for its continued existence. That is also why they have been trying to keep their naked pursuit of raw power under the radar...until now.
Since the election of Trump and a Republican congress, the obfuscation has evaporated and all pretense has been dropped. They now allow their disdain for American history, culture and the ideals that have made us the magnet for the very people they proport to champion, to spill out in a torrent of hatred and contempt for the republic and all who believe in our founding principals.
What can freedom-loving Americans do about it?
First of all, we need to stop thinking that we can rely on the “go along to get along” professional, wishy-washy wing of the comfortable country-club Rhino’s that make up way too many of the Republicans on Capitol Hill.
They have shown that they’re too much like choir boys going up against MS13 when it comes to stopping DNC vote manipulation. Instead of standing up to their machinations they babble and wring their hands like some little old lady with the vapors.
We need to find some conservative champions with toughness and guts and get behind them to not merely call out and expose Democrat cheating - but show them that we can meet fire with fire and that we will no longer meekly play by rules that they ignore and manipulate to suit their own needs.
Let's face it, folks - if our current representatives don’t have the political will and wherewithal to put a stop to Democrat fraud and their outright scorn for the principals under which our republic was founded, then maybe it’s time to find some representatives who have the guts and dedication to start playing some political ‘hard-ball’ of our own.
Copyright ©2018
Read more by Ric Wasley
Tweet