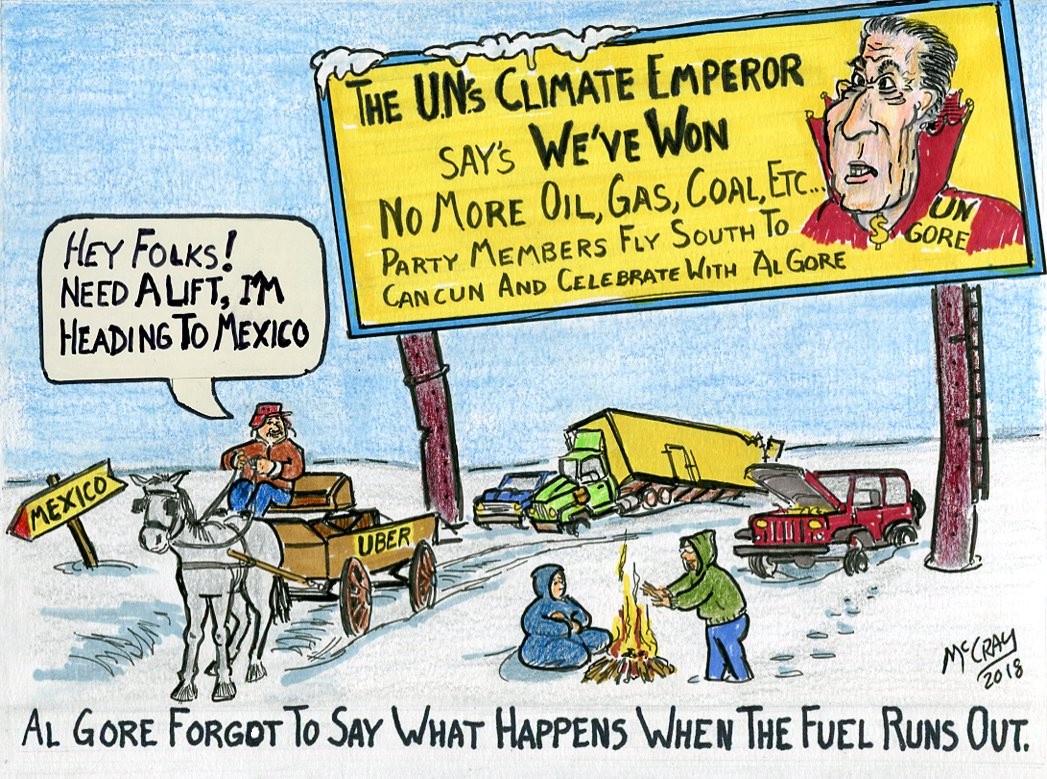 The Kool-Aid-drinking climate change kooks are still going full tilt, the United Nations has wrapped up their climate conference in Poland. The 24th Conference of the Parties of the United Nations Framework Convention on Climate Change (UNFCCC) was held on the 2nd through the 15th of December in Katowice, Poland. There they agreed upon the implementation of the 2015 Paris Accord.

Using claims of the worst carbon dioxide increase in millions of years and reports of global warming temperature increases, the signers of the UNFCCC Agreement will begin enforcing the 2015 Paris Accord in 2020. You can count on the price of products going up; the Paris Accord signers will increase taxes for coal, oil, and gas to force their populations away from using cars and go solar. The question is, where are the people going to get the money to pay for these changes. The riots in Paris, France, over the past 5 weeks is over the high price of fuel and taxes, it clearly shows how the people of the countries involved will react. If they think this bad now, wait for these global warming governments to put the brakes on the use of fuel oil and coal, especially during the winter months.

The engine that drives most of the economies of the world is based on competition, manufacturing, and sales. The controls that are supposed to enforce the Paris Accord will wreck the world’s economies, bringing economic growth to a screeching halt. If the global warming warriors were really interested in stopping pollution they would be going after China and Russia, but they’re not, they are only interested in the countries like the United States that have money.

Their solution for countries that are underdeveloped and can’t afford the demands of the Paris Accord is simple. The rich countries will pick up the tab, which means the United States is expected to cough up the money for the bulk of the expense. These self-righteous, greedy, power-hungry, mostly socialist world leaders have one goal, to have control of all nations of the world with the UN as the ultimate power, where they make all the rules.