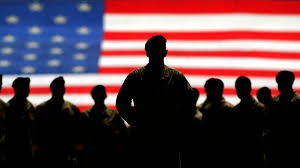 So what’s in store for the General after he leaves? He will no doubt be offered a position at one of the cable networks, just like many other former military brass.

We’ve all heard them. We’ve all seen them. An increasing number of retired Army/Air Force/Marine Generals and Navy Admirals on various cable news networks, spouting off about politics. And if that isn’t bad enough, they are hired by these networks specifically to promote the left or right agenda. They’re not contracted because of their vast knowledge of military history and battlefield strategy, but because they’ve become political pundits and Washington insiders.

In my opinion, senior military officers should remain apolitical, both while in service and in perpetuity. Some would say this just isn’t fair. After they retire from service, regardless of rank, they should be able to come out of the apolitical closet and speak their minds. True enough. It is their Constitutional right to do so. But is it proper?

It’s fine for any of us nobody scrubs who didn’t achieve such a rank. For the most part, who’s going to listen to us anyway. But it’s different for high profile leaders like retired Generals and Admirals. And frankly, I could add Colonels and Navy Captains (same rank). Although they wore no stars, they are considered senior officers.

And this goes for both sides. It’s wrong for a retired senior officer to speak ill of or in opposition to a seated President. Like it or not, the president is the Commander-in-Chief. He controls the military, and commands the Generals and Admirals, per Article II, Section 2, Clause 1 of the Constitution.

Likewise, it’s wrong for retired senior officers to endorse one or the other candidate in a presidential election. But it happened in spades during the last election.

During the 2016 presidential election, Trump released an endorsement letter signed by 88 retired senior officers and Hillary released a similar endorsement signed by no fewer than 95. Now why would any former military man or woman endorse a woman so clearly guilty of the Benghazi cover-up? Just asking.

This ill-serves our nation, when former leaders of hundreds of thousands of servicemen and women, retire, and endorse political candidates and/or accept positions at cable news networks, not for their military knowledge, but simply to bash, belittle and publicly second-guess the current Commander-in-Chief. And by current, I don’t just mean Trump. I mean any currently-seated Commander-in-Chief.

Yet this is the country we now live in – where everyone is required to take sides. And the selection process for Generals and Admirals has succumbed to this divide.

Briefly, this is the process for promotion.

Generals/Admirals are recommended by a military promotion board made up of general officers of the branch in which the officer serves. This military board then recommends the promotion to Congress. Congress then approves or disapproves the promotion. If approved, the President signs the Promotion Order.

It appears fairly cut-and-dry; yet even this selection process, as everything is these days, has become increasingly political and polarized. And of course, the more stars achieved, the more political it gets.

Senior officers who wish to be promoted must also pick sides. No longer are they judged on the merits of their service as a soldier or sailor, but rather how they conform and are able to effectively promote the current political and social agenda.

This, of course, has been most noticeable during the last two Democrat presidential administrations. Bill Clinton’s signing, in 1993, of the “Don’t Ask, Don’t Tell” compromise; and of course, Obama’s full-on and reckless use of the military as his personal social experimentation playground.

During liberal administrations, those who harbor the same leftist ideological leanings will be promoted, while hard-charging military men and women, who remain true to the apolitical code are left hanging.

This is just wrong, as is the politicization of the military and its senior officers - active or retired. These men and women should see this as their lifelong duty to protect the military and keep it as apolitical as possible. By not doing so is an affront to our military’s neutrality.