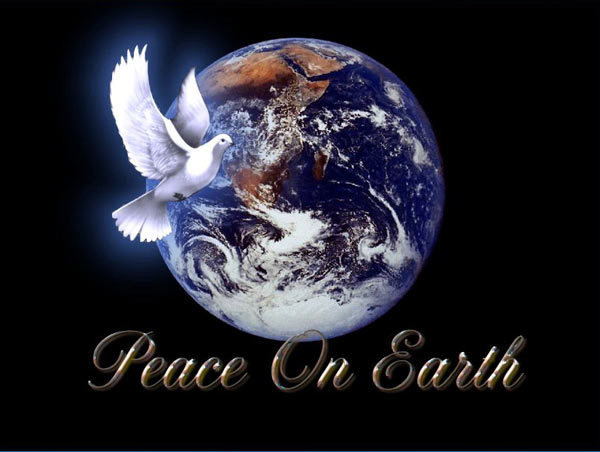 “National hatred is something peculiar. You will always find it strongest and most violent where there is the lowest degree of culture”. Johann Wolfgang Von Goethe, renowned author of the poem “Faust” could not have been more prophetic, especially of the times we live in today.

You would be hard pressed to find anywhere in the media, both mainstream and social, words of enlightenment and inspiration for the season of Advent. Right up till Christmas day and after, the naysayers, malcontents, and many of those who consider themselves journalists, could not just set aside their hate and derision for only a brief period, and just spread some joy and peace on earth. The level of vitriol and malice toward the president, his family, and supporters, exceeded the normal fare to an extent that revealed what can best be described as pure contempt for the spirit of the season.

As a culture, we have come a long way, and technology has dramatically changed in many ways how we communicate and interact with one another, some of it good, but a lot of it not so good. There is also the fact that surveys have revealed that faith and the practice of organized religion have diminished among the American people.

Has the spirit of Christmas finally escaped us, and now holds little if any meaning? And although we are all, one way or another, at times guilty of some form of less than admirable behavior, it would seem that those on the political and ideological Left have devolved to an even greater degree, one that bespeaks of moral turpitude and godlessness. I have often asked myself why it seems that it is the Christian faith that drives some people to edge of madness; Jewish, Muslim, Kwanza, etc., none of these other religions suffer the fate of Christianity, when it involves their holidays. Is it that most Christians in America are part of that dreaded race of white people who respect and uphold traditional values?

Now I could go on from this point and intimate that nothing is sacred for these wretched and miserable malcontents that seek to deny Christians this one day they cherish most. Even at this special time of the year, how they cannot contain their vile, hate-filled rhetoric, and some even seem to be gleeful and take pleasure and boast at the difficulties that confront the president and by extension the American people. Never mind the atheists and the ACLU who, together with politically-correct cowards, are out in force trying to do their very best to destroy Christmas, even for the children. Even a military hero like retired General Mike Flynn, caught up in the chaotic political maelstrom that is sweeping America, cannot escape the venomous tongue of the unhinged.

The President and First Lady made a special and what was a highly secretive trip to the Middle East and Germany to spend Christmas with the men and women in the military. No sooner had word reached us back home, the humbug gang came out in force and in typical cynical mode. It seems a number of the troops were wearing MAGA hats and asked the president to sign them. Well, this was an outrage; Trump was politicizing the military. Even the First Lady could not escape the fashionistas and was criticized for her Timberland boots. Who does she think she is, they howled; those are working men’s footwear?

Peace is not just a season; it is a way of life. I’m sad to say and am certain many others feel the same way, that this belief and frame of mind has escaped us, for we cannot even seem to keep the peace at a time of the year when it is most needed.

Perhaps someday, things will change, but for now, Merry Christmas, and best wishes for the New Year, “God Bless us, everyone,” and yes even all those sorry, pitiful, and empty souls.