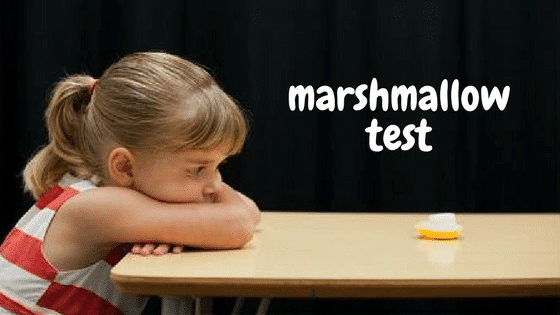 Last week, we started a two-part series about the power of delayed self-gratification. Let’s do a quick review. I found this concept in James Clear’s new book, Atomic Habits. I’ll quote from parts of his book to catch us up and conclude this series.


“In the 1960s, a professor from Stanford University, Walter Mischel began conducting a series of important psychological studies. During his experiments, Mischel and his team tested hundreds of children, most of them around the ages of four and five years old. The experiment began by bringing each child into a private room, sitting them down in a chair, and placing a marshmallow on the table in front of them.


Well, we know how this turned out. Very few of the children waited fifteen minutes. Most children ate the marshmallow right away. Known as the Marshmallow Experiment, the researchers followed each child for more than forty years.

Do you know what they discovered? “The children who were willing to delay gratification and waited to receive the second marshmallow ended up having higher SAT scores, lower levels of substance abuse, lower likelihood of obesity, better responses to stress, better social skills as reported by their parents, and generally better scores in a range of other life measures. In other words, this series of experiments proved the ability to delay gratification was critical for success in life.”

This brings us to an interesting question: Did some of the children naturally have more self-control, and thus be destined for success? Or can you learn to develop this important quality trait? James Clear enlightens us on this.

"To determine the answer to this question, researchers at the University of Rochester decided to replicate the marshmallow experiment, but with an important twist. Before offering the child the marshmallow, the researchers split the children into two groups.

Meanwhile, the second group had very reliable experiences. They were promised better crayons and got them. They were told about the better stickers and then they received them.

You can imagine the impact these experiences had on the marshmallow test. The children in the unreliable group had no reason to trust that the researchers would bring a second marshmallow and thus they didn’t wait very long to eat the first one.

Meanwhile, the children in the second group were training their brains to see delayed gratification as a positive. Every time the researcher made a promise and then delivered on it, the child's brain registered two things: 1) waiting for gratification is worth it, and 2) I have the capability to wait. As a result, the second group waited an average of four times longer than the first group.

In other words, the child's ability to delay gratification and display self-control was not a predetermined trait, but rather was impacted by the experiences and environment that surrounded them. In fact, the effects of the environment were almost instantaneous. Just a few minutes of reliable or unreliable experiences were enough to push the actions of each child in one direction or another.

If you want to succeed at something, at some point you will need to find the ability to be disciplined instead of becoming distracted and doing what's easy. The key takeaway here is we can train our ability to delay gratification. We do it in the same way as the child and the researcher, by thinking "Yes, it's worth it to wait and yes, I have the capability to do this."

Learn from others' mistakes - the second mouse gets the cheese. All the first mouse had to do was not live by impulse power. Unfortunately, it was a life changer.