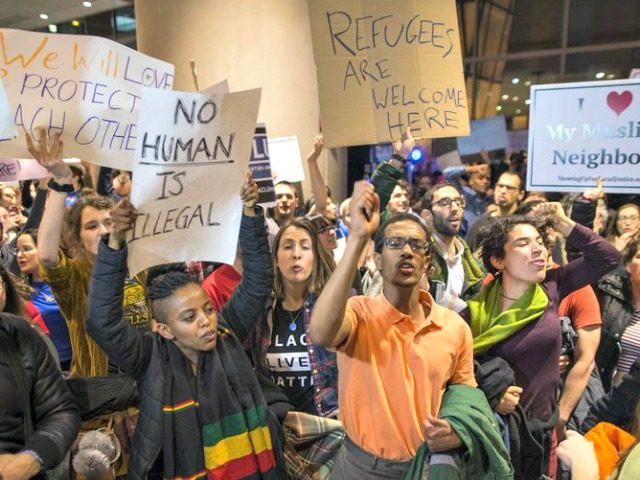 “Monolithic” is one word often used to describe the Democrat Party. Whether it’s universal health care, abortion, or opposition to President Trump, Democrats invariably stand united. But even loyal party members must find it hard to tow the party line on immigration when the party line continuously changes.

Not that long ago, Democrats were united under a reasonable, common-sense immigration policy. The words written into their 1996 party platform were unequivocal: “We cannot tolerate illegal immigration and we must stop it.” More recently, in 2009, Democrat Senator Chuck Schumer reiterated that position, proclaiming “Illegal immigration is wrong, plain and simple.” All party leaders echoed the same sentiments.

But shortly after Schumer’s unflinching proclamation, the Center for Immigration Studies issued a report that gave Democrats something to think about. It concluded that the vast majority of immigrants support the Democrat Party. It also detailed the significant political gains that party was making through the waves of new immigrants. Perhaps it was time to re-think their tough immigration stance. 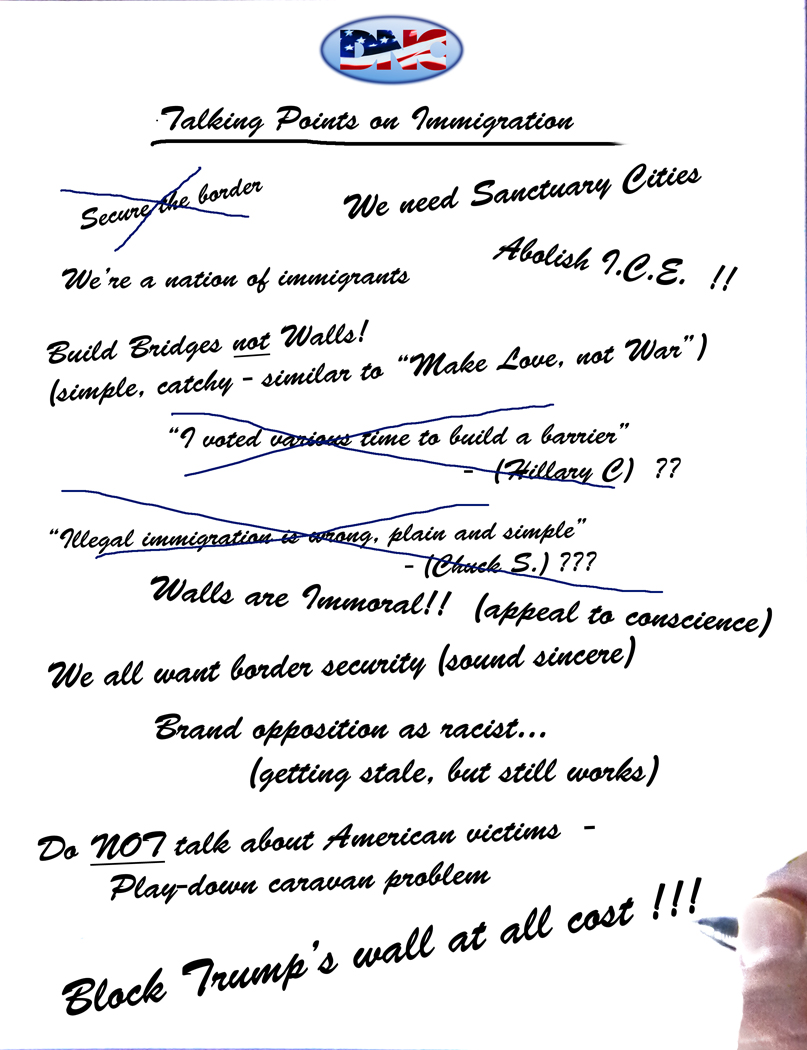 Then came Barack Obama, the self-proclaimed “citizen of the world.” It was under his leadership that the Democrats’ position on immigration shifted dramatically.

Long before his presidency, Obama revealed his globalist agenda. During a 2006 speech at the University of Massachusetts, Obama said globalization is “here, and it’s not going away.” He also suggested that those who encircle themselves with walls do so out of fear and anger.

As president, Obama’s open-border philosophy quickly became apparent as he worked to encourage illegal immigration, while at the same time constraining our immigration enforcement officials. He appointed staunch amnesty advocates to key positions in his administration, he filed suit against states attempting to tighten immigration laws, he restricted the powers of I.C.E. agents, and used and misused Executive Orders like DACA to benefit illegal aliens. As he was leaving office in 2016, he reaffirmed his open-border stance during an address to the UN, cautioning that, “…a nation ringed with walls would only imprison itself.”

During his presidency, devoted and dutiful Democrats began to see illegal aliens as victims, as they endlessly recited the true, but utterly irrelevant fact that America is a nation of immigrants. Blurring the line between lawful immigrants and illegal fence-jumpers, they drew no distinction between those who complied with our immigration laws and those who scoffed at them. They were all welcomed as contributors to our “nation of immigrants.” And as local Democrat politicians eagerly jumped on this new open-border bandwagon, sanctuary cities began springing up across the country to protect, not lawful immigrants, but the intruders who ignored our immigration laws.

Barack Obama, in fact, changed his party’s immigration stance so dramatically that during the 2016 campaign, prominent Democrats were chanting, “We should be building bridges, not walls.”

The election of Donald Trump was a repudiation of everything Obama stood for – especially his immigration policy, and that only intensified Democrats’ contempt for Trump and their opposition to border security. Soon after Trump’s election, many Democrats even began calling for the abolition of I.C.E., the agency tasked with enforcing our immigration laws.

But while Democrat leaders may be calculating and stubborn, they’re not stupid. They couldn’t hide forever from the pain and suffering inflicted on American citizens by those who should never have been admitted to this country. They could no longer ignore the enormous drain on our welfare programs, the illegal drugs and human smuggling enabled by their open border policies. And more importantly, from their perspective, they could not ignore the polls showing that Americans, almost universally, want our borders secured.

So, in recent months Democrats have rolled out a new version of their public immigration stance. They’re now lining up to disavow the position they fully embraced during Obama’s administration, arguing that no one ever wanted open borders. “Of course, we all want border security,” they scoff, “it’s just that walls are ineffective…and they’re immoral.”

If the recent hordes of would-be gate crashers don’t prove the need for a physical barrier, the resounding pleas from the non-partisan, front-line experts should leave no doubt about it. Brandon Judd, president of the National Border Patrol Council, recently said, “Where we have built walls, they have worked.”

So while the Democrat Party adjusts those talking points to justify the opposition to Trump’s wall, most see a ruse, a clever attempt to portray itself as the party of a bygone era, a party that once supported the rule of law.

We know it’s a sham. We know because their sanctuary cities remain in place. And all those lures that encourage illegal immigration - the welfare benefits, the free healthcare, the in-state college tuition, even voting rights – all of those remain. “Catch and release” is still in place. And their indifference towards the American victims, like Kate Steinle and Corporal Ronil Singh – that still remains.

Some might say that the soul of the Democrat Party, its core values, seems to shift with the political landscape. Its amorphous immigration policy suggests that it can be defined in just a few words: Say and do whatever it takes to stay in power.