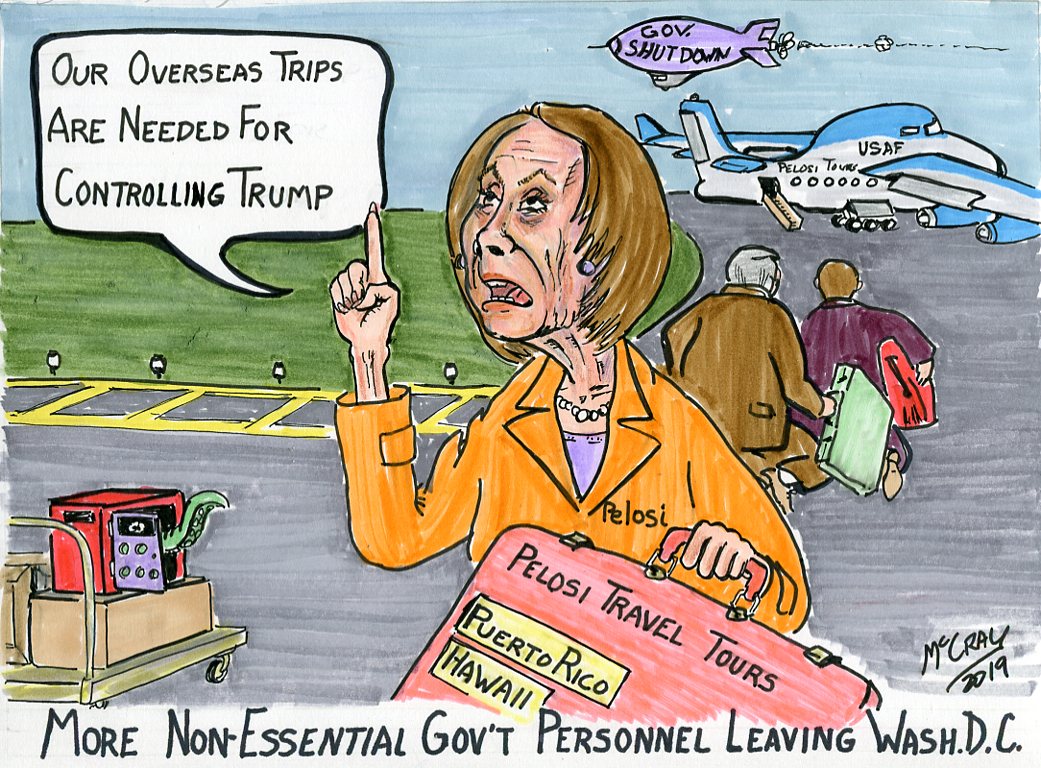 The Queen of the Washington swamp, The Speaker of the House, Nancy Pelosi continues to prove to the world that her idea of negotiation is the complete capitulation of her opponent. This shouldn’t be a surprise, it has been the method of negotiation between the Democrats and the no guts, spineless Republicans for years. The Democrats hold together as a solid block, whereas, Republicans are busy fighting among themselves and usually agreeing with the Democrats to make the problem go away.

The arrival of Donald Trump in the White House has turned Washington D.C. upside down; now the Republicans have developed a spine and found a voice. The Democrats seem to suffer from a complex of group hysteria and live in a world of total hatred of anything Trump, better known as the “Trump Derangement Syndrome.”

Lately, it has been the funding for a security barrier wall along the southwest border of the United States. The left-wing politicians in Congress led by Nancy Pelosi and Charles Schumer, who have for years agreed to fund and support a wall in the southwest have done a complete about-face. The Democrats are still smarting over the loss of their patron saint, Hillary Clinton in the 2016 Presidential election. They are far more interested in scoring points in their game against President Trump than protecting the country. Now the party of “Hell No” - the Democrats - will not cooperate in anything that may give Donald Trump a win. The Democrats view anyone that will further the cause of the day as a pawn or a tool to manipulate to score points - it’s all about power and control.

Focused on the 2020 election they are marshaling their troops and planning to use the methods and tactics of the last election to re-fight the 2016 election all over again. It seems that the entire Democratic Party is talking about throwing their hat in the ring in a run for the Presidency in 2020, it makes you wonder who is going to be left on Democrats side of the house. All the trash talking for the moment is aimed at Donald Trump; just wait for the Left’s feeding frenzy when they begin chewing on each other to see who is left at the top of the pile.