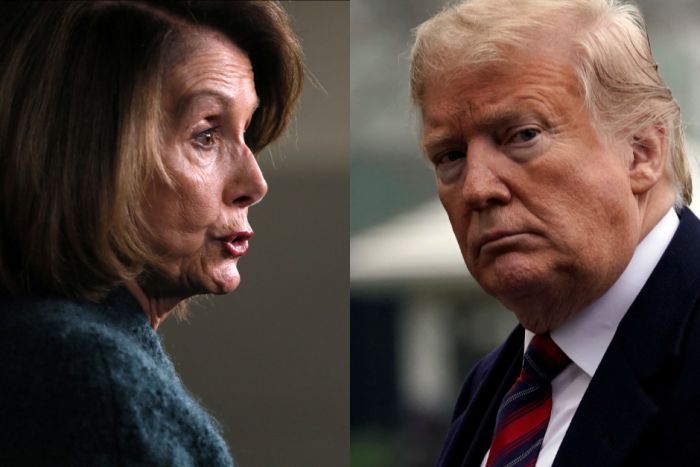 The pre-dawn raid on Roger Stone and his arrest are the latest developments in what is an obvious plan to force President Trump from office or impeach him. On the matter of border security, Trump looks weak and House Speaker Nancy Pelosi looks strong. The deal between the White House and congressional Democrats to negotiate over border security measures is a major loss for Trump. He has become toast for re-election because he has disappointed his base. The question now becomes how long he can survive as president.

Let’s review how he arrived at this juncture. Rush Limbaugh on Friday was talking about former prosecutor Andy McCarthy’s view of the current situation. It has finally dawned on McCarthy that Russia-gate Prosecutor Robert Mueller is after Trump. But remember that back in May 2017, McCarthy, a former assistant U.S. attorney for the Southern District of New York, wrote an article for the National Review that called Mueller a “solid choice” for Russia-gate. McCarthy, described as one of the nation’s most prominent voices on legal and national security issues, said: “Bob Mueller is a widely respected former prosecutor, U.S. attorney, high-ranking Justice Department official, and FBI director. He is highly regarded by both parties…He is a straight shooter, by the book, and studiously devoid of flash.” Using “Bob” seemed to imply they were friends or associates.

It's because of this kind of conservative “wisdom” that Trump is now in a mess. He picked too many members of the Swamp to advise him on critical matters.

But Trump’s political enemies aren’t just Democratic socialists. We enter the dangerous period 2019-2020 with the knowledge that Utah Senator Mitt Romney, the leader of the resurgent Rockefeller wing of the Republican Party, is determined to force President Trump out of office and/or damage his presidency. At the same time, a new socialist-oriented House of Representatives is mounting an impeachment drive that could weaken the country, create the conditions for one-party rule in 2020, and undermine a global effort to create an anti-communist alliance of nations. The impeachment of Trump and his removal from office, at this critical time in world history, would be a setback to conservative and patriotic movements worldwide.

In order to mask the nature of their on-going revolution, one-time “liberals” have now become “progressives,” tolerating a few open “socialists” in their ranks. But socialism is just another stage on the way to communism, and both are grateful to Karl Marx for his hateful ideology. For those who think it can’t happen here, analyst Trevor Loudon points out in an article in Epoch Times that the forces on the left have devised an “inside/outside” project that includes outright socialists and communists and which admittedly “translates practically into…engaging with the Democratic Party and voting for Democrats to defeat right-wing candidates.” The “unity statement” from the Communist Party (CPUSA), the Democratic Socialists of America, and other groups is designed to “fight Trump” and build the left.

This is the old CPUSA once directly funded by Moscow. But if Trump is a Russian puppet, why is an old Russian front organization backing the Democratic Party? Why is a former CIA director who voted communist, John Brennan, in the forefront of claiming Trump is doing Moscow’s bidding?

The stakes are huge. Despite his mistakes, Trump continues on the right path in regard to asserting American independence in foreign affairs. He has decided to make a decisive break with globalism.

And the world, or at least the parts of it that should matter, are going his way. In contrast to NATO, a collection of mostly deadbeat nations with no real sense of security or sovereignty, a real anti-communist alliance of nations is being formed. The Conservative Summit of the Americas was recently held, featuring officials from Argentina, Brazil, Chile, Colombia, Cuba, the United States, Paraguay, and Venezuela. In this case, President Trump is not only leading the forces of freedom but is drawing attention to the policies of the socialists in Congress trying to remove him. Trump announced that the U.S. officially recognizes Juan Guaidó as the Interim President of Venezuela, not the Marxist Maduro.

The Marxists in the House of Representatives were supporters of the Marxist regime in Venezuela until the money ran out, the economy crashed, and millions of people started fleeing. It’s the same old socialist story that we in the United States are now beginning to live through. The Catholic kids controversy is just one illustration of the revolutionary warfare being directed against all of us. Proposals like the “Green New Deal” and “Medicare for All” will make the U.S. into Venezuela.

Even in the face of a hostile Congress still consumed by Russia-gate, Trump is making progress, and the communists know it. That’s why rallies are being scheduled in front of the White House by the Party for Socialism and Liberation, in support of Venezuelan socialist President Maduro. We can expect the “progressives” and “socialists” in the Democratic Party to follow suit. Indeed, California Rep. Ro Khanna is now on record opposing any American support for freedom forces in this “internal, polarized conflict” in Venezuela. Khanna, First Vice-Chair of the Congressional Progressive Caucus, had served as Obama’s Deputy Assistant Secretary at the U.S. Department of Commerce. He is one of many “progressives” who refuse to blame socialists for the problems they are causing. They are true believers in socialism and want to try it here.

If Trump’s brave stand in favor of freedom in Venezuela means the collapse of the socialist regime there, America may learn a lesson in time to save ourselves.