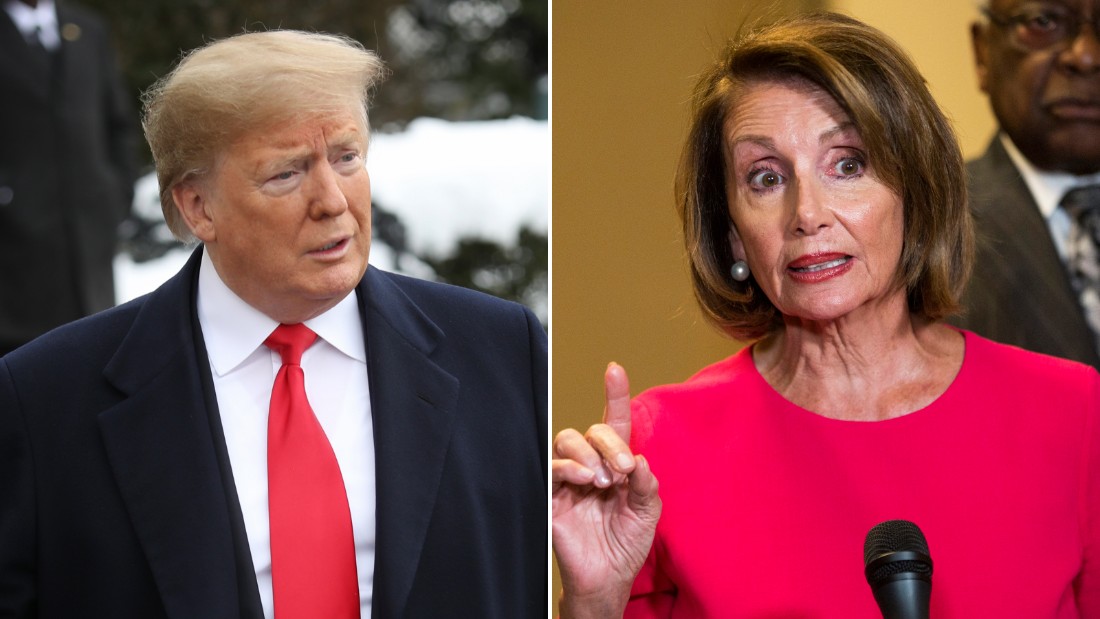 “A Gallup Poll conducted last week [mid-January, 2019] showed Trump with negative ratings of 58 percent and positive ratings of 40 percent. These figures reflected similar findings in the Economist YouGov poll conducted at the same time, which had Trump down 54-44 percent. In contrast, YouGov had Pelosi down 52-48 percent and Schumer down 49-32 percent. Trump has higher disapproval, but Pelosi and Schumer have lower approval ratings — in part, I think because they are less well-known,” veteran polling analyst Jay O'Callaghan told Newsmax.

But so what? What’s the difference whose poll numbers are higher or lower?

Some might ask, “Doesn’t that equate to popularity which directly equates to reelection chances?”

The short answer is, as of right now, it makes no difference.

First, it’s a year and a half from the next election. In terms of public opinion, that’s an eternity. And second, it would have more significance if we were comparing apples to apples, but we’re not.

It all comes down to the design of elections and the job of each representative.

The President represents all the States and people of America and thus his is the only national election. In other words, he is the Chief Executive who represents the Nation.

The House of Representatives, being closest to the people, represent the people of each State, and are elected accordingly within each State by several districts determined by population.

The Senate (originally) represented the States. Each Senator was selected by their State legislature. This, of course, was changed by the progressive left of Woodrow Wilson’s administration to undermine States rights.

This was a brilliant system where everyone was represented. The Nation has a voice represented by the President, which is why he is in charge of foreign policy, dealing with other nations and the military.

The election of the House is a purely democratic system of whoever gets the most votes, represents that particular district. In this single case, this pure democracy works, because of the locality of the process. Voters already reside in the district, so no one group has any advantage.

And then there is the Senate, who each were originally appointed by each State’s legislature, giving them proper representation in the National government. Without this provision of protection and self-preservation, many States would never have ratified the Constitution.

So what the heck does this long-winded historical soliloquy have to do with poll numbers?

Well, a lot. In this fight between Pelosi and the President, the only one who really has to worry about National poll numbers is the one who represents the nation and thus is elected on a national scale.

And of course, that’s Trump.

What does Pelosi care about her national poll numbers? She may be Speaker of the House, but at the end of the day, she’s just one of 435 Congresspeople. And as I explained, Congress is elected directly by the people of their relatively small State districts. The only ones Pelosi has to worry about pleasing in order to stay in Washington as long as she has (since 1987), are her constituents in California’s 12th Congressional District.

And as we know, representing San Francisco, she has nothing to worry about, unless she moderates, which won’t happen.