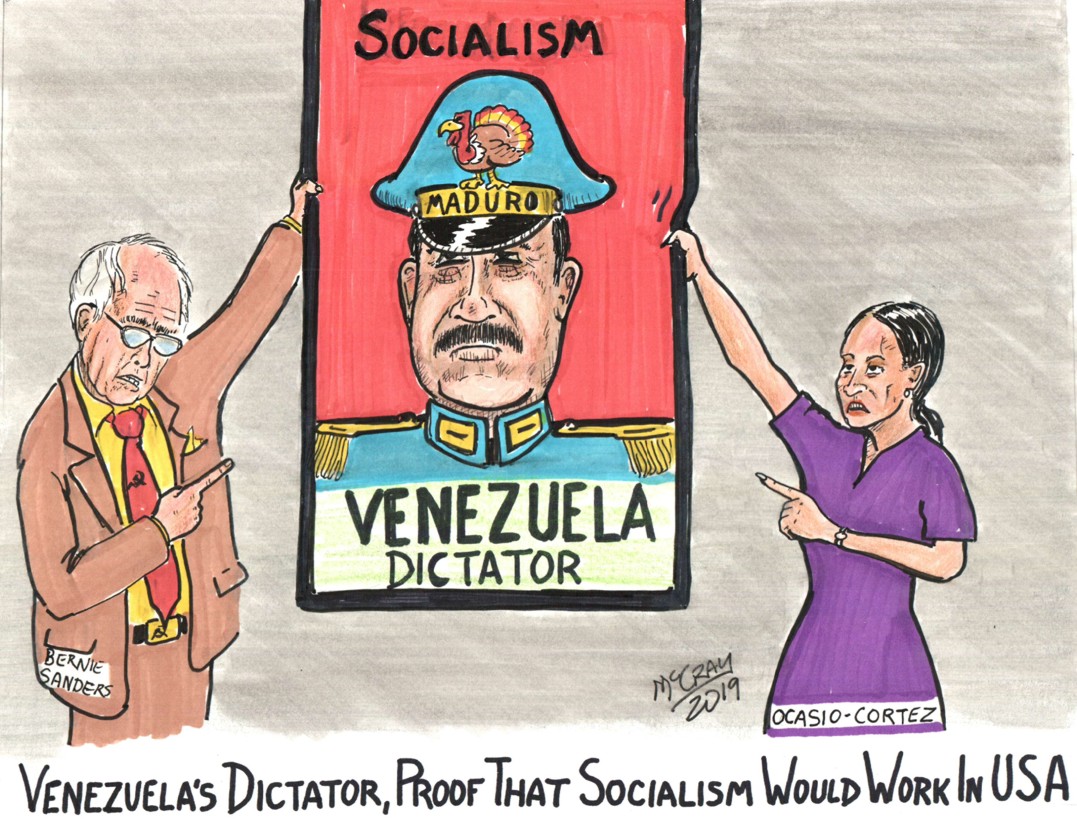 Socialism as a method of government has been the choice for Dictators for over a hundred years. The people are promised a perfect world while their leaders get rich and powerful, and the people always lose everything. It was defined by a professional slacker Karl Marx and his benefactor Fredrick Engles as a utopian fantasy world during the Industrial Revolution of England in 1848. Titled the Communist Manifesto, it promised equality for all, everything would belong to the people, where there would be no poor or rich, and everyone would be equal.

Socialism is the smiley face on Communism, in its true form communism gives everything to the people, which means the police state government where everything is property of the police state, including the people. Socialism is a watered-down version of communism where the intensity of control varies to different degrees. In the Russian socialist state of the Union of Soviet Socialist Republics, the USSR (1917-1991), the state was everything and the people had nothing. In the National Socialist German Workers Party (1933-1945) of Germany, better known by the corrupted acronym NAZI, it was a police state where people could own property and business.

In every case where Socialism has been tried it has been a complete failure; now the most recent shining star of socialism, Venezuela, is in the toilet. The people want the Dictator Maduro out and the country returned to democracy and the rule of law. Maduro’s support base has dissolved and the only thing propping up the regime is the military and they are getting cold feet; the moment they give in, it’s over.

So what is motivating the left in the United States to go for Socialism? The promise of everything free, and complete ignorance. The socialists wormed into the education system a long time ago, and history classes don’t present a complete picture of our past. Socialism is presented as a great thing, the founders of the United States and Constitution are vilified, and the classes of Americanism versus Communism were ended a long time ago. The baloney called Political Correctness was concocted as a tool to re-write history, cower people into silence and not teach the subjects all Americans should know. Socialists know that a dumbed-down ignorant population can be easily manipulated and turned into a willing mob.

A key feature of the Socialism being pushed in the U.S. is a single party system, which is National Socialism, but there is no difference from the National Socialist of Nazi Germany. Their goals are the same - anti-Catholic, anti-conservative, anti-Semitic, they want to destroy anyone who speaks out against them, destroy faith-based organizations, and control the schools. They want to destroy opposing political parties and views, as well as disarm the public so they can’t fight back, etc. Don’t confuse these people with the morons that run around waving NAZI Flags, giving Hitler salutes, and strutting around wearing NAZI Uniforms, the focus of that bunch is on racism.

The National Socialists that run the old Democrat Party are the real thing, regardless of what they call themselves or call others. We are literally witnessing history repeat itself; all that is lacking is the sick and twisted charismatic leader. The goal of the National Socialists is the overthrow of the United States, the destruction of the Constitution and the Bill of Rights, replacing it with a single-party police state.