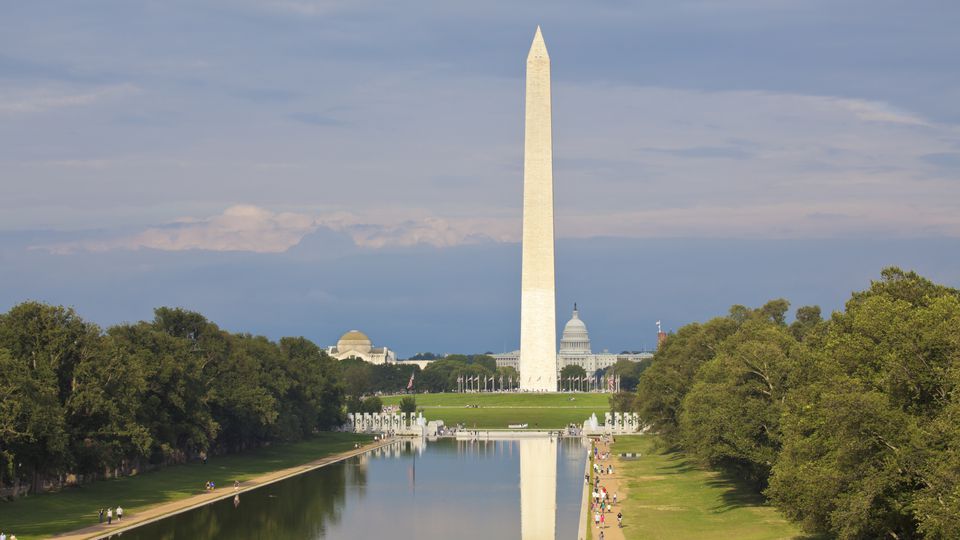 The ancient Hebrew prophet Micah seemed to have Washington, D.C. in mind when he wrote, “The good man is perished out of the earth: and there is none upright among men: they all lie in wait for blood; they hunt every man his brother with a net.” To the careful observer, it seems that passage might apply to Washington since it appears the only upright thing in Washington is the Washington Monument.
No doubt, many good Conservative men and women have been sent to Washington but it seems as soon as they arrive in town, they turn left. And as everyone knows, a left turn leads into darkness. It seems the drinking water is contaminated and everyone gets Potomac Fever that renders the victim incapable of telling the truth, acting honorably, living consistently, supporting equal justice, and sleeping with the proper person.
When some have tried to be honorable and upright, they are always scorned as Job discovered and recorded in Job 12:4, that “the just upright man is laughed to scorn.” Even many Conservatives feel uncomfortable when they defend decency, family values, hard work, equal treatment without special treatment, accountability, etc. Very few people will stand up for truth when everyone seems to be laughing and demeaning his person, his positions, and his proclamations.
How long has it been since you have heard an unapologetic, unashamed, and unwavering politician say something like these statements?

“I believe that it is always wrong to lie even if it is a politician, FBI, or IRS agent.”
“Down through the centuries, marriage has only been between one man and one woman for a lifetime.” “Transgenderism is fictitious, false, and a farce."
“Islam is not a religion of peace but a political, judicial, and economic system of sex, control, terror, and death.”
“I promise never to vote to raise my own salary and if it is done, I will refuse to accept it and will never go to work as a lobbyist when out of office.”
“I will never vote for a bad bill even if offered by my own party and will always support a good bill offered by the opposition.”
“The killing of an unborn child is always, without exception, the taking of an innocent life and the perpetrators and supports are brazen baby killers.”
“I believe race-baiters such as Jesse Jackson, Al Sharpton, and Maxine Waters are discredited, dishonest, and disreputable people with whom decent people should not associate. They are a disgrace to their race—the human race.”
“People should be proud of their race whether white, black, red, yellow, or polka dot. I happen to be white and am proud of it.”

Gasp!
Even some Washington officials who would agree with some of the above are always mealy-mouthed, wishy-washy, and weak-kneed in their agreement.
It seems Washington, D.C. is occupied and ruled by liars, loonies, losers, lackeys -almost all liberals. I am convinced that few people in power are ever bothered with deciding between right and wrong. According to today’s warped philosophy, there is no right and no wrong. Well, intolerance will be considered wrong but everything else is up for grabs. Of course, we must always be tolerant with people, but never with the truth.
It seems there are no absolutes since that would mean mankind would be responsible to study, think, and pray to discover what is right; then have the character to choose the right. However, that would mean those who disagree would be “wrong,” making individuals uncomfortable and dividing people.
In the past, most politicians at least pretended to be fair, honest, and balanced but not now. Like the people of ancient Israel, they cannot blush. They will do anything to promote their own agenda whatever it takes. If Charles Schumer, Nancy Pelosi, Mitt Romney, et al., discovered that they had cannibals among their constituents, they would promise them missionaries for Sunday dinner. And those “missionaries” for the cannibals’ pot would probably be white, armed, creationist, homeschooling, or Christian school parents.
Solomon wrote in Proverbs 11:3, “The integrity of the upright shall guide them: but the perverseness of transgressors shall destroy them.” The Old Testament integrity is the same as character. It conjures up the idea of honesty, honor, rectitude, goodness, morality. In other words, uprightness.
For any person who is upright, Solomon promised in Proverbs 20:7, “The just man walketh in his integrity: his children are blessed after him.” One can hardly ask for much more than living an upright life, then seeing his children walking in the same direction.
Copyright ©2019
Read more by Don Boys, PhD
Tweet