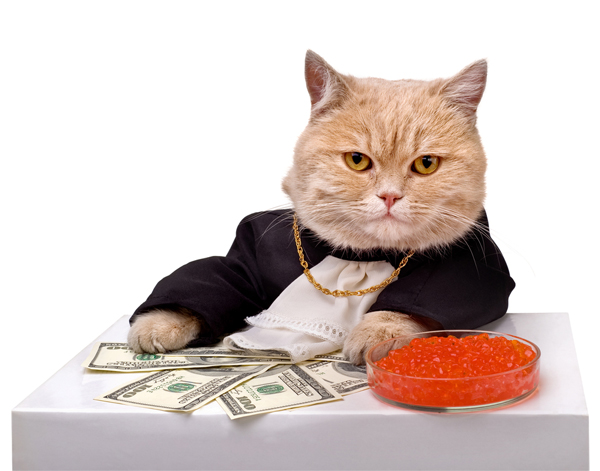 Because they never have to pay them!
One might assume that the Democrat elites…those political, Hollywood, media, athletes, Wall Street, Trust Fund babies, and all of the other overprivileged and underwhelming denizens of the pampered ‘Limousine Liberal’ class of bloviating virtue signalers - the ones who make up the driving force within the Democrat Party - must be crazy.

I mean really, why would they advocate Marxist tax policies that would leave them sharing the same financial fate as the rest of their other fellow human beings, instead of the platinum-plated lifestyles they are used to?
Well, they are of course (crazy that is), but not for frothing on about increasing taxes. They do it for the same reason that they do everything - another phony, empty gesture that sounds good but in reality will not cost them a thing.
It’s the same shameless hypocrisy as when they cry about the ‘homeless’ while scarfing down magnums of Dom and buckets of caviar. Or calling walls ‘racist and immoral’ while hiding behind their gated and guarded compounds.
It’s all smoke and mirrors, and just another example of how stupid they think the rest of us are - that we are actually falling for their charade while they say one thing and do another.
In the cases of the 'tax and spend' new shining light of the ‘dim bulb’ crowd, the newly minted DNC congressional star, AOC (they are now identified with acronyms as it’s too complicated to remember those long names) has blathered that under Eisenhower the tax rates were up to 90%! Yea!!
However, she fails to mention, or perhaps as with most of what she says, is simply unaware that no one actually paid that rate - for the simple reason that if you had enough money to get to that bracket you also had enough money to have an army of tax accounts and lawyers to ensure that you most likely wound up paying a lower percentage than your secretary. That is exactly what Warren Buffet said he did.
Thus the ‘big lie’ (a term coined by the Nazi Minister of Propaganda, Joseph Goebbels) is that only the “rich and super-rich” would be soaked by this tax. The reality is that none of them would pay it. In fact, given hundreds of potential new deductions that the Dems would pile in to protect them and their donors - they would probably pay less!
So, who would be left to make up the shortfall that would arise from less tax revenue and more spending that the Democrat Socialist state would produce? The answer is staring back at you from your mirror my friend. The same people who pay for everything under socialism…the middle-class working folks.
The same hard-working Americans who make everything work and are the butt and demons of every Democrat sneer, smear, and rant…us.
Thus, while it might be fun to fantasize about high taxes resulting in the Hollywood Libs and snooty ‘Fat Cat’ elites being booted out of their country clubs and mansions, the harsh reality is it ain’t never gonna happen. Especially not as long as the DNC hold power.
After all, do we really think they will ever pass any laws that hurt them or their cronies in any way, shape or form? Not only would Hell have to freeze over but Nancy and Chuck would go on MSNBC and CNN to declare their love for Trump before that would ever happen.
Nope, you can take it to the bank (or hide it under the mattress along with anything else you want to keep the Dems from getting their hands on) any tax increase the Democrat demagogs shriek about has only one real target, my friends…You and me.
Copyright ©2019
Read more by Ric Wasley
Tweet