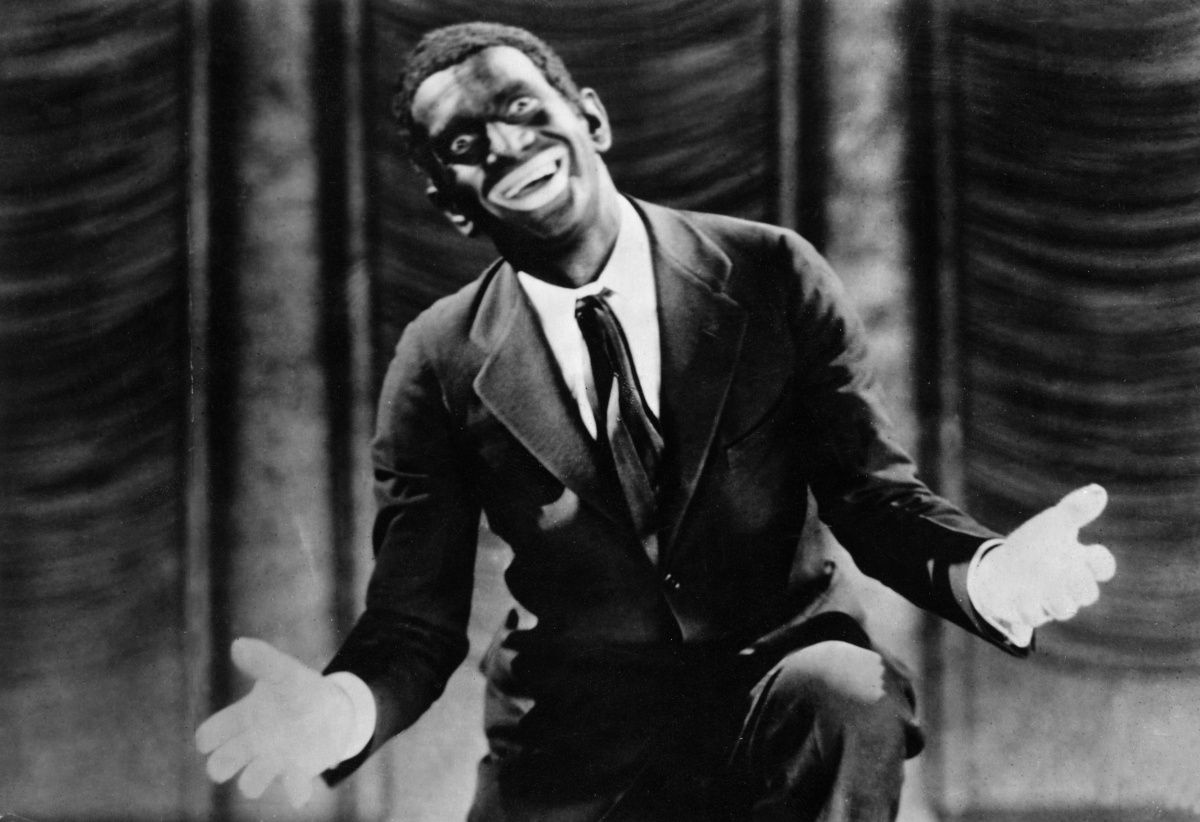 The state of Virginia is in trouble. Recently it was discovered that Governor Ralph Northam’s 1984 yearbook reveals him in blackface or as a Klan member. The yearbook photo was of a man in blackface and another man in a Klan costume. Northam was not sure which one he was; then he denied that he was even in the photo, but he did confess that he had imitated Michael Jackson in blackface.

Everyone is aghast at such actions, but few gagged and gasped for breath at the governor’s defense of killing newborn babies; so it seems blackface is anathema but baby killing is acceptable. President Trump was right when he declared, "All children, born and unborn, are made in the image of God."

It got worse for the Democrat administration when the state’s Lt. Governor Justin E. Fairfax was accused of a 2004 sexual assault by a college professor. Then it was revealed that the Washington Post (champions of the double standard) had the story a year ago but refused to publish it. You may remember that they were not reticent to run an unsubstantiated story about Judge Brett Kavanaugh. But then, he is a Republican.

Then, another shoe dropped when Virginia's Attorney General Mark R. Herring confessed to wearing blackface at a party in the 1980s - now all three top officeholders are in trouble.

Of course, like buzzards circling over a road kill, Al Sharpton showed up and called forcefully for Northam and Herring to resign saying, “If you sin, you must repent for the sin.” Such sanctimonious hypocrisy would gag the aforementioned buzzards. Sharpton is America’s number one race-baiter, with Jesse Jackson a close second. Sharpton has never answered for the Tawana Brawley hoax that destroyed six innocent men in 1987.

Tawana was 15 years old when she told police and reporters that she had been raped by six white men, including a local prosecutor and a police officer, who scrawled racial epithets on her body and left her in a vacant lot, according to The New York Times. Her lie, supported by Sharpton, ruined six men but made Al a television commentator on MSNBC although he has major problems reading plain English from his teleprompter. His show is seen by hundreds, maybe thousands of viewers.

Al is back doing his thing (race-baiting) since blackface is a terrible crime against humanity. But is it? Is it possible that one can do a blackface routine without being a racist?

It seems admitting doing blackface is worse than killing helpless babies. Most of Virginia’s Democrat leaders and many national Democrat leaders demanded that Northam resign. However, they were not concerned with him advocating the killing of newborn babies, just his blackface or KKK episode.

To most people, the photo of him (or whomever) in blackface and the other of a man in a KKK robe are equivalent. They are not. They are worlds apart. It must be remembered that the Klan was a white terrorist group of southern Democrats founded after the Civil War. A group of former Confederate veterans founded the first KKK as a social club in Pulaski, Tennessee in 1866. When it reached its peak in the 1920s, the membership had more than 4 million members in many states.

The KKK members (mostly Democrats) were incensed that Blacks were elected in the Reconstructed south (as Republicans) during the late 1860s. During those days, seven black politicians were killed by the Klan. Klan members adopted a white, hooded costumea guise intended to represent the ghosts of the Confederate dead - to avoid identification and to frighten and intimidate white and black Republicans. The Klan specialized in murder, lynching, arson, rape, whippings, and bombings.

To condone or to defend the Klan is irresponsible; however, blackface should be looked at as the immature actions of college students who have more time than they have social consciences. The guilty Whites parading as Blacks were not necessarily bigots; only thoughtless morons. It is said that the earliest blackface performances stereotyped black men and women as “ignorant, hypersexual, superstitious, lazy people who were prone to thievery and cowardice.” After watching a blackface act in 1848, abolitionist Fredrick Douglass called the white performers "the filthy scum of white society" in his The North Star newspaper.

Yes, there was that aspect of blackface but there is another side also.

In the early 1900s, Blacks were played by white actors in blackface because the white elite did not think Blacks could learn their lines and fake emotions required by the script. Moreover, Blacks were banned from Broadway productions and were finally employed in movies as dumb, slow-talking, lazy, stumbling, or dangerous “darkies.” This practice was common into the 1930s. Then Al Jolson, in blackface, became a sensation to Blacks and Whites. Al Jolson was a Jewish immigrant who became the most famous and highest paid entertainer in America. He was considered “The World’s Greatest Entertainer.” He is perhaps best known for his portrayal of Blacks by wearing blackface.

While Jolson appeared in other roles, he became famous for The Jazz Singer where he won the hearts of Americans even in blackface. The oldest black newspaper in the nation Amsterdam News stated that The Jazz Singer in 1927 was “one of the greatest pictures ever produced,” and that, “Every colored performer is proud of him (Jolson).” Jolson chose to star in The Jazz Singer which defied racial bigotry by introducing black musicians to audiences worldwide.

Jolson introduced America to Black musicians and actors according to the St. James Encyclopedia of Popular Culture stating, “Almost single-handedly, Jolson helped to introduce African-American musical innovations like jazz, ragtime, and the blues to white audiences.”

According to film historian Eric Lott, "For the white minstrel man to put on the cultural forms of 'blackness' was to engage in a complex affair of manly mimicry...To wear or even enjoy blackface was literally, for a time, to become black, to inherit the cool, virility, humility, abandon, or gaité de coeur (cheerfulness with a light heart) that were the prime components of white ideologies of black manhood." Lott thought Jolson was a positive for Blacks and Whites.

Jolson, as a 25 year old, fought discrimination on Broadway and later in the movies. Furthermore, he promoted a play by Garland Anderson (a black) which became the first production with an all-black cast produced on Broadway. Jolson demanded equal treatment for Cab Calloway, with whom he performed duets in the movie The Singing Kid.

Noble Sissle was a black songwriter in the 1930s who declared, "[h]e was always the champion of the Negro songwriter and performer, and was first to put Negroes in his shows."

Jeni LeGon, a black female tap dance star, recalls her life as a film dancer: "But of course, in those times it was a 'black-and-white world.' You didn't associate too much socially with any of the stars. You saw them at the studio, you know, nice—but they didn't invite. The only ones that ever invited us home for a visit was Al Jolson and Ruby Keeler."

British performer Brian Conley, former star of the 1995 British play Jolson, stated during an interview, "I found out Jolson was actually a hero to the black people of America. At his funeral, black actors lined the way, they really appreciated what he'd done for them."

No one considered Jolson a racist in his day and it is contemptible for moderns to make unfair, untrue, and unwarranted judgments about his blackface performances. Haters and bigots do not treat the object of their hatred as did Jolson. His blackface performances were not proof of bigotry, but were his way of helping black performers by putting first himself and then them in front of his audiences.

There is an inclination to judge the past in the light of modern standards. It is unreasonable to criticize early Americans and their relationship to Indians without knowing what it was like to live in constant fear of being scalped, raped, or burned alive while living in a lonely cabin many miles from assistance.

Likewise, it is unfair, even silly to hold anyone’s feet to the fire for what he or she did in college. I refuse to fault the governor or any other politician for doing blackface when they were younger; however, I do believe anyone who defends, promotes, and advocates the killing of babies should be recognized as baby butchers and be shunned by polite society.

Killing innocent, defective babies is not just a slippery slope; it is a bottomless pit.