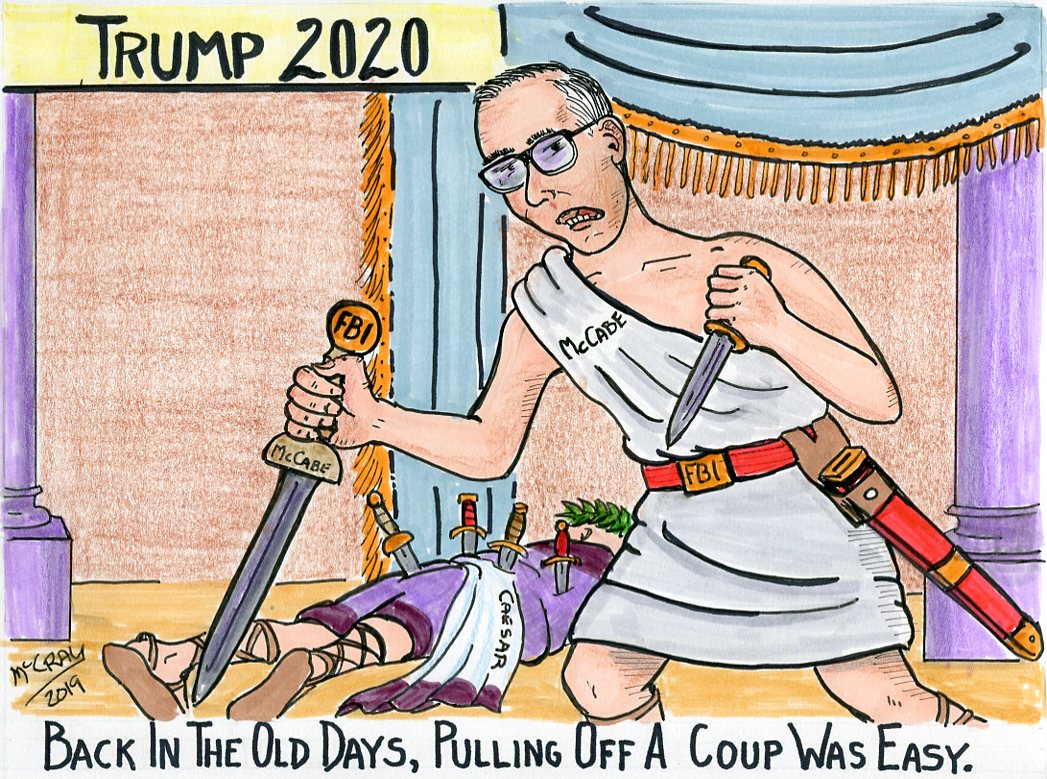 The election of Donald Trump in 2016 shook the establishment political world to the core, so much so that the guardians of the gate, the Federal Bureau of Investigation (FBI) decided to take action. As the saga has evolved, the directorship of the FBI plotted and tried to execute a political coup to remove the legally elected President of the United States.  How dare the people or as some call them, the Deplorables, have a voice, a representative in the White House; the election was supposed to have gone to the Establishment Queen, Hillary Clinton.

So incensed by Clinton’s loss, these self-righteous, self-appointed, and highly inflated egos leading the FBI along with assistance from bad actors in the Department of Justice and Clinton’s political organization, threw the rule of law in the toilet and conspired to unseat President Donald Trump, using the now infamous and debunked Trump Dossier created by a former British Agent for the Clinton Campaign. Then they used and manipulated the secret FISA court to destroy those on the Trump Team with hopes of getting at Donald Trump.

For decades, only the political class of both parties seemed to have the right to be President, the candidate had to be totally entrenched and indebted to their party. The problem for these political elites is that the general public that pays the taxes have had enough. So when a maverick outsider like Donald Trump comes on the scene and doesn’t speak in political double talk and goes to the heart of the problems, the public has a champion. While many of the Republicans dance around like three-year-olds needing to go to the bathroom, the Socialist Democrats are screaming in terror as President Trump unravels the garbage regulations put in over the last 30-40 years that were used to control the public. There has been a steady avalanche of calls for impeachment, wild accusations, demeaning characterizations, immature insults, and that’s just from the press. The Washington D.C. political class is trying any political stunt, phony investigations, and misrepresentations to wreck Donald Trump chances for a second term, their focus is all on the next election.

A coup attempt against a ruler is nothing new; ever since the beginning of time, a coup has been the method of choice to promote oneself to a higher position. Now that this coup has failed and is unraveling, those involved are now acting like the misguided crusading angels whose actions were in their eyes completely honorable, or they were just following orders.

In the case of the former Deputy Director of the FBI, Andrew McCabe, who was caught lying and was fired by the FBI, is trying to rewrite the history of his actions in a book he is promoting. In this effort to cover his backside he is appearing on news programs selling this book and making an effort to make people sympathetic. McCabe is in effect weaving his own hanging noose, the more he talks, the more contradictory statements come out. All McCabe has to do is position the noose around his own neck and jump off the scaffold. You can be assured Andrew McCabe won’t go by himself, he is already pointing fingers at many of the high and mighty of Washington, D.C.