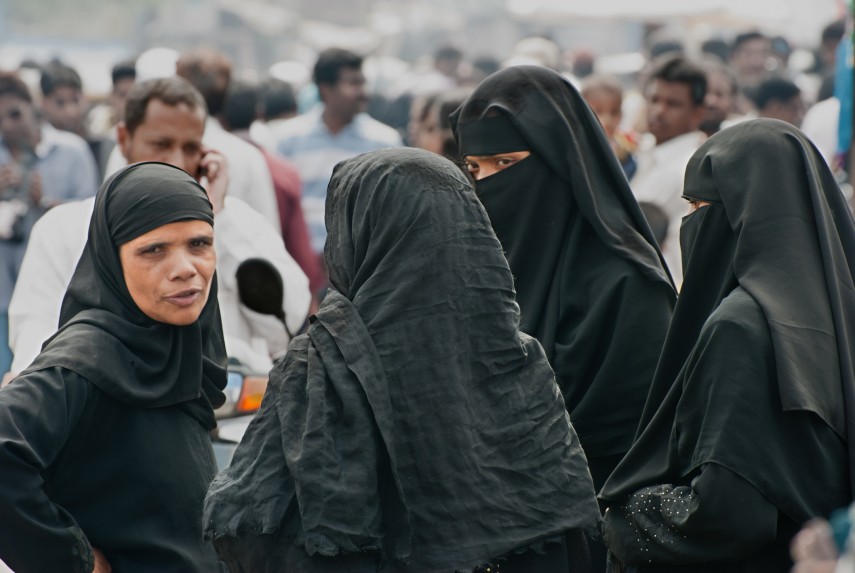 The Republicans are supposedly waging a "war on women” because they support the right of Christian organizations not to include contraceptives or abortifacients in their employee health insurance. Democrats are now in high dudgeon, and they want new legislation to protect the “rights of women” supposedly taken away by the Supreme Court in the Hobby Lobby case. Further, many members, though not all, of the Republican Party, are pro-life, which is a position that causes the blood of Democrats to boil.

But there is truly a war on women going on that these same radical Democrats and defenders of “women’s rights” say nothing about. We do not read even muted comments about this other war: namely, the application of female genital mutilation (FGM) in sub-Saharan Africa and throughout the Middle East. It’s estimated, for example, that 97% of the women in Egypt have undergone this primitive, excruciating, and wholly unnecessary practice. Just this month, the Islamic State (sometimes referred to as ISIS or ISIL) issued a fatwa (a theocratic, binding command) that all women living in the areas they control will undergo FGM. Estimates vary, but it will apply to approximately four million women between the ages of 11 and 46.

The liberals, who downplay the threat of Islam to Western civilization, hide behind "cultural relativism" on this one. There is no outcry against this barbaric practice. Instead, the cultural relativist says to himself or herself, "That's just how some third world folks are. You can't expect people to change overnight." In short, the culpability of Third-World countries is minimized.

This type of reasoning fails to acknowledge that there are good and real reasons why some countries are called "civilized" and some are called "backward."  Adherents of it fail to see the importance of values in shaping people. And in particular, they fail to see the significance of Judeo-Christian or biblical values, as in the Ten Commandments and the Sermon on the Mount, in shaping the defining moral and spiritual aspects of a decent society.

Thus, FGM is often perceived by its opponents not as a clash of civilizations, but as a technical issue to be overcome, but not aggressively deplored. The Muslim world's debates center on which type of FGM is “more sanctioned” by religious texts – the pharaonic circumcision, which requires the removal of the entire clitoris, or Sunna circumcision, the most common form in the Islamic world, which requires removal of the fold of skin covering the clitoris (prepuce). While some Islamic clerics say circumcision is not obligatory for women, others say it is. An outraged West should incessantly be asking: "Is this a debate worth having?"

The cutting of the clitoris of girls is intended to curb their sexual desire and preserve their sexual honor before marriage. The practice has a tremendous cost: many girls bleed to death or die of infection. Most are traumatized. Those who survive can suffer adverse health effects during marriage and pregnancy. New information from Iraqi Kurdistan raises the possibility that the problem is more prevalent in the Middle East than previously believed and that FGM is far more tied to religion than many Western academics and activists admit.

When asked why they subject their daughters to the operation, many Muslim women respond that it has always been like that. Because the clitoris is considered "dirty" (haram), women fear that they cannot find husbands for their daughters if they have not been mutilated, and many believe that men prefer sex with a mutilated wife.  Others stress the religious necessity of FGM, even though Islamic law is unclear on the matter.

FGM alerts us that we are in WWIII, but it is a war of civilizations, not of nations as such, although some terrorist nations such as Libya, Iran, and Qatar are involved. Nor is religion per se defining this conflict. Although religion is paramount for the jihadists, it is not for the West. One side of this conflict is Western, pleasure-seeking, technological, democratic, and motivated by Judeo-Christian values. Interwoven in this gestalt are socialistic, communistic, and quasi-humanistic ideas of progress (derived from Judeo-Christian ideals yet not acknowledging that derivation).

Obviously, some of these trends and themes within Western civilization are in conflict with each other. Yet all of these factions are together, to a greater or lesser degree, at war with another alien lifestyle and mindset. That other side of the conflict is Islamic - totalitarian, anti-progress, indifferent to scientific advances, death-oriented, rage-filled, duplicitous, maniacal, vengeful, non-productive, and dependent yet prideful (denying said psychic, political, and economic dependency). Marriages to children are permitted, public executions including beheadings, stonings, and hangings are common, public caning for bad behavior can even be seen in “moderate” countries like Indonesia and Malaysia, cutting off of hands or arms for stealing is not unusual, honor killings for converting to another religion or being caught having sex outside of marriage, and wife beating as a norm are all egregious, offensive, and/or unlawful in the West.

The vile essence of this opposition can be seen in the widespread practice of FGM. Here, on a day-to-day basis, we see the very worst in mankind manifesting itself. If we do not win in the struggle against Islamic supremacism, the cult of FGM will have prevailed. Who can bear the thought?