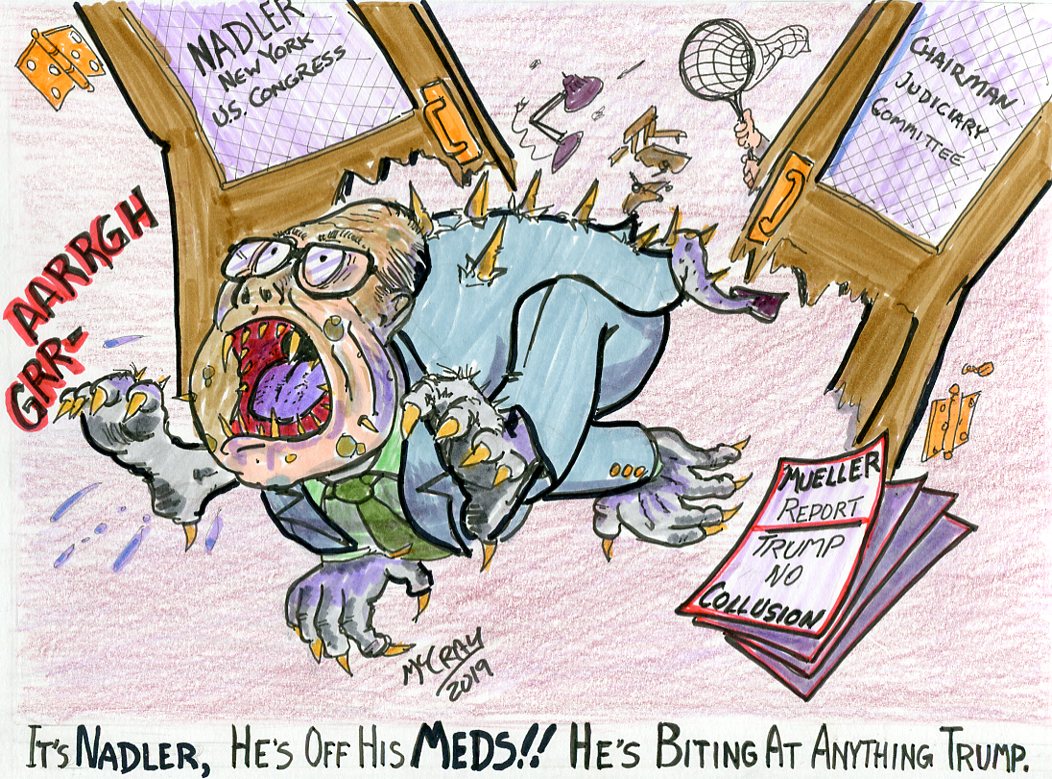 The symptoms are worse than Rabies - wailing, slobbering, biting at anything wearing a red hat, a state of derangement about anything related to President Donald Trump. The findings of the Mueller investigation determined that no collusion existed between Russia and the Trump campaign or administration. So, a state of denial exists among the haters of Donald Trump who are acting as if the Mueller Report is continuing or are engaging in the blame game or that Mueller was secretly working for Trump and Attorney General Barr has whitewashed the report.

The celebrities of the entertainment industry are in total dismay as to how it is possible that Trump was innocent. This, in spite of all of Hollywood’s effort to paint Trump and his supporters as sub-human beings controlled by Russian Leader Vladimir Putin, and especially since congressional leaders have made specific charges against Donald Trump with claims of insurmountable proof of criminal acts.

The media and the usual bad actors in Congress claim that Trump obstructed justice since he was not exonerated by Mueller of obstruction; how is that possible, if there was no crime to obstruct? Rep. Nadler (D-NY) wants to investigate Trump on obstruction and Rep. Swalwell (D-Ca) stated March 26, 2019, that the only person that was caught lying about Russia is the President. Rep. Adam Schiff still claims he has proof of collusion with Russia and the Trump Administration, regardless of exoneration by the Mueller Report. This is insanity to the absurd. After the entire Mueller Report is released minus the Grand Jury Statements and Items related to intelligence as required by Federal Law, you can bet on calls of cover-up and demands for everything including those redacted items. The wackos in the Media and Congress will use those restricted items to continue the idea of impeaching the President.

The so-called Democrats in Congress are looking at two things, their hatred of Donald Trump and the 2020 National Election. They have nothing to offer in terms of a real goal for America, everything has been wrapped up in the effort to destroy Trump and the Republican Party. They were so certain that they had everything in the bag, so much so, there are no backup plans or options are available, they have to continue on this line or admit they have lied from the beginning.