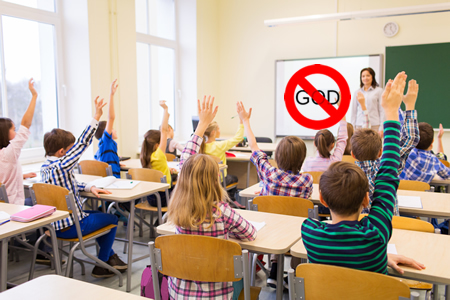 Last week we discussed The Un-American Education System in America, and I received a lot of feedback. Among those responding was Rich, who I quote:


Noah Webster, author of the dictionary that bears his name, is also known as the "Father of American Scholarship and Education.” In Webster’s definition of the word education, he wrote:


To give children a good education in manners, arts and science is important; to give them a religious education is indispensable; and an immense responsibility rests on parents and guardians who neglect these duties.


Notice his emphasis for education is NOT the responsibility of government, federal or state, but rather parents.


During the years of 1776-1835 in America, various educational choices were established that brought about a 70-100% literacy rate in the colonies, much higher than what existed in Europe, which had many more universities. During the founding era, churches (NOT the government) became involved and established charity schools for the poor in the community who could not afford to pay teachers. These were known as “Free Schools.”


With the Bible at the heart of schooling, early Americans understood the role of government to be a simple one: protect the God-given rights of life, liberty and property found in Genesis 1:26-27. They understood the role of education as coming to know God and the scriptures, gaining knowledge about creation, learning what was needed for a productive life, and learning to live right by God.


Tragically, public education has become a godless, monolithic monopoly today (overseen by government bureaucrats rather than parents) with forced, compulsory attendance and content that is more about teaching students what to think rather than learning how to think.


The deluded Supreme Court of 1963 believed the Bible and prayer should be banned from schools indefinitely. What fruit has this netted? Academically, America is near the bottom of science and math scores in developed countries. Even worse, crime and violence have increased dramatically on school campuses in addition to our neighborhoods.


So how can liberty survive in America? By teaching the safeguards of Liberty.


Our Founding Fathers did not invent the priceless boon of individual freedom and respect for the dignity of men. That great gift to mankind sprang from the Creator and not from governments. If our YOUTH are rightly instructed in the faith of our fathers…then our power will be stronger… The great documents of that heritage are not from Karl Marx. They are from the Bible, the Declaration of Independence, and the Constitution of the United States. Within them alone can the safeguards of freedom survive. [emphasis added]