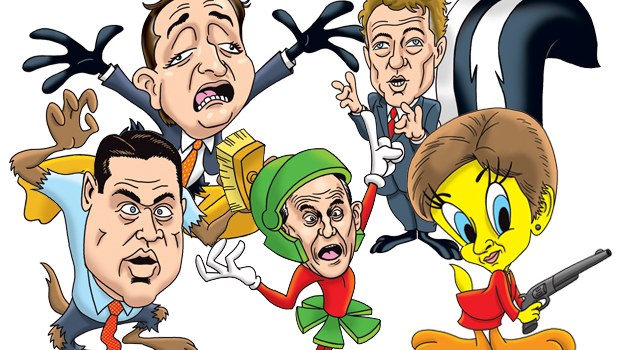 Someone once said, “Life belongs to the living and he who lives must be prepared for change.” Change is inevitable, for good or bad, people, places, and things tend to change from day to day, and sometimes even from one moment to another. And one of the most, if not the most, powerful forces on this planet that brings about change anytime it wants to, and you have no say in the matter, happens to be a female. What happens however when one of those changes defies any reasonable explanation?

Mother Nature or Mother Earth is a personification in the Western tradition, and according to some, through the will and hand of God, is the source and guiding force in creation. She can be destructive and deadly, then in a moment without notice lift the veil and reveal the beauty and grandeur of the earth and heavens. She can ravage the land, and lay it waste, but she also breathes life into the inhabitants of this planet, the people, the animals, trees, and flowers. And although the experts would have you believe they can determine her every move and impact, sometimes perhaps, but this lady does not suffer fools and does whatever she prefers.

One of Mother Nature's greatest achievements, some might even call it a miracle, is what must be the ultimate change, metamorphosis. The lowly caterpillar, a defenseless and delicate creature, always underfoot and crawling on its belly until one day it sleeps in its cocoon, and when it awakens a new life form, the butterfly or moth with magnificent rainbow wings - a new member of the insect world emerges. What other changes are out there in her purview that science has not yet discovered? Hopefully one day we might have the privilege of knowing.

There is little doubt that Mother Nature has a significant, either positive or negative, influence or impact on just about everything, especially people? It is clear that the weather, as an example, does, in fact, affect our moods and behavior. We’re all familiar with the term “winter doldrums and cabin fever,” the cold and early arriving night, and how at times we’re holed up in our homes because of inclement weather, and how it can cause us to become depressed and filled with anxiety. But then there are those bright hazy sunny summer days when all seems right in our lives, and the world and the future hold promise.

Is Mother Nature capable of making mistakes, can she falter and stumble? The answer for some would be yes, and they would point to the LGBTQ lifestyle, transgenderism in particular, and we know the change this involves. I could take the opportunity now to expand on this issue, but suffice it to say, just a suggestion, “Don’t fool with Mother Nature.”

There is another change that I have been building up to here that seems to defy common sense, and any reasonable description and rational explanation. I speak of what appears to be the regression and collapse of the Democratic Party. Now I have written at length over time of the many transgressions, the recklessness, and hostility of Democrats, but it has now gone beyond anything we could have imagined.

Consider, if you will, and think about all that has occurred over the last 2½ years, the party’s threatening behavior, and that of their supporters, how they have spiraled out of control into heights of absurdity and the ridiculous. Beset with internal conflicts, and an agenda that is irrational and borderline psychotic: open borders, reparations to blacks, eliminating the electoral college, anti-Semitism, free education, free medical care, increasing the number of Supreme Court justices, sanctuary cities, driver's licenses for illegal immigrants, “Drag Queen Storytime,” countless investigations, democratic socialists, abolishing ICE, and the “Kitten Act” - yes you read that right.

If it weren’t for their mainstream media enablers, making excuses, and reporting fake news, Democrats could not withstand the test of legitimacy, sanity, and would implode. And to top it all off, lest we forget, a who’s who rogues gallery of radical leftists vying for the presidency, it is a sad joke.

The last nail in their coffin was the total and complete surrender to the darkest inner demons of their nature - abandoning any semblance of compassion and humanity and respect for the sanctity and dignity of life. The party of our parents and grandparents has been transformed to such an extent that it could well be thought of as a metamorphosis, not into a thing of beauty but something darker, malevolent, a monstrosity, hungry for power, and filled with rage and hostility. It has become an angry, unhinged, and hate-filled mob that condones the ugliest, brutal, and most heinous of evils, infanticide.

What could possibly be the reason for this monumental change in behavior and agenda? Could it be - is Mother Nature the culprit here? Is she having some sort of effect on Democrats and their supporters, exerting some unseen and undue influence, negative karma, on their disturbed and unstable minds? Or is it something else, is it conceivable, putting aside all the cynicism, and attempts at being flippant, that the election of Donald Trump, the hatred they have for this one man, and the threat he poses to their version of America has indeed driven Democrats and their supporters off the deep end and into the depths of psychosis? Or could this be a second opiate crisis, only in this case it afflicts the Left, and the remedy is the destruction of the Trump presidency?

This is a serious matter; I believe if the Democratic Party and its supporters continue to devolve as they have, it poses a threat to the nation. Think about what the reaction will be if, hopefully, Mr. Trump is exonerated in the Mueller report, and then reelected in 2020. Just the thought of it is disturbing - to them!

[I originally completed and ended this article with the above closing, prior to the issuing of the Mueller report, but as you are now aware the first obstacle has been accomplished, so be very very careful.]