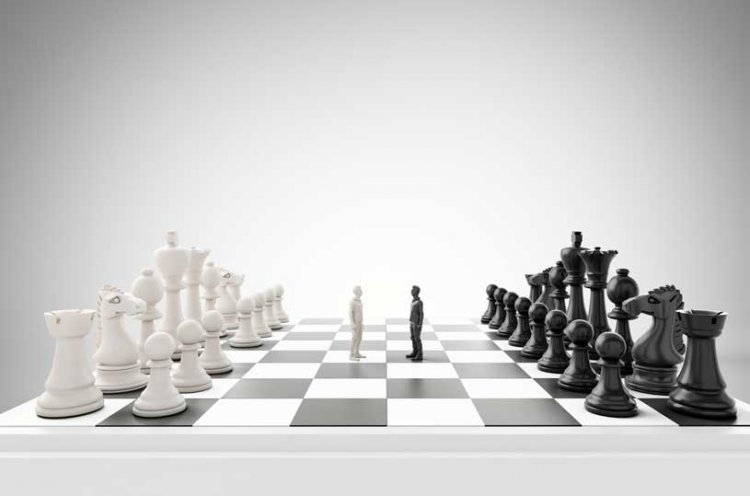 The simple answer is an emphatic... No!


The second answer is actually a question - with also a simple answer.
Would they have been, if their made-up, malicious, witch-hunt machinations been proved to have even the slightest bit of merit? The answer again is…No.
And that presents conservatives with a dilemma. You see, since the protest movements of the 1960s, we have gotten too used to being the ‘adults in the room’ as a balance to the immature, unhinged, and often violent rants from those on the left.
We, especially those of us in the Boomer generation, still look at the nonsensical, screaming, childish antics on the left with a certain degree of tolerance, perhaps hoping that they’ll grow up someday or outgrow their emotion-led histrionics and finally see reason.
We tend to forget that once you peel back the student chants and silly PC ‘protest du jour,’ the underlying structure of Leftism is not youthful idealism - it has, is, and always will be ruthless authoritarianism and oppression.
Go back to the roots of the history of leftist authoritarianism at the beginning of the 20th century, when the legitimate grievances of downtrodden workers and peasants were perverted and co-opted by the ruthless thugs and gangsters of the Bolsheviks. Ultimately all of those who realized what a mistake they made were ‘purged’ and eliminated by their own murderous left.
Next came the Fascists in Italy, followed closely by Germany and the corrosive rise of the Nazis, who took power by creating a myth and giving their resentful followers someone to hate.

With the Nazis, it was the Jews.

Our Left has done the same thing here. In their case it is Trump
The methods, however, are just the same. Straight out of the 'rules for radicals' playbook.
Convince your followers that all their problems can be blamed on someone other than themselves.
The Nazis blamed the Jews even though there was no evidence.
Just like the Left promoted Trump as their straw dog for leftist failure despite the fact that there was no evidence.
And once again the leftists' propagandists, who control the media, present the convenient cure for these manufactured crimes and fake news.
The formula is as simple as the bereft rhetoric of the Left.
In Russia, it was the ‘dictatorship of the proletariat.’
In Nazi Germany, the myth of the Aryan Superman and the ‘Final Solution.’
In Mao’s China, kill your parents and teachers while chanting with your ‘little red book.’
In the Middle East, Isis, with burning, beheading, and stoning.
Perhaps we should be relieved that in our hemisphere the worst the Left has done is simple starvation and oppression of their own populations as in Cuba and Venezuela.
In our own country, we've had two years of manufactured crises: ‘fake news,’ and night after night of spin, prevarication, and outright lies by the propaganda arm of the DNC known laughingly as the MSM (mainstream...?) media.
Make no mistake though - just because this latest attempt at overthrowing the results of an election has failed, the left is not through, not by a long shot. They never are.
And here is how we Conservatives continue to make our mistake.
There are already calls by RINO Republicans to “be magnanimous in victory,” “reach out in the spirit of compromise,” and of course that wonderful old saw of the swamp creatures anxious to keep their jobs…”We must move on.”
Right.

When did the Democrats and vindictive left ever “move on”?

Certainly not after the election of 2016. No - they swore to “obstruct and resist.”
They orchestrated violent protests, obscenity-laced tirades, denial of 1st Amendment rights, and that ’bravest' of all leftist social justice warrior tactics…bullying of conservative women and their families in public places. Have you ever noticed that the scruffy 'social justice warriors' don’t ever seem to harass any “Bikers for Trump”? Hmm…
Therefore, now that the Left and their propaganda partners in the MSM have been exposed yet again as the basest of hypocrites, should Conservatives revert to typical form and assume that having their divisive accusations soundly refuted, the left will finally realize that their lies are not working and finally move on to substantive issues? Or will Conservatives finally accept the sad reality that the left are not honorable opponents, but instead are immature, spiteful, vindictive, and petulant children motivated only by narcissism and a lust for power?
Would that they did, but sadly I doubt it.
We would do well to remember what happened in the wake of the other failed Leftist's tyrannies of the 20th Century.
Did Stalin apologize for millions of Russians starved to death?

Did the Nazis ever accept responsibility for the holocaust?

Did Japan ever apologize for the rape of Nanking?
No.

Those corrosive systems had to be totally defeated before those countries could 'move on' to where everyone was presumed to have equal rights of freedom of speech and expression that could not be abridged or taken by those in power. And yes, those are certainly extreme examples of what happens when tyrannical leftist socialism is allowed to grow unchecked, but it is also a warning of why we must always be watchful.
This is still America and we are still governed by the Constitution. But that's why it's all the more alarming that there are calls right now from these same Democrats to begin dismantling it, so they can pick and choose between which amendments suit their grab for power today.
That is not to say that every Democrat is a power-hungry demagogue.
Are there still decent, reasonable and thoughtful people left in the Democrat party? Certainly. But just as happened in Germany, Russia, Italy, Japan, China, Cuba, and Venezuela, they are becoming increasingly drowned out by the strident, militant, and intolerant ideologues.
Those are the current 'stars' of the Socialist/Democrats who are dragging the party to the rigid, socialist left, which is causing a growing number of disillusioned blue-collar and minority Democrats to simply - "#walk-away."
We as Conservatives should welcome these defectors from a party which is rapidly devolving into the party of anti-American militant socialism, and redouble our efforts to remind those still on the fence that there is still a choice between reason and hysteria, and there is still time to get off of the ‘crazy train’ which is now steaming full speed to the radical left.
Most of all, however, we need to defeat them with ideas and not allow ourselves to be fed into the narrative of the DNC/MSM propaganda machine
We here have just gone through yet another instance where a small band of dedicated ideologues lusting for power has tried to pervert a power grab into a vindictive partisan narrative to gain by lies what they could not gain by the ballot box.

Fortunately, they lost. The truth was victorious. This time.
But make no mistake - history shows us that all too often it is not.
All too often the witch hunt ends with the ‘witch’ - the targeted and usually innocent victim - being burnt at the stake by the witch hunters.
Yes, the truth won this time, but make no mistake. To the purveyors of lies and plots, this is not a defeat - only a temporary setback as they plot their next move.
The DNC and their allies in partisan politics in the MSM are not chastened merely because they lost this round.
They are playing a long game and they will be back.
Therefore we must continue to be watchful and ready to defend the truth and remember the famous quote that, "the price of liberty is eternal vigilance."