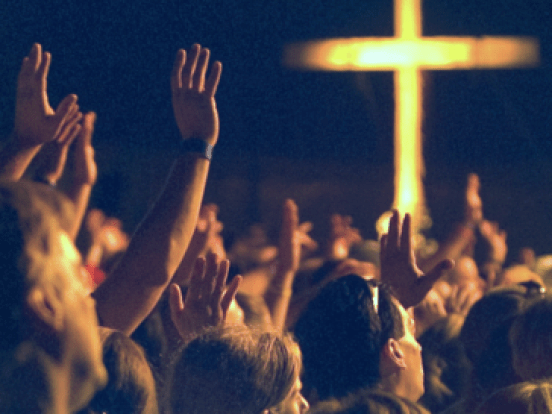 No - Muslim Rep. Movita Johnson-Harrell – We are Not Ashamed of Christian Prayers!
In the Pennsylvania capitol at Harrisburg, on her first day in office, Rep. Movita Johnson-Harrell, a Muslim woman, threw a hissy fit at her political comrades in the house for the leading prayer offered and read by GOP Rep. Stephanie Borowicz.
Some in the Democratic Party agreed that Christian prayers are Islamophobic and gave tacit support to Movita’s whining.
With only one Muslim Rep. in the House and on only her first day in office the Democrats are using the worn out and now almost meaningless PC catchword - ‘Islamophobic’ - to stir the pot and frustrate the peace and unity of the body politic in the Keystone State.
https://www.youtube.com/watch?time_continue=15&v=RLVrgWygwQo
Christian prayers have been offered in the state house of U.S. states multiple thousands of times since this country began. How is it that they are now labeled - “Islamophobic”?
In truth, they are not and will never be Islamophobic, but America’s politicians and some Christians are wimping out for fear of being labeled "Islamophobic."
We don’t fear Islam, but we are ever so cautious of a religion with a main doctrinal statement as extracted from the Quran is to kill Jews and anyone else who does not take to becoming a Muslim.
Among the many freedoms afforded to Americans is the freedom to follow our conscience in our religious beliefs. We want to choose based on what our conscience will allow. What Islam allows is beyond the conscience for most Americans and (almost) all true Christians.
Some of the things we cannot allow are;
People like Rep. Movita Johnson-Harrell, Ilhan Omar, and Rashida Tlaib may have slipped into office under the whacky Democrat climate of hatred for Republican and conservative causes and people, but it is doubtful that we will all bow to Allah anytime soon.
Many of us are altogether in agreement with Salman Rushdie when it comes to the source of the Quran and the religion that it spawned.
We also agree with Israel’s Prime Minister Benjamin Netanyahu who just days ago answered Congresswoman Ilhan Omar with this reply:
“The reason Americans love Israel, is not because they want our money, it’s because they share our values. It’s because America and Israel share a love of freedom and democracy.”
We will never concur that prayer in “Jesus Name” is Islamophobic in this nation.
We are never ashamed of Jesus or His name – as disciples we are guided by all the teachings of Christ and among them is this powerful admonition.
“Whosoever therefore shall be ashamed of me and of my words in this adulterous and sinful generation; of him also shall the Son of man be ashamed, when he cometh in the glory of his Father with the holy angels.” (Mt 8: 38)

Related links:
Pennsylvania Muslim Lawmaker: Prayer In Name Of Jesus Is "Islamophobic"
Three reasons why we know that Allah and the God of the Bible are not the same
Why U.S. Politicians Still Don’t Understand the Islamic Religion
A Religion that asks us to Kill for God - is no Religion at All
Copyright ©2019
Read more by Rev. Michael Bresciani
Tweet