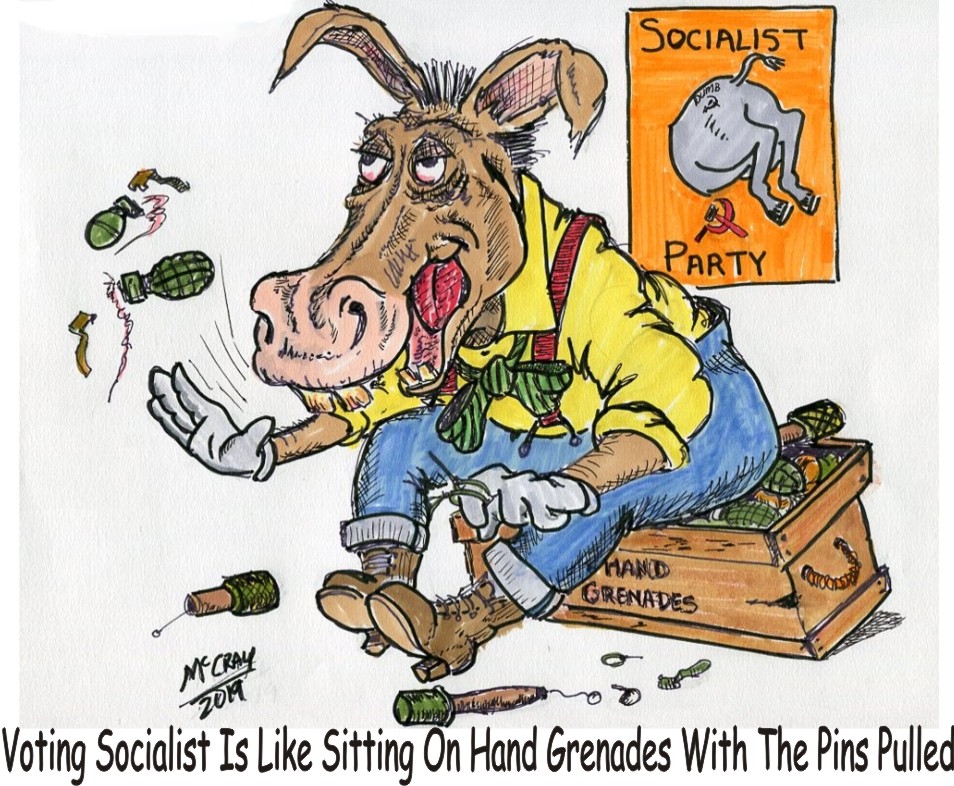 The socialist left is promising everything will be free, it will be all fuzzy teddy bears and lollipops. That’s what these power hungry, want-to-be dictators want everyone to believe - reality is just the opposite. One good look at the mess in Venezuela which is in meltdown mode, should make anyone with any common sense pause and look at the failures of previous Socialist Governments.

Now we have the New Age socialism of Ms. Ocasio-Cortez and Robert (Beto) Frances O’Rourke among others in the socialist-controlled Democrat Party are trying to push the United States into socialism. They are con artists who are trying to swindle the people with cries of impending doom, it’s the end of the world if we don’t switch to socialism, alternative fuels, and solar overnight so that we can save the world from Climate Change.

During the early 1970s during an assignment in West Germany, I made multiple trips into Soviet Socialist-controlled East Germany, a puppet state of the Russian U.S.S.R. East Germany was a dull gray, run down dump that was still trying to recover from the Second World War which had ended thirty years before, whereas, West Germany was a vibrant, modern, jumping economy. The socialist East German government was so great and fantastic that the Berlin Wall, armed guards, and fencing were installed on the border, to keep the East German people from escaping to the west. The Germans knew what they were dealing with, especially after surviving World War 2 under the National Socialism of Adolph Hitler. The last thing they wanted was to be under the boot of International Socialism of Russia’s Joseph Stalin, and the Capitalist West was their only hope. In 1989, the nightmare of World War 2 finally came to an end for East Germany with the collapse of the Berlin Wall and the Socialist East German Police State. The divided Germanys have re-unified as one capitalist nation with the former East Germany now looking like the rest of Germany.

Britain’s Margaret Thatcher famously stated that “The trouble with Socialism is that you eventually run out of other people’s money.” As we have seen in Venezuela, when the money for the free give-away goodies runs out, then the belt-tightening starts. That’s when the public begins to protest and complain, then the government begins to use force to control the people. Now the Venezuelan military is using very heavy force to keep people from fleeing the country and preventing aid from coming into the country. The government under Maduro is receiving help to hold on to power from Russia, China, and Iran, which is the worst case scenario.

Socialism is like pulling the pin on a hand grenade - everything is quiet at first, but wait a little bit, if you don’t throw it away, it will blow up in your face.