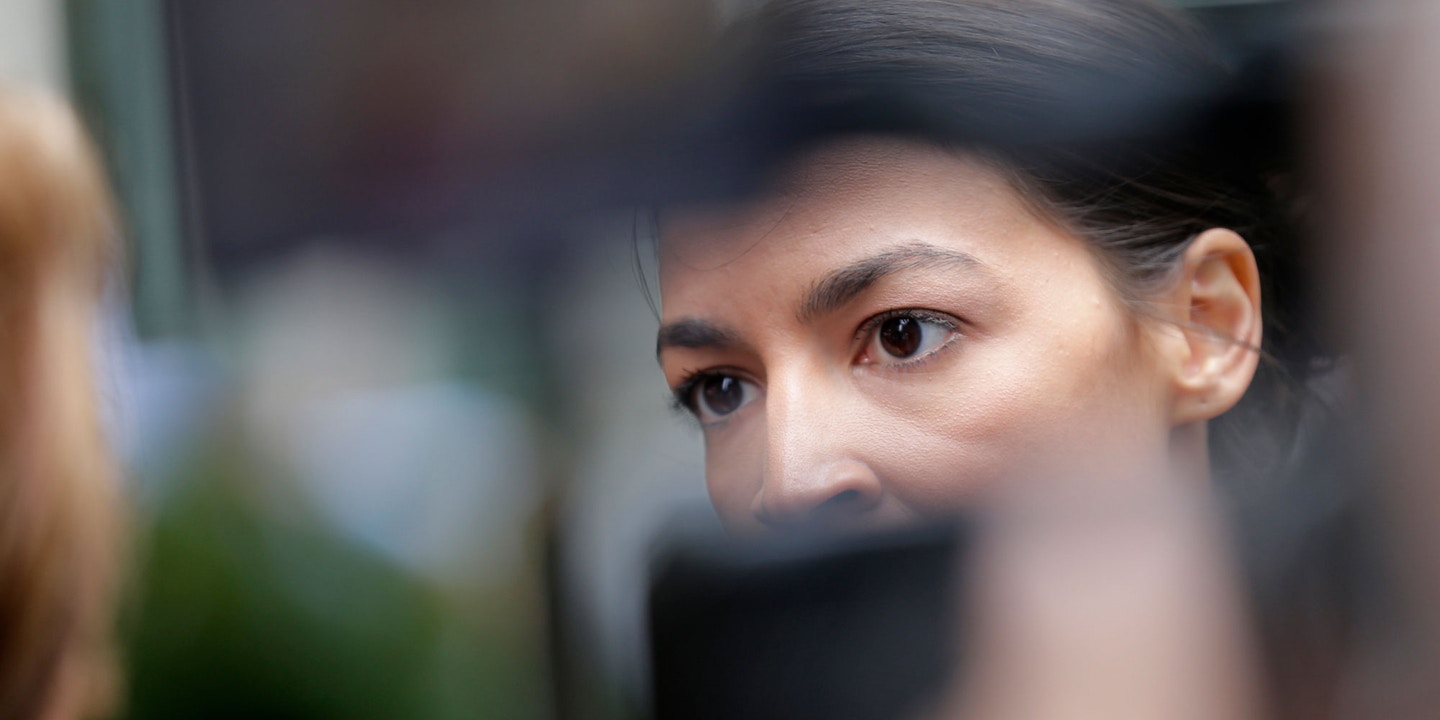 The new phenomenon of the political world is U.S. Representative Alexandria Ocasio-Cortez (D-NY), otherwise known as “AOC.” This upstart congresswoman was bartending last year. Now, the entire political world knows her by her initials.

A political action committee, Justice Democrats, recruited her to run for Congress. She was selected from a large group of candidates who submitted their credentials to the committee. Her political experience was minimal, including a stint as a volunteer for the Bernie Sanders presidential campaign and environmental protests. She had not run for office previously and was not known as a political figure in her district. However, with the financial support from the Justice Democrats, AOC was able to defeat a longstanding Democrat incumbent and the rest is history.

While some of her critics have labeled AOC as nothing more than a pretty “actress” who was cast for the part of a congresswoman, others claim that her passionate liberal beliefs enticed her political backers to fund her campaign. Regardless of her true credentials, what cannot be debated is the impact she is having.

In less than three months, she has upended the Congress and the Democratic Party. It is AOC who is controlling the agenda, not House Speaker Nancy Pelosi (D-CA). This 29-year-old is garnering more media attention than any other Democrat politician today. She has mastered social media and the talking points of the left.

Her major initiative, the Green New Deal [though not 'new'], has been discussed in both houses of Congress. It is an ambitious agenda that calls for a “10-year national mobilization” to transition from fossil fuels to renewable sources of energy. In supplementary materials, Frequently Asked Questions (FAQ), some of the plan’s bizarre goals were listed. They included “eliminating the necessity for air travel” and providing “economic security to citizens unable or unwilling to work.”

In an MSNBC interview, Rep. Ocasio-Cortez blamed the FAQ section on “a staffer that had a very bad day at work.” She admitted that “we did release a working draft early.” Even though she is new to Congress, this episode has demonstrated that AOC is a quick learner. She has figured out that in politics it is essential to blame poor staffers for any problems that occur.

Even though the FAQ section has been withdrawn, it does not change the fact that the Green New Deal is utter nonsense. Although she is immature and inexperienced in national politics, AOC must realize that her ludicrous plan has no chance of being implemented. The nation cannot afford a $93 trillion climate-change boondoggle.

While AOC believes that the nation needs to have “a serious conversation” about her plan, the majority of her congressional colleagues disagree. This week, the U.S. Senate voted 57-0 to reject her outlandish proposal. All 53 Senate Republicans and 4 Senate Democrats voted against it. Instead of voting against the plan, which most liberals realize is totally unworkable and laughably expensive, the remainder of the Senate Democrats voted “present.” Nevertheless, four of the Democratic Party presidential candidates have embraced the Green New Deal, clearly showing AOC’s influence in the party and her popularity among the far left.

Her problem is that her constituents see her on national television, but not in their neighborhoods. In a Washington Times story, Rep. Ocasio-Cortez was criticized for building a national political profile, while ignoring the needs of her district. One constituent, waitress Barbara Nosel, blasted AOC as “one of us…you worked in a bar, you are not a princess.” Lawyer Manuel Fabian said, “People are billing her as a superstar. I think she doesn’t have enough experience.”

Of course, the voters in her district are completely correct. She is attracted to the national media attention, not the humdrum work of constituent services. If she does not start taking care of her voters, she could be vulnerable to a primary challenge in the 2020 campaign.

In the upcoming election, she will not be on the national ballot, but her plan will definitely be a focus of President Trump’s campaign. At a Grand Rapids, MI rally on Thursday night, the President not only mentioned the plan, but he also boasted that he can’t wait to run against it. At the rally, Donald Trump, Jr. noted that “every mainstream leading Democratic contender is taking the advice of a freshman congresswoman.” When the crowd started to chant, “AOC sucks,” Trump, Jr. responded that “You guys, you’re not very nice…and neither is what that policy would do to this country.”

It is not only Trump supporters who realize that AOC’s agenda is ludicrous. In a new Quinnipiac national poll, only 23% of voters gave AOC a favorable rating. According to the poll’s assistant director Tim Malloy, “All is definitely not 'A-OK' for AOC. Most voters either don't like the firebrand freshman Congresswoman or don't know who she is.”

The good news is that as more voters get to know AOC, more will dislike the crazy policies that she is peddling. This political reality conveys something very reassuring about the basic wisdom of the American people.