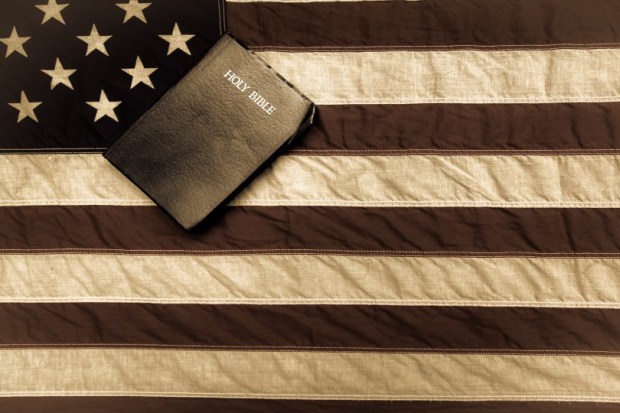 This week, The Blaze reported, “The first Muslim representative elected to the Pennsylvania legislature is demanding an apology from another member who began their session with a prayer to Jesus Christ, calling it ‘highly offensive.’”


Today, we saw religion weaponized in the House chamber in what could be considered a gross attempt to intimidate, demean and degrade a Muslim State representative in the presence of her family, friends and guests.


This got me thinking: The United States was founded by immigrants of many cultural and religious diversities. Since the early 1600s, America was known as the place where people could go to start a new life with freedom of religion, the liberty to choose your own occupation, and a place of refuge from oppressive governments.


The Mayflower Compact states why the Pilgrims came to America in unequivocal terms:


Having undertaken for the Glory of God, and Advancement of the Christian Faith, and the Honour of our King and Country, a voyage to plant the first colony in the northern parts of Virginia…


During the time of our founding, Islam was a major religion in many parts of the world. Therefore, there were numerous Muslims living in America during the time of its founding. Naturally, there was great concern over Muslims taking over America’s Christian value system, especially since America was in a war against Islamic terrorists – the Barbary Powers War – that spanned over the presidencies of Washington, Adams, Jefferson, and Madison.


Concerning the fear of Muslims holding high office in America, Supreme Court Justice James Iredell, who was nominated to the Court by President Washington, stated:


Make no mistake, the intent of our founders was not to sanction religions outside of Christianity. In the words of Supreme Court Justice and Father of American Jurisprudence, Joseph Story,

“The real object of the (First) Amendment was, not to countenance, much less to advance Mohammedanism (Islam), or Judaism, or infidelity, by prostrating Christianity; but to exclude all rivalry among Christian sects, and to prevent any national ecclesiastical establishment, which should give to an hierarchy the exclusive patronage of the national government.


Lastly, we definitely need to understand that when our founders referred to the Lord, they were referring to Jesus. George Washington acknowledged Christ as the Divine Author of our blessed religion. This is also the same Lord they acknowledged when signing the Constitution “in the Year of our Lord one thousand seven hundred and Eighty-seven.”


Why were they so exclusive? Simple, because Christianity is the ONLY system of worship designed to bring liberty and freedom to all mankind who are created in God’s image. Contrary to being a weapon, Christianity is a defender of the physically, spiritually, and mentally oppressed. You see, "where the Spirit of our Lord is, there is liberty."