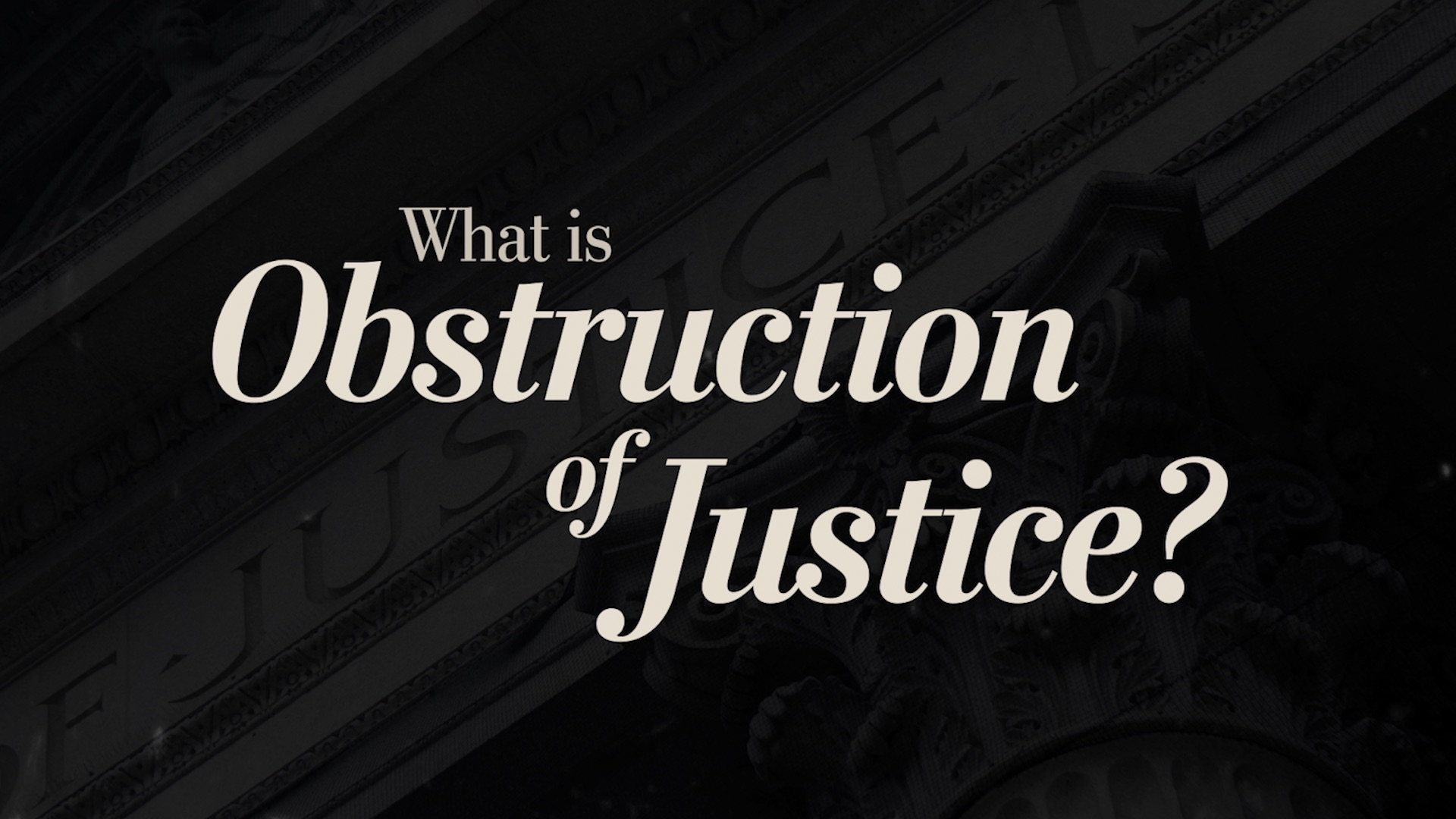 For two years we have heard the drumbeat of “Collusion, Collusion.” Now, we keep hearing the phrase “Obstruction of Justice.”

I’m curious about this phrase and I think it deserves some examination.

“Obstruction of justice” is what they call a “process crime” and falls into the same category as “contempt of court" and “perjury.”  These acts are prosecuted because they are considered to harm the public interest in the functioning and integrity of the judicial system.

But this presumes that the judicial system is functioning in the public interest and functioning with integrity. What if government agents or even whole agencies are not pursuing justice but are themselves acting in a corrupt manner designed to serve a private or a corrupt purpose?

If investigators or prosecutors misuse their authority and, under the color of law, use the law to break the law, isn’t it the duty of citizens to resist, that is to say, obstruct such wrongdoing?

And isn’t it especially the duty of elected officials (like a President) to resist and to oppose?  Doesn’t their oath of office compel them to interpose against the corruption?

When investigators, investigating agencies, and prosecutors misuse their power and authority to further an injustice, I am hoping and praying that my elected officials will resist, interfere, and obstruct with vigor.

In the Old Testament Book of Micah, we are told that the Lord God requires of all men “…to do justly.”

So, “Obstruction of Injustice” is not a crime.