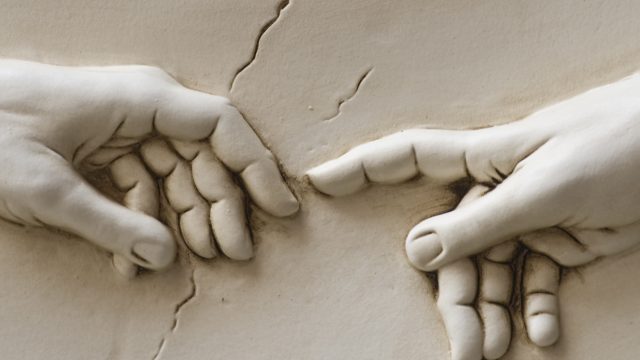 Evolutionists, because of the pressure to provide an answer for origins, jump to unsound, unscientific, and untrue conclusions that make them look shallow, silly, and for sure, not scholarly. With feckless lectures and fraudulent books, they make their pitch for goo-to-you evolution but when educated people hear and read the flaky, false, fraudulent fairytale they fall to the floor holding their sides with raucous laughter, gasping for breath.

The evolutionary positions evaluated in this article are real, although they are so ridiculous, I will be accused of exaggerating to make a point. But, I don’t have to exaggerate. The truth from the pens of evolutionists will finish them off for all studious, sophisticated, and sincere readers.

Before evolutionists can speak about Darwin’s mutations, the fossil record, or natural selection (which Darwin finally rejected), they have to get everything spinning; therein is their first big problem. The more evolutionists teach about origins, the deeper they slide into a really black hole. The evolutionists’ answer to getting everything started is a Big Bang. Well, it really wasn’t a bang nor was it big!  (Of course, the real Big Bang is when God spoke and bang, it happened!)

Evolutionists expect us to believe that once upon a time (as all fairytales begin) there was nothing, well yes there was something. There were space and matter (and Creationists are expected to give them that), and all the matter in the universe was compressed into a sphere the size of a needle point! The small ball or sphere is called the “cosmic egg,” and I hope I’m not too pushy by insisting on knowing where the egg came from. Maybe the cosmic egg was laid by a cosmic chicken! And with time, the egg exploded producing the orderly system of stars, planets, comets!

It seems evolutionists feel no obligation to tell us where time, energy, space, and matter came from; however, God does inform us. Genesis 1:1 reveals, “In the beginning (time) God created (energy) the heaven (space) and the earth (matter).” There you have time, space, matter, and energy. The evolutionists say that special creation is too incredible so they came up with their own origin story - that is more unbelievable than God’s account.

We are told that a cosmic egg came out of nowhere and exploded. We are not told what caused the explosion, yet explosions don’t just happen. Moreover, an explosion (whatever size) never, under any circumstances, produces order for which the Universe is well known. The colossal Universe, allegedly caused by a massive explosion, runs like a Swiss clock. I demand an explanation if I am expected to consider their story.

Obviously, the Big Bang is in big trouble. It has started to fizzle and has become the Big Bust. World famous astronomer Sir Fred Hoyle, who coined the term on a BBC broadcast said, a “sickly pall now hangs over the big bang theory.” Other scientists are running from the Big Bang as if their hair is on fire.

Highly mis-educated people want us to believe that nothing created something that became everything; we are expected to believe nothing plus nothing equals something. However, zero times zero does not equal anything and for sure not everything. Nothing can do nothing and wishing doesn’t help.

Evolutionists must deal with the origin of the Universe before they can sit down beside Darwin’s warm, little pond and watch life develop - from nothing. Yes, I know, Louis Pasteur disproved spontaneous generation more than a hundred years ago, but somehow, someway life must get started and the only possibility available was rocks that eroded into dirt. So, flowers and all plants, then small living creatures came from rock, and millions of years later the rocks evolved into rock stars.

But to be gracious, after having a good laugh at nothing creating everything, let’s agree for argument’s sake, to the Evolutionists’ position on the origin of the Universe and earth. All right, we are here whether by natural selection or mutations or however, so let’s deal with dinosaurs giving birth to birds! This frantic, false, and fanciful theory was devised because there is a total absence of transitional fossils. This is the “hopeful monster” theory first espoused by paleontologist O. H. Schindewolf and geneticist Richard Goldschmidt in the 1930s and 1940s. This silly theory was resuscitated and nursed back to life by Niles Eldridge and Stephen J. Gould because they were convinced (rightly) that no transitional fossils existed.

Please note that these two major evolutionists admitted what all paleontologists know, that there are no missing links, necessitating this silly “hopeful monster” theory.

Dr. Colin Patterson, Senior Paleontologist, British Natural History Museum proved that assertion when he wrote, “[Stephen] Gould and the American Museum people are hard to contradict when they say that there are no transitional fossils…I will lay it on the line - there is not one such fossil for which one could make a watertight argument.” That’s from a leading evolutionist! Niles Eldredge, world-famous evolutionist and coworker with Gould, confessed in the Guardian, “The search for missing links is probably fruitless…no one has yet found any evidence of transitional forms.” However, if molecules-to-monkeys-to-man evolution had happened, there would be billions of in-between fossils all over the earth.  But there’s not one.

Realizing his evolutionary world was collapsing around him, Gould grabbed onto the “hopeful monster” theory but gave it more respectability by calling it punctuated equilibrium. Because there are no transitional fossils, Gould said that evolution happened in spurts or jerks such as a dinosaur giving birth to a bird, then long ages of no change. Then another spurt or jerk with another major birth of an advanced creature. But it is all silly speculation. Some call this “evolution by jerks.”

This inane theory is being taught to our children in public school classrooms and in The Wonderful Egg (Ipcar, 1958). The book was recommended by the American Council on Education and the Association for Childhood Education International. It is also endorsed by the American Association for the Advancement of Science The book tells of a mother dinosaur laying a wonderful egg that hatched into a baby bird—“the first baby bird in the whole world!” The book asks, “Did a mother dinosaur lay that egg to hatch into a baby dinosaur?” The book answers “no” to various kinds of dinosaurs. Then comes the climax: “It was a wonderful new kind of egg.” And what did the dinosaur egg hatch into?  “It hatched into a baby bird, the first bird in the whole world. And the baby bird grew up…with feathers…the first beautiful bird that ever sang a song high in the treetops…of long, long, ago.”

That is not education; it’s called "brainwashing." Moreover, it is academic child abuse to convince children that a dinosaur could hatch a bird. What nonsense. The book should be listed under science fiction, not children’s books.

Not only is evolution absurd, asinine, and amusing, it’s also wrong, and I challenge evolutionists to speak to the issues; however, my past experience is they will not deal with their unscientific teachings. They find it easier to attack me.

Evolutionists are like a blind man in a dark basement looking for a black cat—that isn’t there.