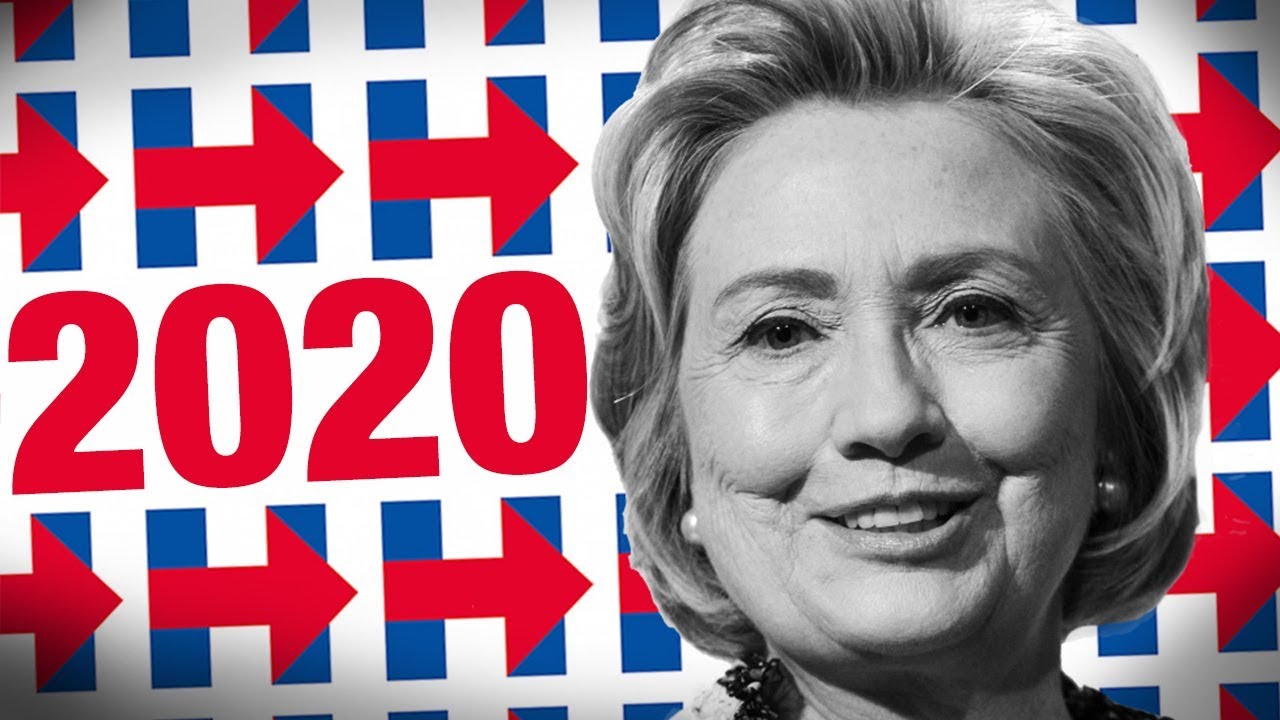 Hillary Clinton is the gift that just keeps on giving to President Donald Trump and the Republican Party. She will not leave the political stage and continues to keep herself in the public eye. After completing a rather unsuccessful speaking tour with her husband, former President Bill Clinton, in which ticket prices were slashed dramatically to fill empty seats, Hillary Clinton decided to visit New Hampshire, the site of the first presidential primary in 2020.

Not only is Clinton not ready to endorse any of the over two dozen declared Democratic presidential candidates, she is still flirting with a third race for the presidency. It seems Hillary is a horrible listener and did not get the message from the 2016 election that the voters of America don’t like her.

Despite being given CNN debate questions from her friend Donna Brazile, Hillary had to cheat to defeat Senator Bernie Sanders and win the 2016 Democratic Party presidential nomination. In the general election, she outspent political novice Donald Trump by a two-to-one margin and still lost in an electoral vote landslide. What was truly amazing about her defeat was that she had 95% of the media on her side and decades of political experience on her team, but was still defeated by a candidate who had never run for any political office. Trump understood the importance of campaigning in states like Michigan, Pennsylvania and Wisconsin, which were ignored by Hillary.

Ever since Election Night of 2016, Hillary has harbored a deep animosity against both Donald Trump and the American people who rejected her. She was never a gracious loser and claimed that she was a victim of a great injustice. On her speaking tour, at an event in Los Angeles, Clinton said that despite running “the best campaign,” a candidate can “still have the election stolen from you.”

Clinton was obviously referring to her loss, for which she continues to offer a variety of lame excuses. Of course, the real reason for her stunning loss was that she was an awful candidate. According to Kellyanne Conway, White House Counselor and former Trump Campaign Manager, Hillary Clinton possesses a “fierce inability, an intractable inability to connect with Americans.”

Instead of admitting the truth, Hillary regularly points to “Russian meddling” as one of the reasons for her defeat, even though her campaign was one that peddled the Russian-linked phony Steele dossier. This salacious and unverified document was produced by Russian sources working through anti-Trump former British spy Christopher Steele. It led to the spying on Trump aide Carter Page and the unprecedented surveillance of an opposing political party’s presidential campaign by U.S. intelligence agencies.

While Hillary’s campaign was not successful in electing her President, it was successful in setting up Donald Trump for years of unfair and illegal harassment. Trump was the victim of a smear and spying campaign, while Hillary was given every possible advantage. For example, she should have been indicted by the Department of Justice, but incredibly her husband secretly met with then U.S. Attorney General Loretta Lynch on the tarmac of the Phoenix airport. They supposedly discussed golf and grandchildren, but, soon thereafter, then FBI Director James Comey exonerated Hillary, despite mountains of evidence, such as her improper handling of classified emails.

Hillary Clinton was allowed to scrub her computer, delete over 30,000 emails, destroy her cell phones and was questioned by the FBI in the presence of her attorneys, who were given immunity. She was not required to testify under oath, and no recordings were made of the meeting. She was the beneficiary of a double standard of justice from the very beginning, while her opponent was targeted and surveilled.

Her continuing comments are both laughable and sad. They reflect an individual with an inability to accept reality. She plays the victim card, while ignoring her tremendous flaws as a candidate and the massive advantages that she enjoyed.

Hillary Clinton will never be able to move past the 2016 election in which everything was arranged for her to win. She just did not expect a candidate like Donald Trump to arise and espouse a powerful message that connected with 63 million American voters.

Obviously, Hillary wants to run for President again and take on Donald Trump in a 2020 election rematch. While she continues to harbor this fantasy, it will only hurt the Democratic Party and boost President Trump’s chances for re-election. As long as she continues to mount a pseudo campaign highlighted by her long list of grievances, Hillary Clinton will serve as a great reminder to the American people that they made the right choice in the 2016 election.