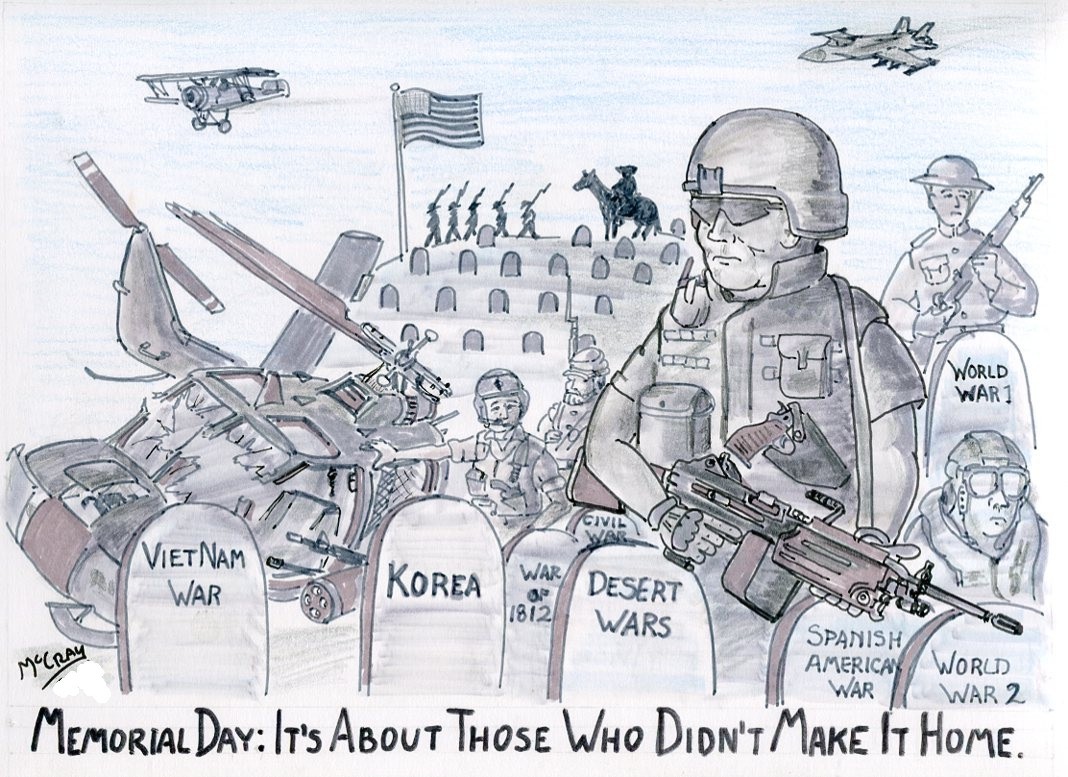 For most Americans, Memorial Day is just a holiday where they celebrate the beginning of summer and the baseball season. The meaning of the holiday is completely lost in the mad rush at the grocery store to get drinks, potato salad, ground beef and hotdogs.

Originally known as Decoration Day in 1868, it was created for the purpose of decorating the graves of the Civil War dead. Over time as the causality rate increased from those lost in later wars, the holiday was changed to Memorial Day during which we remember those lost in all of America’s conflicts, from the Revolutionary War to today.

It has been a tradition for families of those in military service to display a white banner with a red border and a blue star to represent a service member on active duty. To see a banner in the front window of a home with more than one blue star is not uncommon. The gut punch comes when you see the same banner at a later date with one star changed to gold signifying that the service member has died c- hence the term Gold Star Families.

Sadly, it all comes down to one simple hard fact, a member of the United States Military did not come home. If the families were fortunate the service member’s remains were returned to the families for burial. There are thousands of war dead who have never been recovered. Some lie in unmarked graves; others lie where they fell, which may be in the wreckage of a sunken ship or a collapsed bunker. Fortunately, today we have DNA testing which has proven to be the miracle used to identify recovered remains. This often allows for the service members to receive a proper burial, with all the military honors that are deserved.

For most veterans, every day is Memorial Day. There is always a point in a family or group gathering in which someone will bring up the loss of a veteran. That is especially true with a service member lost during a war, and in most cases at a young age. Even if it was generations ago, the impact of the loss of that Soldier, Sailor, Airman, Marine or Coast Guardsman is still there and many cases still raw.

For the old soldiers who served a long time ago, the guys that were lost will never age. Time stopped for them, they are still young and always will be, so before you start the party, take a moment and thank the guys who didn’t come home.