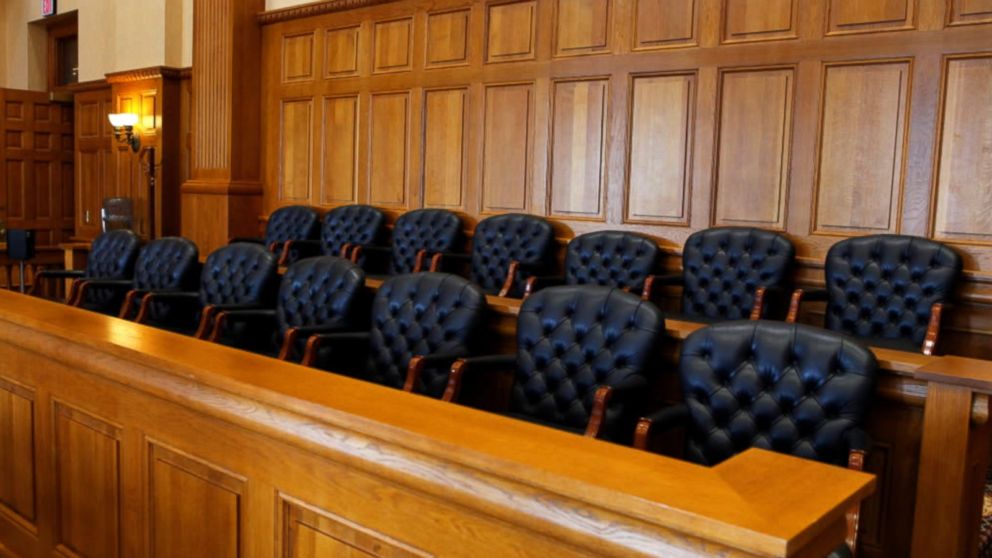 This headline is a bold statement, but don't get the wrong message. I believe that the President that will be indited by a federal grand jury will be the former President Barack Obama. You may say, "He's nuts. They will never indite a former President, especially a black President.

But this country is so divided over the 2016 election, because nonelected government broke the law - and perhaps even committed treason - to try and prevent Trump from becoming President. When that failed, they  attempted to drive him out of office by attacking him and trying to get the people to support impeachment. A recent Rasmussen survey showed the President with a 53% approval rating, even though 91% of all the stories about the President in the mainstream media have been negative.

I think over the next six months there will be revelations that will start citizens to ask, ”What did Obama know and when did he know it?” There is a second question that is more troubling, and that is, “Was Obama an active participant in the attack?” With so many senior administration officials implicated in the massive attempt of a coup d’état, how can we not ask the critical question: "Was the former President of the United States involved with this illegal covert action?"

We now know without a doubt that the Obama administration was spying on the Trump campaign before the general election. That fact alone should frighten all of those who believe one political party using all the awesome power of the government and its intelligence services against a political foe should never occur in America.

Let me pause for a moment and look at the Steel Dossier not from the content, but the compliance with Federal Election Laws. Law and Crime says, “Federal election law, administered by the Federal Election Commission, prohibits contributions, donations and other expenditures by 'foreign nationals' in any federal, state or local election as well an exchange of any 'thing of value.' Most recently, Section 303 of the Bipartisan Campaign Reform Act of 2002, also known as the McCain-Feingold Act, strengthened the ban on foreign money in U.S. electioneering.”

The Daily Sheeple reports, “According to Reuters, we learn that a total of just over $1 million was paid to Fusion GPS for their 'opposition research,' of which $168,000 was sent to British spy Christopher Steele.” Let us look at the details. Christopher Steel is a British citizen. He compiled a Dossier for which he was paid at least $168,000. The Dossier was worth at least $168,000 and therefore by extension this was "other expenditures." If this is true then why didn’t the Muller investigation go after Steele for this campaign finance violation just as they went after Michael Cohen for his violation?

CBS reporter Bill Plant asked Obama this question, “Mr. President, when did you first learn that Hillary Clinton used an email system outside the U.S. government for official business while she was Secretary of State?”  Obama responded, “The same time everybody else learned it through news reports.” We now know this was a lie to the American people. The ex-President had been sending and receiving emails through the illegal server to and from Clinton long before March of 2015. As strange as it may seem for the President of the United States to lie to the American people, doing so in an interview is not a crime. Lying to a grand jury is a different matter as we have seen in the most recent Muller investigation.

Let's move on to the bigger picture. I believe that the Justice Department and the FBI, along with the CIA, Defense Intelligence Agency, and other high ranking officials have been implicated in the attack on Trump. They were all appointed by Obama. It seems hard to believe that he didn’t know what was going on within his administration. What is more problematic to me is if he claims before the grand jury and says he didn’t know what was going on. He is then admitting he was no longer in control of the administration, and that he was incompetent at best. If he was in fact not in control then he was an ineffective president, and it would be true that the inmates were, in fact, running the asylum.

Some have suggested that our country was more divided by Obama far more than it was divided before he became president. In 2016 the AP and NORC said the 44% of voters thought we were more divided than before Obama took office. I could write many more paragraphs on all the things the Obama Administration did to overturn the election of President Trump against the will of the people, but I think I will let the investigators do that for me.

President Harry Truman had a sign on his deal that read, “The Buck Stops Here.” I strongly believe that over the next six months, or perhaps a little longer, the American people and people all over the world will be shocked when they discover how corrupt and dangerous the Obama Administration was, and its total disregard for the laws of this nation.

We came dangerously close to losing our Republic. Today I believe that most of the Democrats know and understand how corrupt and dangerous the Obama government was, but they feel compelled to protect him no matter what. They cannot have the first Black President going to jail no matter how corrupt and and treasonous. All of the talk about disregarding the Muller report has refocused on impeachment. Are they acting this way to keep the focus away from Obama and allow time to pass?

To start bringing this country together we must have one final crescendo. The former President has to tell the American people the things he did wrong, why he did them, and then pay the price of going to jail for his actions. If we let these acts go unpunished, we will have lost America, and I have no idea what America will look like in the future. If we don’t fix this problem by having people accountable to one set of laws, I can tell you it will no longer be the land of the free and the home of the brave.