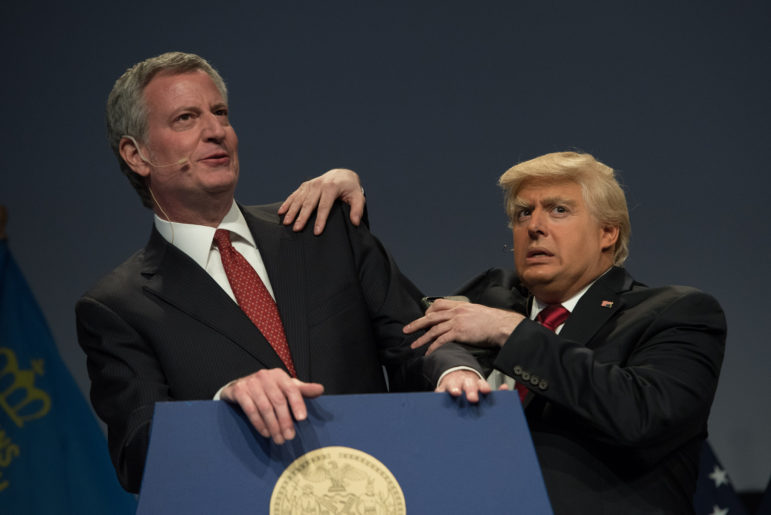 The 2020 presidential election process started on the night Donald Trump was elected President of the United States. Since that night, Democrats and their allies in the media have been working tirelessly to undermine his agenda and harm his standing with the American people.

The Mueller investigation was a bogus two-year effort to sabotage President Trump and drive him from office. Fortunately, the scheme did not work, and most congressional Democrats realize that impeachment is unlikely and politically unpopular.

With Mueller’s partisan and unfair probe now complete, Democrats are working overtime to harass President Trump through a variety of means such as issuing subpoenas and demanding his tax returns. Despite their best efforts, the President’s approval ratings have been strong, ranging from the mid-40’s to the low-50’s, in recent weeks. His supporters have remained loyal despite an unprecedented and coordinated assault against him.

Even some Democratic analysts are concerned that President Trump will win re-election next year. Therefore, the 24 Democratic presidential candidates have decided to relentlessly attack the President at every opportunity. No topic is off limits, including his family.

When not engaged in their favorite activity, bashing Donald Trump, the candidates are offering their positions on the major issues facing the country. Unfortunately, these candidates are only advancing an array of far-left progressive nonsense. There are no moderates in the field of 2020 Democratic presidential candidates as they are espousing a socialist agenda that is far more liberal than anything the late U.S. Senator and Democratic presidential nominee George McGovern ever imagined.

The latest candidate to enter the race, New York Mayor Bill deBlasio, fits in perfectly with the progressive wing of Democratic Party. He has enacted policies in his city that liberals hope the next President will champion for the entire country.

The minimum wage in New York is $15 per hour, after four years of steady increases. While the Mayor calls this “a decent wage” and a plan that puts “working families first,” it has certainly cost the city thousands of jobs. According to a study by the Bureau of Labor Statistics, 4,000 restaurant jobs were lost in the final quarter of last year alone. Undoubtedly, the increases in labor costs was the major factor in this increase in unemployment.

The anti-business climate in New York City was indeed a factor in Amazon deciding not to open a new headquarters in the city. This decision was a major loss for deBlasio, costing 25,000 jobs and $2.7 billion in tax revenue for the city and state. While socialists like Congresswoman Alexandria Ocasio-Cortez (D-NY) celebrated the decision, most objective analysts viewed it as a disaster. It was just another indication that policies promoted by left-wing leaders like Mayor deBlasio are very anti-business.

In this announcement video, deBlasio claimed that the “wrong people” have money in this country. He presumably wants to use the force of government to fleece them and redistribute the money toward the vast array of ineffective and inefficient social programs that he supports.

DeBlasio is a major advocate of the Green New Deal, estimated to cost $93 trillion or $600,000 per American household. He loves the plan so much that he has pledged that all of New York City government will be reliant on strictly renewable energy within five years. Obviously, the overburdened taxpayers of New York City will pay for this transition - and even more will flee the city for friendlier environments.

Another group that will be targeted by the Mayor are the owners of the skyscrapers throughout New York City. DeBlasio is committed to enforcing onerous regulations on “classic glass and steel skyscrapers.” The Mayor believes these buildings are “the biggest source of emissions” in New York City. Thus, the owners will be given until 2030 to “clean up your act…retrofit…save energy.” Otherwise, they will face massive fines of $1 million.

With an appetite for higher taxes and burdensome fines, deBlasio is very unpopular among his constituents. Many have noted that he is using a gas guzzling SUV for his 11-mile daily trips to a fitness center. As usual, liberals like deBlasio believe they are exempt from the left-wing proposals they want to foist on their constituents.

When he announced his candidacy on Good Morning America, deBlasio was heckled by New Yorkers outside the studio who yelled “liar.” Polls show an overwhelming majority of New York voters do not want the Mayor to run for President. A Quinnipiac University poll conducted in April showed that less than 20% of New Yorkers wanted the Mayor to run for President, while an astounding 80%, did not support his candidacy. Obviously, his constituents don’t like his performance as Mayor and don’t believe he merits a promotion.

Upon the announcement, President Trump mocked deBlasio as “another beauty” and the “worst mayor in the history of New York City.” At the end of his tweet, the President made a very prophetic statement about deBlasio: “He won’t last long!”