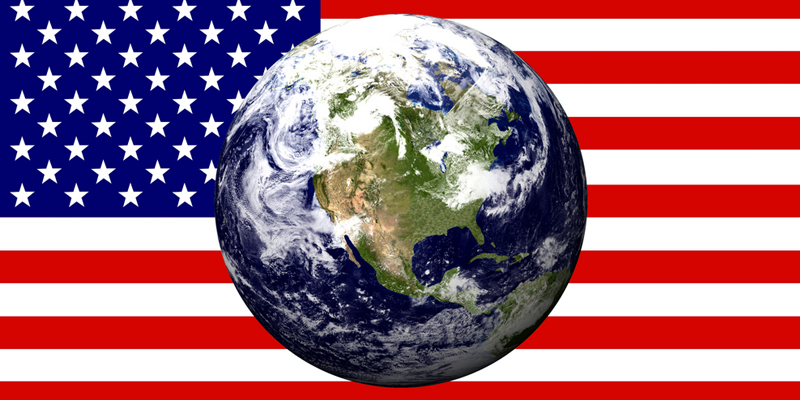 Only one of the former world powers still survives. Gone are Egypt, Persia, Greece, Rome and even the Soviet Union. Today, the United States of America stands as the only world power. Of course, just as previous powers have come to their end, it would be unrealistic to expect that our country is going to remain the sole world power forever. We should expect the dissipation of world dominance over time. Regardless, however history may repeat itself, we should never willingly dwell in national descent just to acquiesce to history.

The soldiers of ancient Rome wore boots equipped with long spikes so that they would not lose their footing on the blood soaked battle grounds. To lose footing meant sure death and those soldiers readily put on those uncomfortable boots in the hopes of living to fight another day. There is blood on the ground in our nation today. Are we willing to wear the spikes? How badly do Americans want to be able to fight another day?

There is a growing movement in this country that is insistent upon the idea that Americans must willingly give up our freedoms in exchange for government control. Our prom queen, Ocasio-Cortez, clearly represents that movement. My picture of her is that of a loud mouth know-it-all high school kid that never stops talking and needs to learn to respect her elders. But apparently, that is not the picture that all Americans have of her. To the contrary, I am stunned that so many Americans see her as the future.

I doubt that we will see the end of life in twelve years as OCA claims, but I do not doubt that following her lead will show us the end of life as we know it in the United States of America. Yet, fully half of America is not only unconcerned but is supportive as well. Who among our founding fathers would ever have considered that the liberties so many fought and died to gain would, just two hundred years later, be sold for pennies at the local swap meet?

But AOC alone, is not the entirety of the problem. The problem is the entire Democratic party. Old time Democrat politicians may view her as an impudent newcomer but they do recognize her appeal to young voters and they will follow her lead if it will lead them to power. The future of America is only considered by Democrats as it pertains to their party's control of our nation. The future of America as the “land of the free and the home of the brave” represents an obstacle in the way of the Democrat’s road to tyranny.

This is not to say that the Republican party personifies faithfulness. They, too, are politicians dependent upon reelection as their way of life. They, too, are willing to mislead and deceive. Their campaign trail is littered with promises that they have no intention of delivering upon. Republican promises are akin to lying on a job application. Witness the first two years of the Trump administration. The Republican bosses could scarcely hide their shock at having a boss who was not “one of them” and was there to fix things, not just run for reelection.

The things accomplished by Trump that have been beneficial are business-oriented initiatives that did not necessarily require strong party support. But when it came to campaign promises that required party support, not a word was spoken. None of them addressed the promise of resolving national health care, one of the major Trump promises. This has scarcely been spoken of in any meaningful way over the past two years. Lack of party support has been swept under the rug of “collusion”, the scapegoat for lack of productivity.

Losing control of the House of Representatives in 2018 was almost a Republican mandate in order to avoid any accountability over having control of all three branches of government for four years while not delivering anything. Two years of collusion investigation and two years without the congressional majority…bingo!  Mission accomplished. Now I can keep my lunch date with Pelosi.

The back breaker in all of this is that the politicians are not to blame. We are! We elected them. Supposedly, and they concede that, they work for us. The reality is that they are lying, and we are lying to ourselves. We continue to elect them time after time, regardless of the plainly evident truth that politicians recognize the gullibility of Americans and know that we are suckers for their grandstanding.

I often mention the statement of Jonathon Gruber, chief architect of Obamacare, who stated that Obamacare would never have passed without the “stupidity of the American people”. Conservative Americans may not be as stupid as liberals but we still send the same guys to Washington over and over, ignoring the fact that they are bedmates with the Democrats. They claim to be different, but the outcomes belie their claims of being the good guys.

Having nothing definitive to show the American people as evidence that Republicans are in the business of accomplishing greatness for our nation, it should be no surprise that ultra-liberalism is so widely accepted. It is only the Democrats open commitment to some kind of social communism that leaves us with no opportunity to support anyone other than Republicans. But times are changing.

After several generations of indoctrination there are fewer and fewer Americans who arrive at adulthood without blind acceptance of socialistic policy. In the not too distant future, the Republican party will no longer feel the need to deceive because we will already have yielded up the freedom that made America great. And Americans won’t even know that anything happened because they will be too young to recall living in a free country.

I want to apologize for painting such a negative picture.  I love my country and I will always be thankful that I had the good fortune and blessing of God to be an American. But having memories of a different America, and being witness to the steady erosion of those things that made America great, makes it difficult to be passive regarding the future that we are establishing today. I do not know if we can stop this ship any more than previous world powers were able to stop theirs. But I do know that if Americans do not find a way to accept and deal with reality, loss is inevitable. We may be dead but our children and grandchildren will be living in the future we choose for them.

What then can we do? How do we go about saving our future?  I confess that after painting so negative a picture, I am not certain that I have definative answers to these questions. I do know that the answer is not in Washington. Any answer is going to have to come from the hearts and minds of the American people. This should leave us asking how we can undo the decades of indoctrination and plant seeds of wisdom in the citizens of our great nation.

Before planting, however, the soil needs to be prepared. And so does the heart and mind of man. There is an irony in man in that we speak of freedom, yet in reality, we demand that tyranny rule over us. Consider ancient Israel that demanded to be ruled over by a king like all of the other peoples. Israel was told that a king would conscript their sons, a king would take their daughters as concubines and they would never prosper because a king would demand higher and higher tribute. Yet still, Israel demanded to be ruled by a king.

The reality is that man, regardless of how convinced we are that we love liberty, has the natural desire to exist within measurable limits. Liberty is not an easy place to exist. In liberty, we are responsible. In bondage we have an excuse. In bondage our boundaries are drawn for us. In bondage we can speak words of rebellion without acting upon those words as our founding fathers did.

This is why so many Americans are demanding to be enslaved by tyrannical law. And they are not even aware of the existence of this reality. Our starting point then, is to be evangelists of this truth. Convince your fellow Americans to change their minds and willingly accept the battle for reality. If we can accomplish this, we may have an opportunity to turn America around.