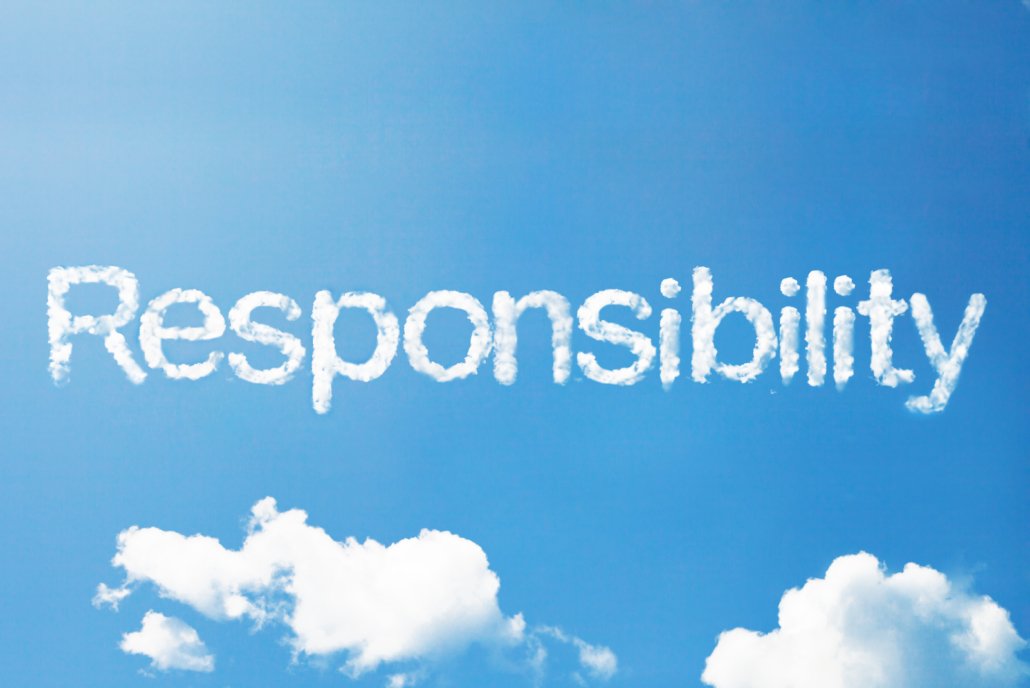 We live in a world full of blame shifting. Most of us struggle with accepting responsibility for our mistakes and choices. We don’t like to lose face. With one misstep we could end up on a Yelp page or Trip Advisor or someone’s blog in social media. We could lose an election or be disqualified from a scholarship from one supposed incident in high school. As a result, many lie, deny, insolate and isolate. The results of telling the truth or accepting responsibility are just too great: emotionally, legally, socially, and strategically.

One of the best illustrations I have heard on taking personal responsibility comes from John Maxwell in his book, The Leader Within You.

"OK, then," said the manager, "so we've got the best label and the best advertising program being sold by the best sales force in the business. Tell me why we are in seventeenth place in the dog food business?" Finally, someone said, "It's those lousy dogs. They won't eat the stuff!"

Of course, there are real victims. There are people who, through no fault of their own, have had terrible things happen to them. You get in an accident caused by someone else, you are the victim of an assault, and so on. That's not your fault.

I'm talking about people who blame-shift, whether conciously or unconconciously. They blame society, someone or something else, or the past. Or they just outright lie to hide the real issue. They feel entitled to do so. Their life's mantra seems to be, "If at first you don't succeed, destroy all the evidence that you tried." Dodging responsibility usually comes from shame. Blame-shifting is mostly shame-shifting. We feel ashamed, then we become afraid we will lose credibility, popularity, dignity, position or prosperity.

The propensity to blame-shift and not take personal responsibility came right from the beginning of man. Adam and Eve did something they both knew God told them not to do. What was Adam’s response? He blamed Eve. Then Eve blamed the snake, and the snake didn’t have a leg to stand on.

Why did they blame one another? Because of shame. Right away they had to go to Macy’s and buy a fig leaf to hide behind. Then they lost their authenticity, living a life of secrets. No matter how much the cost was to them and to us, they didn’t want anyone to see their shame. Do you know what? We have the same default Adam and Eve did. We hide and hurl and then play the blame game.

The problem with shame is that it produces guilt. We feel guilty because we are guilty. Guilt is uncomfortable. So we look for someone or something to transfer our guilt on or to.

We’ve had lots of time to perfect the blame game. It’s the morphine of our time. "It's those lousy dogs. They won't eat the stuff!" Denial is not a river in Egypt...it's right here...in us! The more we play victim when we aren't, the more being a victim becomes our lifestyle. It colors our worldview, causing us to underachieve. It hurts others, as well.

How do you get rid of shame-based guilt? Shame-based guilt must be transformed, or it will be transferred. Here’s God’s transformational solution. “If we confess our sins (areas where we missed the mark), God is faithful and just to forgive us our sins, and to cleanse us from all unrighteousness.” I John 1:9.

On the cross, the shame and guilt we feel was transferred from us to Jesus, not others. God is also just. There may be consequences from the choices we have made but God will sort out how it affects you, usually with a lot of grace thrown in. So we admit it, quit it, and take responsibility for what we did. Then God sets us free from the guilt and shame. We can move on.

Consider this. It’s better to accept responsibility for your mistakes than to live a life of unresolved, ever-increasing guilt, hiding behind the fig leaf of blaming others, then seeing others suffer the consequences for something we did.

Someone once said, "If you could kick the person responsible for most of your troubles in the pants, you wouldn't be able to sit down for a month!" Ouch! I resemble that. And that’s the sense and sensibility of responsibility.