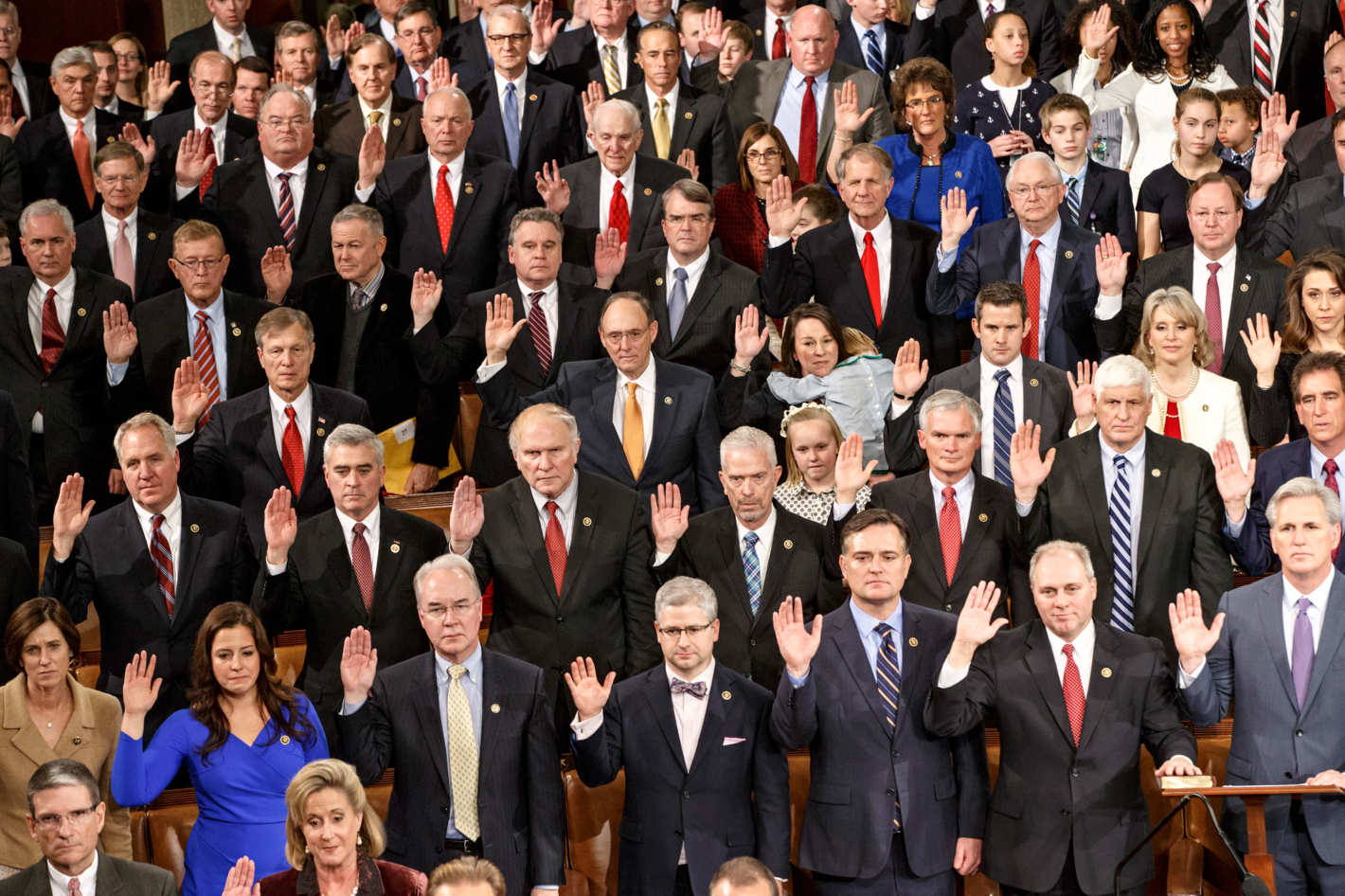 The oath is “Do you solemnly swear or affirm, under penalty of law, that the testimony that you are about to give is the truth, the whole truth, and nothing but the truth, so help you God?”

Reportedly, the democrats were also poised to discontinue the use of gender specific pronouns such as “his” and “her.” House Republican Chair Liz Cheney said “They really have become the party of Karl Marx.”

How well we remember the movment to remove all references to God from the 2012 Democratic National Convention platform.

Have the Democrats become the party of atheism? They stand behind taking the lives of the un-born at a rate of almost 4,000 per day, while vapidly supporting every nascent perversion of the LGBT. They are hardly the new myrmidons of social magnanimity.

Are Democrats now Progressivism’s pompous proud perverts of preference? Do they think God need not show His presence in their hallowed halls unless He is served with a subpoena?

Let’s see - does the Bible say that God will help people to tell the truth?

“Howbeit when he, the Spirit of truth, is come, he will guide you into all truth: for he shall not speak of himself; but whatsoever he shall hear, that shall he speak: and he will show you things to come.”(Joh 16: 13)

Should we want to prevaricate and lie like a rug, another verse stands in stark contrast.

“Ye are of your father the devil, and the lusts of your father ye will do. He was a murderer from the beginning, and abode not in the truth, because there is no truth in him. When he speaketh a lie, he speaketh of his own: for he is a liar, and the father of it.”(John 8: 44)

If we don’t want God in the committee room we must remember that there is still someone who is willing to help.

Must we tell the Democrats that the ignoble pursuit of removing God and or all reference to God from the country’s political scenery is to deny everything about America from its founding to the present?

According to the Bible God can and will be very accommodating if we persist.

God knocks on the door, but we never read that He breaks down the door to get to us.

In fact, the dem’s don’t much care whether an oath is administered or not. They are very selective about what they see as truth.

They have had two years to prove that Donald Trump is a Russian agent. Now that it has been proven that he is not, they refuse to accept that as truth. They have had as many years to accept the truth that there is a crisis on our borders, in spite of tens of thousands of illegals pouring over the border - many with diseases, ill intentions and criminal backgrounds - they refuse the truth that says it is a national crisis.

We should not bounce the oath, but rather we should bounce the Democrats in the election of 2020.