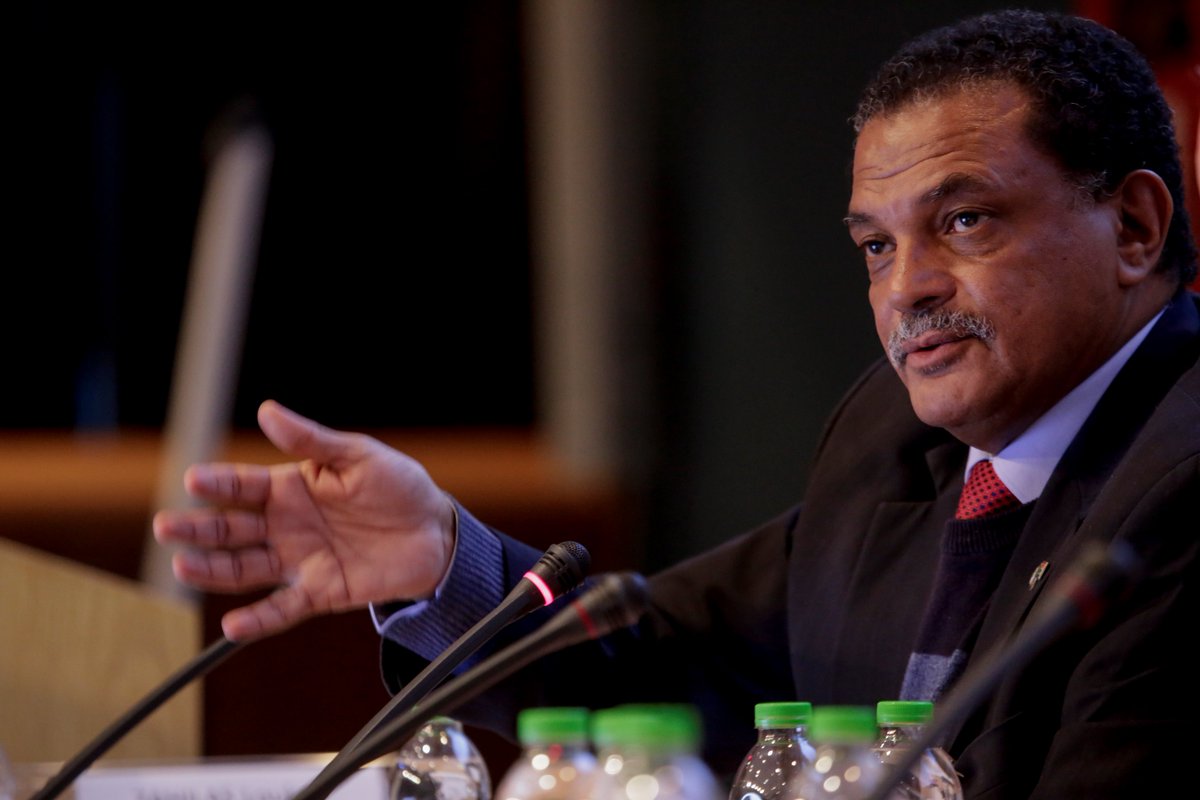 The speeches are over, the marches have ended, the votes have been counted, and South Africa is in the same condition it was in before the national election on May 8. It is unlikely to continue another four years in its present condition. The African National Congress (ANC) lost some seats and the far left made a shocking advance. The once great nation is in deep trouble and each day they slide even deeper.

This week there was another killing of a white farmer activist who spoke out against attacks on white farmers. The 51-year-old woman was found dead having been repeatedly stabbed and beaten with a hammer. Annette Kennealy was found on her farm a few days after reporting on Facebook of 10 attacks in four days on white farmers, including one death. She was a publicly outspoken supporter of the Afrikaner community and a former councillor with the opposition Democratic Alliance party.

A 40-year-old man has been arrested. His race was not reported because that is now government policy.

The national election is over, but the nation continues on its slide into the black hole of rebellion, recession, and revolution.

South African mines, once leading producers, are producing far less than in recent years; the transportation system is being deserted by riders because of thugs and sporadic schedules; rolling blackouts are common, causing despair and disruption in the railway system and industrial complexes; South African Airways is gasping for breath;  agriculture is on a slippery slope and food must be imported; the educational system is in disarray; government bonds are almost rated as junk bonds; the Rand is in a free fall; Blacks and Whites stand in line for jobs with the matter made worse by the legal preferences of Blacks over Whites; and thousands of white farmers have been butchered.

As if South Africa didn’t have enough trouble with crime, poverty, corruption at highest levels, unemployment, lack of housing, sporadic power, lack of water, racial tensions, and a declining economy, it now enters a major scandal as to qualifications for major officials.

The rail system is collapsing because of its irregular schedule (a result of scandal at the state-owned power system Eskom) and black thugs harassing and robbing passengers. Now we are told that Daniel Mtimkulu, head of engineering, does not hold a doctorate in engineering from a German university. SABC News reported that Mtimkulu was responsible for the purchase of 20 (other reports say 70) diesel locomotives from a Spanish manufacturer at a cost of six hundred million Rand, although they are the wrong size for South African railways!. Mtimkulu denies it but has resigned under pressure.

The railway agency reports that 13 of the trains were too high for their system and would result in knocking out the overhead cables and signals.  You know, I don’t think one would have to be an engineer to say, just before the deal is signed, “By the way, I assume the locomotives are compatible with our present system.”  The “doctor” evidently did not ask that question or make compatibility a stipulation in the deal.

Hlaudi Motsoeneng, South African Broadcasting Corporation (SABC) Chief Operating Officer, claimed to have finished high school when interviewed for an important position. He’s been described as “a delusional tyrant, a man driven by self-enrichment and egoism.” The SABC confesses that Hlaudi was “the worst thing to happen” to the broadcasting company. It seems the SABC is bankrupt and Hlaudi gets the “credit.”  He “almost singlehandedly managed to sink the SABC from within.”

But so what?  After Hlaudi was fired, he announced the formation of his African Content Movement (ACM) and his candidacy for President in the national election. He was given a hard time because his ACM membership form had misspelled "membership." The votes have been counted and Hlaudi got 0.02% of the votes.

Ellen Tshabalala is a former chairperson of SABC who claimed to have undergraduate and postgraduate degrees from the University of South Africa (Unisa) but the Mail & Guardian reported that Tshabalala does not have the qualifications she claimed in her curriculum vitae, and that she failed most of the modules at Unisa. Tshabalala resigned as chairperson of the board of the SABC.

Pallo Jordan’s curriculum vitae reveals that “Dr. Jordan studied at the University of Wisconsin in the United States of America in 1962 and he acquired a postgraduate degree from the London School of Economics.” However, the facts are somewhat different because News24 reported “Former minister of arts and culture and ANC stalwart Pallo Jordan has routinely used the title of "Dr." for years only to now be exposed as a fraud.” It seems he did not finish his degree at Wisconsin nor does the London school have any record of him. Jordon evidently has “no formal academic qualifications.” The popular politician apologized and resigned from Parliament and the ANC.

Mohau Pheko was South Africa's ambassador to Japan, who admitted to South African Broadcasting Corporation that she does not have a Ph.D. as claimed. She professed to have received the degree from La Salle University in 2000; however, the dubious and disgraced university closed in 1996. The university was selling university degrees and other academic qualifications over the internet. Pheko told the SABC that she “still addressed herself as doctor.”

This is not the only time Pheko has been involved with disgraceful, dishonest, deplorable activities; she admitted that she was fired from the Sunday Times in 2008 after plagiarizing material in a column. Nor was it the only time she took material without giving credit.

Sicelo Shiceka was Minister of Cooperative Governance and Traditional Affairs who claimed to have a Master’s degree in political economy from the University of the Free State; however, the Mail & Guardian revealed that was not true. The paper suggested that he was one of the most “corrupt politicians” in South Africa.