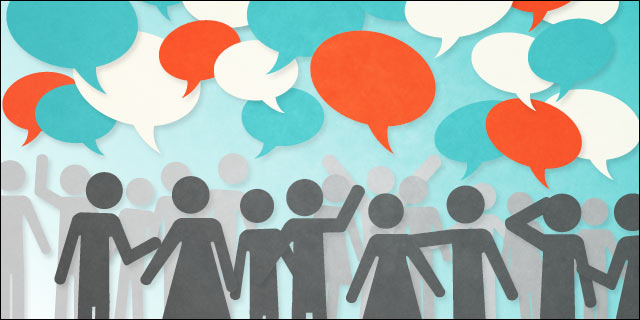 Here’s a great story. It's been around for a while, but knowing a story and applying the lesson of the story are two different things.
This is a story about four people named Everybody, Somebody, Anybody and Nobody. There was an important job to be done and Everybody was sure that Somebody would do it. Anybody could have done it, but Nobody did it. Somebody got angry about that because it was Everybody’s job. Everybody thought Anybody could do it, but Nobody realized that Everybody wouldn’t do it. It ended up that Everybody blamed Somebody when Nobody did what Anybody could have done.
We live is a world of specialists. In some respects, this is great. We all appreciate someone who specializes in a certain area, especially if we need what they specialize in. But saying or thinking, “That’s not my department,” regarding a simple job that anyone could have done is something else.
I remember one time in my church, I was taking a guest speaker through our sanctuary. It was the speaker's first time at our church, and I wanted him to be familiar with the surroundings. As we were walking through the sanctuary on the way to a meeting, I noticed several chairs out of place. I asked one of our deacons to put the chairs back in place. The deacon replied to me, “That’s not my department…it’s not my calling…it’s not my measure of grace.” I thought to myself, “Houston, we have a problem.”
You see, most Anybody could have put the chairs back into place. But Nobody did it. Why? "That’s not my department." "That’s not my job." A servant leader will go where many specialists, professionals, politicians, academics, and theologians won’t. Many people look for a way out of serving others in a real and tangible way. Might I suggest that instead you look for a way in to serve others in a real and tangible way, not just an academic or philosophical way?
Look at Jesus in the Bible. There wasn’t anything beyond Jesus’ measure of grace. Jesus valued people. He showed it and he lived it. He took time out for people in need and things that others should have done. He made time for children. He stopped a talked to the woman at the well in a time when you didn’t do that. He stopped his journey to heal a Roman Centurion’s servant. Unheard of yet He did it. Why? He only did what His Father told him to do. In doing this, Jesus shows us what God is like. God loves everyone. Everybody is somebody with God.
You see, “We can love because He (Jesus and His Father) first loved us.” 1 John 4:19. This was at a time when everyone was saying to everyone else, “If you love me, I will love you.” But others said, “No, if you love me first, I will love you.” It had gone on for centuries. Finally, Jesus stopped the back and forth ping pong game. Jesus looked for a way in and said, “I love you, now you can love Me and others.” He is "Solutionary," not  Solitary. He stopped the "If you, then I" stuff. He found a need and met it.
Here are some final thoughts on stopping the Everybody blamed Somebody when Nobody did what Anybody could have done cycle. Find a need and meet it. Be a "Solutionary." To the world you might be one person but to one person you might be the world. The more I look at things, the more I believe the willingness to start is the littlest thing in life that makes the biggest difference in life. Step onto the field. Stand up in the meeting. Raise your hand in class. Get over the bar. Walk up to the podium. Ask the first question. Take a risk, get started, contribute something.
Whether or not you end up being number one in the world is irrelevant. Most of the time, the value you provide isn’t nearly as important as pushing yourself to provide it. Having the courage to start is more important than succeeding, because the people who consistently get going are the only ones who end up finishing anything.
Maybe we could say it this way. A great place to find a helping hand is at the end of your arm.
Copyright ©2019
Read more by Ed Delph
Tweet