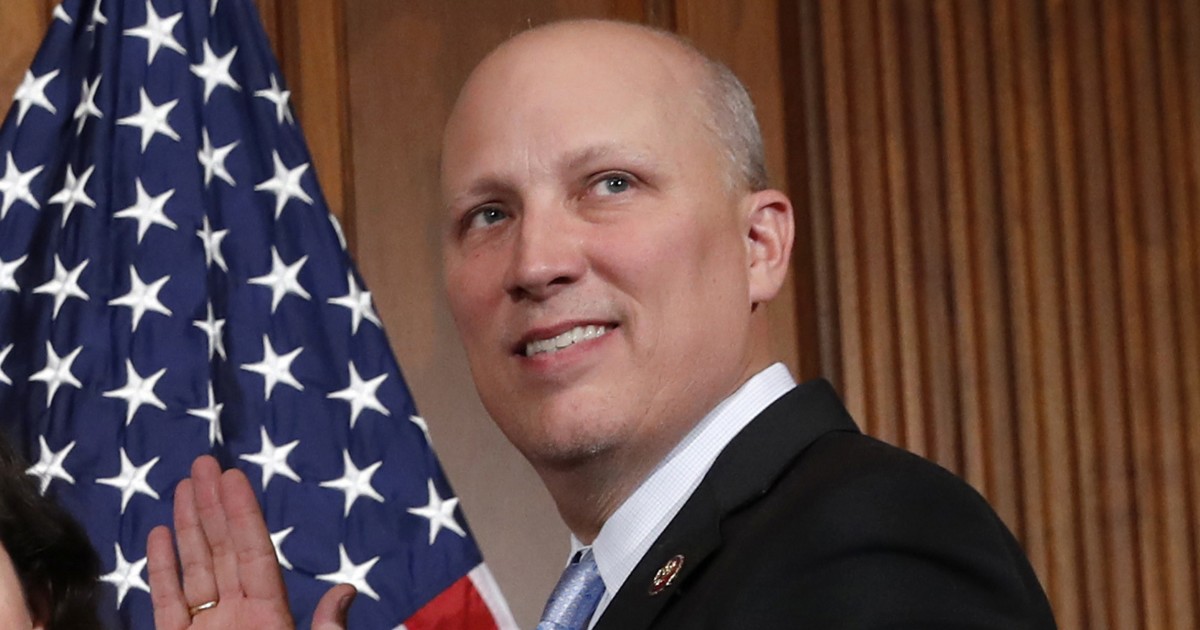 As almost the entire Congress left Washington D.C. for the Memorial Day holiday, a wide-ranging package of “disaster relief” was getting ready to be approved. The price tag for the bill reached $19.1 billion and it included aid for hurricane ravaged areas in Florida, Georgia, North Carolina and Puerto Rico, as well as flooding relief for states such as Iowa and Nebraska. It also included funds to repair damaged military bases, rebuild crumbling infrastructure and support farmers.

After late night negotiations, the U.S. Senate passed the measure by an 85-8 vote and sent it to the U.S. House for approval. It was all set to be approved by “unanimous consent,” except one Freedom Caucus member did not receive the memo.

In an almost empty House chamber, during a “pro forma” session that included only a few members, one representative, U.S. Congressman Chip Roy (R-TX) objected to the legislation. Roy appropriately hails from the “Lone Star” state of Texas. His vote was very unpopular, especially with so many Americans living in states hit hard by devastating natural disasters looking for federal assistance.

This was a case of a “Lone Star” Republican congressman placing his deeply held principles above political expediency. His opposition derailed the “fast track” approval for the legislation. The next “pro forma” vote may take place next week at the earliest; or a vote on the bill may possibly be delayed until June when all the members of Congress return from their holiday.

According to Roy, “I’m here today primarily because if I do not object, Congress will have passed into law a bill that spends $19 billion of taxpayer money without members of Congress being present in our nation’s Capitol to vote on it.”

It is disgusting that Congress tries to pass billions of dollars in spending without a thorough examination of the legislation, and a detailed discussion by the members of Congress. By objecting, Roy exposed the sham operations of our U.S. Congress once again, trying to pass legislation when members are not present to cast a vote.

Roy also listed several other reasons for opposing the legislation.He said, “The bill includes nothing to address the clear national emergency and humanitarian crisis we face at our southern border.” President Trump had requested the bill contain $4.5 billion for the ever-growing emergency at the border, but these funds were not included in the final draft of the legislation.

Finally, Roy noted that the bill included “over $19 billion that is not paid for when we are racking up approximately $100 million an hour in national debt.” With our national debt exceeding $22 trillion, Roy’s message is one our nation sorely needs to hear.  Roy correctly blasted the bill as a big spending product of the “swamp” on Capitol Hill.

This bill has been debated for months and the debate should continue until major improvements are made. Despite the criticism, Roy deserves praise for being the lone objector to this bill. Any sort of “disaster” bill needs to include funding for the biggest “disaster” this nation faces, which is at our border. Our overburdened Border Patrol agents are being overwhelmed trying to handle a massive flood of illegal aliens. This is a humanitarian, economic and national security crisis that Congress refuses to address.

Senate Republicans had persuaded President Trump to drop his opposition to the disaster relief bill by promising him another piece of legislation would be introduced to deal with the border emergency later. Unfortunately, Americans have heard these promises for decades. Republicans in Congress always want to pass pork barrel legislation without border funding with the promise that they will soon address the crisis. As Americans have witnessed so many times, the Republicans never get around to dealing with the border issue, so no progress is ever made and the biggest emergency that our nation faces keeps getting worse.

Hopefully, when the Congress revisits this legislation, either next week or in June, the President’s request for border funding will be included. By preventing unanimous consent, U.S. Representative Roy has given Congress an opportunity to improve the legislation. He has also shown tremendous backbone in withstanding the criticism that is now directed at him from both Democrats and his fellow Republicans.

While everyone knows the Democrats are not concerned about the border crisis or deficit spending, it is now apparent that too many of Roy’s Republican colleagues do not care about these issues either.