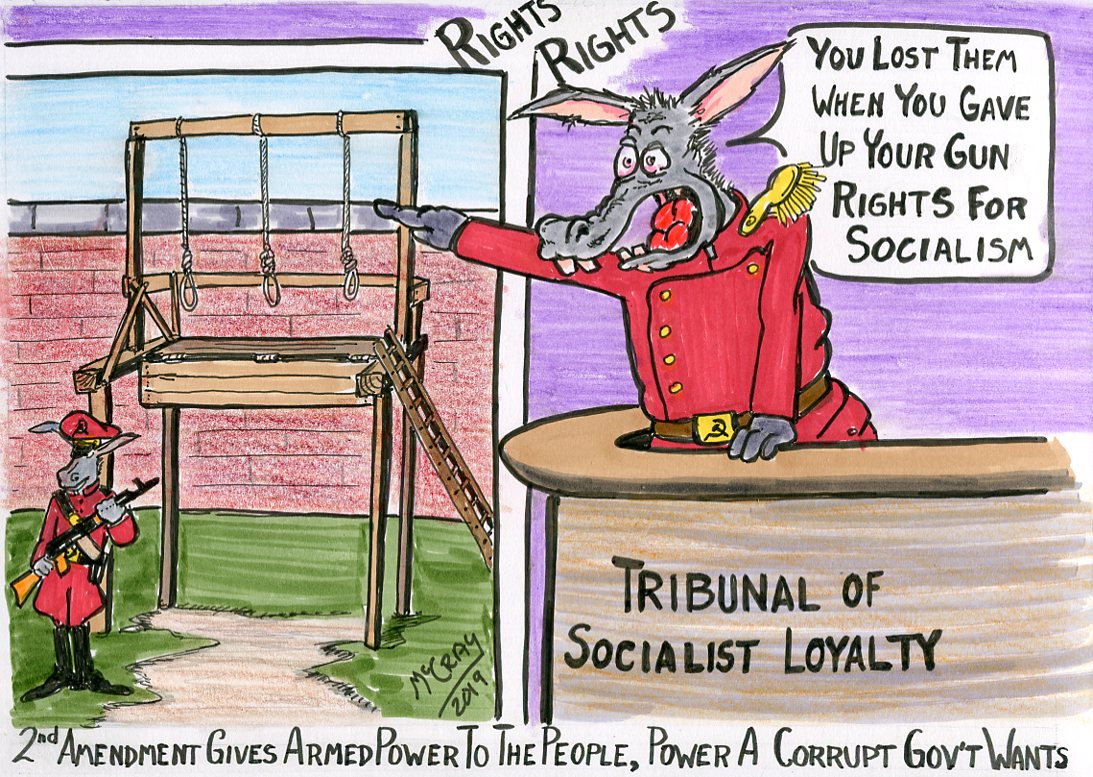 All hail, the all-powerful state. Step out of line and expect to be ground up and spit out. This is the common thread found in all big governments. Regardless of how a party gains control of a government, they allways evolve into a heavy- handed police state with a total disregard for the people’s rights.

Any property owner that has had to deal with an arrogant, small-minded, over-controlling city or county council has received a good dose of a big brother Socialist-style of government. This is when the people in charge are individuals who have a total disregard for the law and don't care how their actions affect other people.

Every time we have a tragedy involving a firearm, we hear the wails and cries to ban guns generated from the usual suspects on the left. Totally ignoring an individual’s responsibility for their own actions, the blame for the tragedy always falls on an inanimate piece of metal. As with any shooting tragedy, the left wants to capitalize on the event in Virginia Beach, Virginia, where a local government employee using 2 pistols, murdered 12 co-workers in the city municipal building.

The Governor of Virginia, Ralph Northam, most noted for appearing in black face in his college yearbook, has called the state legislature into session to ban assault weapons. Someone should enlighten the Governor that pistols were used in the shooting and actual assault weapons are already illegal. Real assault weapons are by definition submachine guns with a full automatic firing mode. Buyers must obtain special licensing from the U.S. BATF (Bureau of Alcohol, Tobacco and Firearms).

Their target is the AR-15. AR does not stand for "Assault Rifle" as the uneducated believe. It is a semi-automatic firearm that was made of space age materials for the Armalite Corp as the "Armalite Rifle Model 15" (AR-15). Designed by Eugene Stoner for the civilian market, it was adopted by the military and modified for automatic fire as the M-16 Rifle. But the left isn’t interested in the facts or reality; they just want their utopian fantasy world of a Socialist Government. In order to impose their draconian rules of a Socialist single party government, the public must be disarmed, so they can’t fight back.

The Founding Fathers understood the danger of an out of control government that seeks the total control over of the people. This is why they made it clear that our rights come from God. These rights, enshrined in our Constitution and Bill of Rights,cannot be taken away by the government, since the government didn't give them to us. The Second Amendment was designed to protect the people from their own government, should it become tyranical. When the people are armed you have freedom, when the government has all the arms you have tyranny.