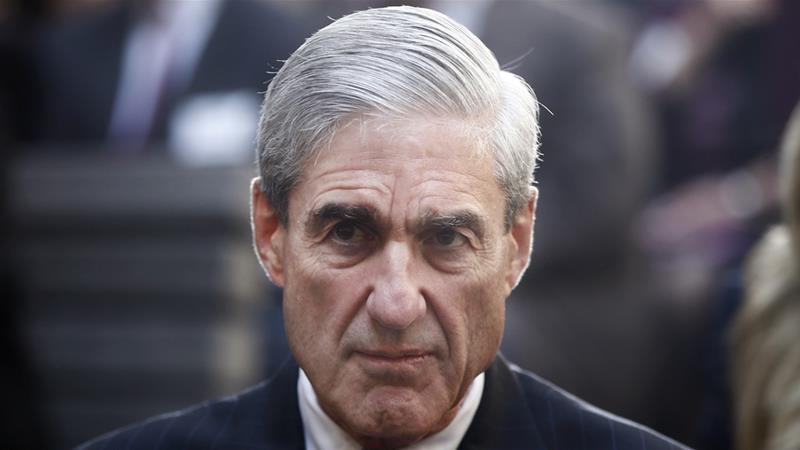 Let me briefly remind you of what many of you may already know. The facts of the Mueller investigation: $35 million cost, 2800+ subpoenas, 500+ witnesses, 675 days wasted. By now most of you know the outcome: No collusion or obstruction worthy of prosecuting a sitting president. You would have thought by now that when the report was issued, and Attorney General Barr held his press conference and delivered his 4-page listing of the key conclusions that would have ended it. Not so fast, my friend.

Democrats waited patiently for their appointed crusader, special investigator Mueller, to deliver the goods and fulfill their most fervent desire, impeachment, but it was not to be. Once again their world was shattered and became a darker place, their reason for living was dashed on the altar of truth and the facts, they were crushed by the truth of a single word: Vindicated.

Disheartened and crestfallen Democrats now seek refuge in their only alternative. They must begin another contrived and senseless investigation into whether there was in fact any obstruction of justice. They base this on the Mueller report that discussed ten incidents of what might be considered instances of where the president sought to interfere with the investigation. Most of his supporters and non-partisans, however, believe in these cases the president was just lashing out, frustrated and angry at what he and many believed to be a “witch hunt”, or perhaps even a deep state coup de tat.

We should all resign ourselves to the fact that nothing will stop the Democrats. They are a confused party in conflict and disarray and have no substantive policies or legislation to offer, other than extreme out of the mainstream proposals by the current crop of presidential candidates. And so the usual suspects - you know who they are - in the party, along with their enablers in the media and entertainment industry are out in full battle array, with guns blazing, propaganda spewing, to bring this president down one way or another. And while the great majority of the American people who in surveys say stop the nonsense and get back to business are ignored, important matters like immigration are also ignored and left to fester.

Threats of more subpoenas, members of the administration requested to appear before committees to testify, in some cases for the second time, all in an effort to find something, anything to prove the president broke a law, any law. I can guarantee that if you ask a Democrat in a private conversation to say the first thing that comes to mind, in whatever setting you may be, it will be impeachment. It is now written in their DNA.

That one man, in post-modern America, a builder and business man who at one time was in the favor of his now enemies, can cause such unreasoning hatred in the minds of so many people, driving them to the very brink of mental exhaustion and debilitation, is both amazing and sad.

The last two plus years has been a time of unchecked fanaticism, great unrest and unabashed hateful rhetoric, most of it directed at the president. Since that very first day he descended on the escalator on his way to the presidency, a day has not gone by where the Democrats, the media, Hollywood and the cultural left have dragged his name through the mud, attacked his family and questioned his sanity and competence.

The Democratic Party has regressed, and I believe for some time now they’ve been traveling down an erratic and reckless path. Whatever the outcome and wherever this will lead only time will tell, but when considering their extreme and radical agenda and positions on issues ranging from abortion and social programs to religious liberty, it looks bleak for the country.

Most of us now are probably asking ourselves, will all this ever end, and what the outcome will be. Will we reach a point when all the hate and reckless incessant partisan bickering comes to an amicable end? Will all the insults, incivility, inflammatory rhetoric, and adhominem attacks fall to the wayside, and will all sides shake hands and move forward? Regrettably, I don’t think so. To add to the dilemma, Robert Mueller did not help matters with his recent press conference that was a study in confusion and contradiction.

There is one thing, however, that has been revealed for all the nation, even the world, to see: The president's enemies have made just about every conceivable effort, made countless accusations, threatened impeachment, and thrown “kitchen sink” at him. There has not been a day that has gone by in the past two plus years that I can recall, when Mr. Trump has not been badgered, insulted and defamed. But, as we have all come to learn, this president can weather just about any storm. And through it all, whatever the issue, and throughout his detractors constant attacks, when the smoke clears President Trump is still strong and defiant, to the anger and frustration of his enemies, and is the last man standing.

The 17th century English writer John Dryden wrote “Errors (lies) like straw upon the surface flow, he who would search for pearls must dive below.” The search for answers is now in the hands of Attorney General William Barr who will investigate the origins of this witch hunt, when and where it began, and by whom.  I believe he will have to submerge himself in the swamp; he will have to dive deep, fend off the vermin and bottom feeders, to find the pearls of truth.