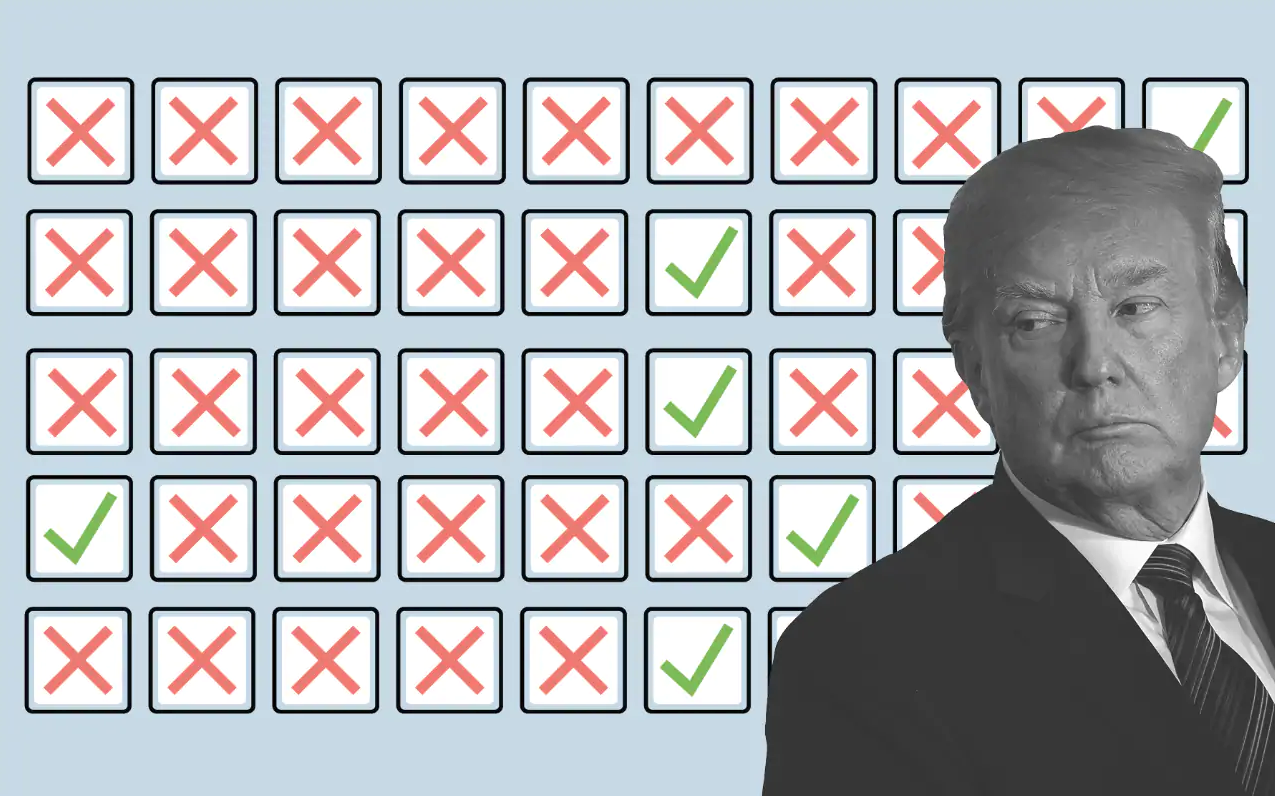 Since he launched his presidential campaign in 2015, Donald Trump has masterfully labeled the media as “fake news” for their ongoing liberal bias and censorship of conservatives. One method the “fake news” media uses to ridicule President Trump is to champion supposedly independent polls that show him with a low approval rating. The latest tactic is to promote polls that indicate the President will lose in a “landslide” to former Vice President Joe Biden in the 2020 election.

This week several new polls were heavily hyped by the Trump-hating media. A new Quinnipiac University poll boasts nothing but good news for the top Democratic presidential contenders. In individual matchups against President Trump, all of them are beat him. In fact, Biden enjoys a significant lead of 53-40% over the President.  Other polls also give Biden a strong lead over Trump, both nationally and in battleground states like Pennsylvania and Michigan.

Of course, it is still very early as the presidential race is 17 months from concluding. In addition, the Democrats will spend the next several months battling each other and Biden will be taking plenty of political hits from his opponents.

The former Vice President’s current situation is understandable because of his name recognition and the impression that he is the most moderate of the Democratic presidential candidates. Yet, this image is not accurate, as Biden has never been a true moderate and, in recent weeks, he has tried to move to the hard left on several issues.

For example, despite a 40-year history of supporting the Hyde amendment, which prevents federal funds from being used to perform abortions, Biden reversed his position last week. This controversial move delighted the far left in the Democratic Party, but it will cost him the support of the swing voters and centrists who will determine the winner of the next election.

While Biden will certainly drop in the polls in the weeks and months ahead, the President’s support level has never been accurately reflected. In the 2016 election, Trump’s victory was dismissed as an impossibility by many pollsters. Almost none of them predicted either his triumph or his electoral college landslide of 304 votes.

For example, the last 2016 poll conducted in Michigan by EPIC-MRA, finished just before the election, showed Hillary Clinton with a 4% lead over Trump. Of course, he won the state by .3% on Election Day. This same disparity occurred in many states throughout the country in 2016.

Along with inaccuracies in poll methodologies, there is another compelling reason why Trump’s support level was not accurately reflected in 2016. Clearly, many Trump supporters were apprehensive about declaring their support for him to pollsters since much of the news media had been openly hostile toward the President from the beginning of his campaign.

On Election Day 2016, the President received 46.1% of the vote against Hillary Clinton. Today, Trump’s approval numbers range from Quinnipiac University’s latest rating of 42% to the new poll results from Rasmussen, the most accurate pollster in 2016, which indicate a consistent 51% approval rating. Averaging those two polls result in a support level for the President which is almost identical to his vote total in the 2016 election. Thus, despite unhinged and biased media coverage, the President’s supporters are solidly behind him as he embarks on his re-election campaign.

The 2020 election, like all others, will be won by the candidate who can capture independent or “swing” voters. In presidential elections, party bases always stay loyal to their nominee, so both candidates attempt to appeal to the political center in the homestretch of the general election.

If Biden wins the Democratic Party nomination by pledging to support an array of hard left positions, he will be in trouble in the general election. For Trump, his best argument to swing voters will be the strong economy. In the new Quinnipiac poll, 70% of the respondents stated that the economy was doing well, but only 41% gave the President credit for it. If he can make the case that he is responsible for policies that have boosted the economy, his poll numbers will increase significantly. In addition, the President can contrast the current economic boom with the tough times during the Obama/Biden administration. The economy is certainly much stronger today as indicated by a lower unemployment rate, higher economic growth, lower burdesome regulations, and tax cuts that benefited all.

In the next 17 months, there will be many developments, both domestically and abroad, that will impact the race. While polls indicate Biden will win the election if it were held today, in the months ahead, he will not have the same political strength after being thrashed by his fellow Democratic candidates.

He will also be receiving a regular dose of the President’s insults. He eviscerated “low energy” Jeb Bush and “crooked” Hillary Clinton in 2016. He will be targeting the Democratic front runner in this election and, for now, it is Joe Biden. His latest insult is that “sleepy” Joe Biden is a “dummy.”

These labels may backfire with the public, but it is more likely they will stick to Biden, who never imagined he would have to face an opponent like Donald Trump.