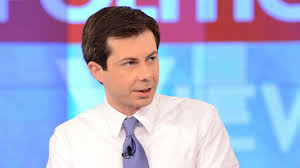 Radical homosexuals, with missionary zeal, declare that David and Jonathan were lovers but the LGBTQ crowd must twist the Bible and common sense like a pretzel to spin their myth and excuse their foul practices.

Surely, sane, sensible, and sober Americans would not send a sodomite to the White House.

Homosexuals do much yelling but he’s dreaming, disingenuous, or delusional.

In his first 10 lines, he managed to misspell Jonathan’s name twice. However, I am not concerned with his ignorance (or carelessness) or even his arrogance - but rather with his blasphemous, dishonest, and reckless treatment of the Bible.

This dude is really ripe. He wipes the purple Kool Aid from his lips and asserts, “I especially like I Samuel 18:4 where Jonathon (sic) takes off all his clothes and shows David his naked genitals.”

But, of course, the Bible does not say anything remotely similar to that. It is a perversion of Scripture.  That perversion is reflected by homosexuals in all areas - they pervert history, sex, the Bible, and common sense. Anything to justify their chosen, wicked lifestyle.

My critic declares that this is the first “gay” marriage in the Bible and is “the most documented marriage and best documented marriage in the entire Bible, including the heterosexual ones.” He thinks that his hyperbole will impress me and hopes to appear almost normal by making the Bible say something it does not say. There was no marriage, no sex; only a brotherhood covenant between two friends.

In I Samuel 18:4, Jonathan took off his outer garments and gave them to David along with his sword, girdle, and bow continuing a very ancient practice. For sure, he did not expose his naked body to David.

David, having married Jonathan’s sister, had developed a relationship with him that was closer than a brother. This is shocking when you realize that Jonathan was the heir to the throne and David was a young, poorly dressed, awkward shepherd who was a rival to that throne. Yet, it was a friendship that grew so much that Jonathan loved him as his own soul. Jonathan was fearful that his mentally disturbed father might actually take the life of David.

Jonathan removed his robe and put it on David so that David was now clothed in princely attire instead of his rough, country attire. Such covenants of brotherhood were frequent in the East and were confirmed in the presence of witnesses that the persons covenanting would be sworn brothers for life.

For an ordinary person to receive any part of the dress which had been worn by a sovereign, or his eldest son, was deemed the highest honor which could be conferred on a citizen. The girdle, being connected with the sword and the bow, was considered as being part of the military dress, and great value was attached to it in the East. Jonathan was recognizing David as a dear friend and a military hero. After all, he had recently killed a giant whom no one else was willing to confront.

If anyone in Israel had reason to dislike David, it was Jonathan. David was not trained for a royal court. He pitched aside his common staff and sling replacing them with Jonathan’s sword and bow. David was now ready for any court appearance and for any battle.

This giving of apparel by an authority is described in Esther 6:8, “Let the royal apparel be brought which the king useth to wear, and the horse that the king rideth upon, and the crown royal which is set upon his head.”

Another biblical example is seen in Genesis 41:42 when Pharaoh removed his ring and put it on the finger of Joseph after Pharaoh had placed him over all the land of Egypt.

The giving of clothes and military equipment was practiced in the days of Homer and the Trojan wars. This was done to confer dignity and distinction to a deserving person. Homer revealed this practice, among other examples, when Ulysses received a gift of the armor from Meriones.

Obviously, sex was not involved in the ancient practice of covenant friendship by the giving of personal items as a token of brotherhood. David and Jonathan were not homosexuals.

Obviously, homosexuals are not good Bible expositors - not even the “world’s leading ‘gay’ biblical theologian who is ‘gay’.” I wonder if our “leading ‘gay’ theologian” knows the meaning of superfluous.  How about redundant?  Surely he is familiar with unnecessary.

Another proof that David and Jonathan were not homosexuals is because the Bible condemned David's adultery with Bathsheba, so it would surely not be silent about sodomy. But there is no condemnation of David’s homosexuality because he was not a homosexual. You may remember that David was attracted to women especially Bathsheba. Moreover, he had seven wives plus concubines according to I Chronicles 3. David was not sexually attracted to men. God has never approved of perversion between two men or two women. In fact, God showed hot anger at perversion in the case of Sodom and Gomorrah.

I remind my readers that the parties have stopped in Sodom. Sooner or later, they all end.

God’s clear plan for the human race is for a man to have one wife and treat her like a queen for a lifetime.

This “gay” clown posing as a Bible scholar even says King Saul accused Jonathan of “being gay and having sex with David in I Samuel 20:30-32. And Jonathan doesn’t deny it.” All right, I’ll admit that Jonathan did not deny it. But he didn’t deny it because Saul never accused him of it. There was a very important annual family dinner that David missed, causing a fight at the royal table between Saul and Jonathan. Saul tried to kill his son and Jonathan left in a huff without eating. But it had nothing to do with sex.

Have you noticed that with homosexuals everything has to do with sex?

But it gets worse because the “World’s Leading Gay Biblical theologian Who is Gay” further wrote, “David and Jonathan laid in the field having sex until David climaxed.” He made that up out of I Samuel 20:41 which does not mention sex. National events were moving fast and King Saul was often mentally unstable and had tried to kill both his son and David. Soon, Israel would be humiliated and defeated in battle and Saul, Jonathan, and his brothers would be dead on the slopes of Mount Gilboa.

Both David and Jonathan knew events were moving toward a showdown and they wept and kissed each other before they separated. The text says that David “exceeded” not “climaxed.” David was more emotional than Jonathan knowing that Jonathan would soon be dead. David knew he was about to lose his dearest friend and wept bitter tears more profusely than Jonathan.

The only acceptable, appropriate, and approved sex in the Bible is between a married man and woman. All other sex is evil.

Homosexuals, peddling their hokum like the world’s leading “gay” theologian, are trying to use darkness to extinguish the light, but it won’t work - light expels darkness.

That goes for homosexual "Mayor Pete," as well.