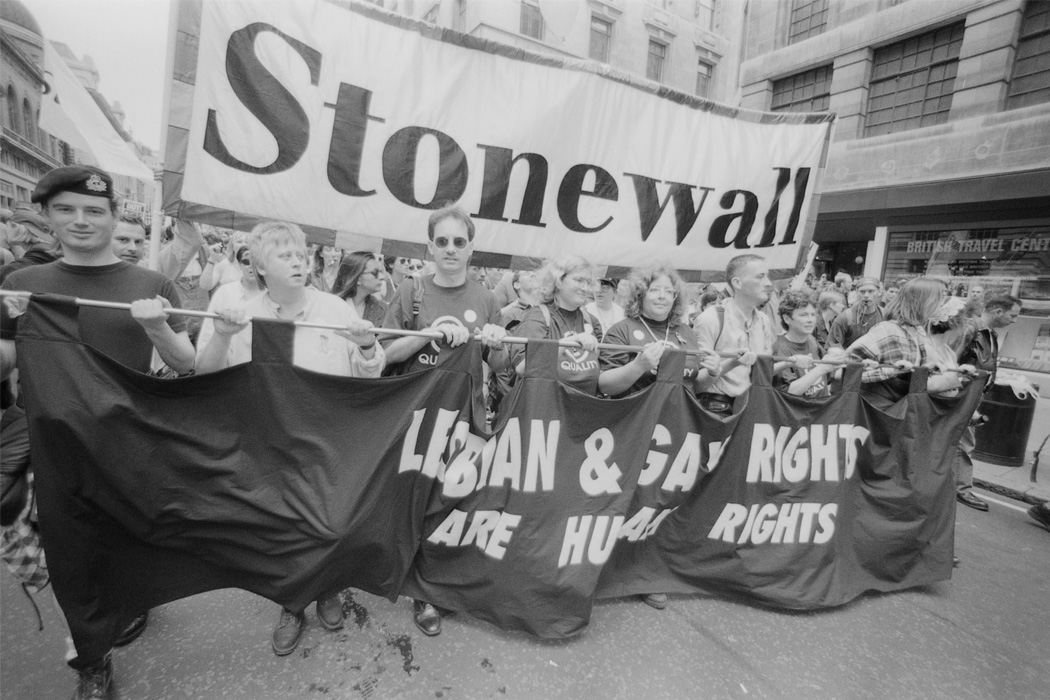 New York City has declared that the entire month of June will be part of the world’s largest gay pride celebration on earth. In fact, it is named “World Pride Stonewall 50” and uses the slogan “Celebrate Millions of Moments of Pride” for its celebration.

There is little doubt that gay pride celebrations are happening all over the world, but the millions who celebrate homosexuality cannot change the strong warnings of scripture that condemn the practice as perversion and a crime against nature. The short list is as follows...

2. Described as an abomination, (a sin that leaves God disgusted) and strictly forbidden. (Leviticus 18: 22)

3. Severe penalties added to the practice of homosexuality. (Leviticus 20: 13)

4. Those who profess that it’s perfectly normal have become fools and are charged with lying and leading themselves and others to a state of reprobation. (Romans 1: 22-32)

The gay community has never accepted these warnings for all the obvious reasons. First, is the fact that they would have to repent and give up the gay lifestyle. Secondly, they refuse to accept the authority of the Lord or the scripture as it pertains to these warnings.

So we must compare the authority and make an informed decision.

Christ preached the words of life, healed the sick and raised the dead, gave his life a ransom for sin, and capped it all off with a resurrection from the dead – that is our authority.

The only authority gays recognize is a rollicking band of partially clad men wrapped in rainbow flags declaring they have something to be proud about.

Among theologians, eschatologists and just about anyone who reads their Bible on a regular basis there is a consensus that we are fast approaching the days Jesus warned would surely happen just prior to his return in power to the earth.

Regardless of the fulfillment of this prophecy, it is clear that America has not yet become a “homocracy.” This is a term coined by Virginia Pastor E. W. Jackson as reported in Newsweek June 19, 2019.

Jackson is the voice of reason and a true defender of the biblical message of the gospel. He is openly taken aback by presidential candidate Pete Buttigieg’s demonstrative show of defiance when after making his announcement to run for president, he turned and kissed his gay partner whom he calls his husband.

Jackson doesn’t ask the question that may be spinning in the minds of millions of Americans. If Buttigieg became president, would his "husband" be the first lady? Such a question looms large and it is proof that perversion is always a product of moral defiance and deep confusion.

Jackson discusses these confusing issues with gravity, the application of scripture, and a good deal of common sense. In one broadcast of his “Urban Family” show he discusses how Morehouse, Atlanta’s traditionally all black male college, is caught up in an amazing conundrum.

It seems that Morehouse will now accept only those men who have had operations to become transgenders (females) and will no longer accept those who only identify as women. How do we tell this kind of stuff to mama - and can anyone really be “proud” of this?

Looking to the scriptures, we find that not only will gays not be so proud on the last day, but they will not gather in cities around the globe to celebrate their perversions. They will be gathered in the great plains of Esdraelon also known as the Valley of Megiddo, where the final judgment of the earth takes place. In a scripture passage which warns that we must not be found naked and in shame, Christ says it all:

“Behold, I come as a thief. Blessed is he that watcheth, and keepeth his garments, lest he walk naked, and they see his shame. And he gathered them together into a place called in the Hebrew tongue Armageddon.” (Rev 16:15-16)