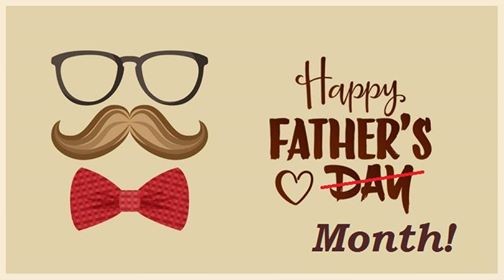 It is in the love of one’s family only that heartfelt happiness is known. By a law of our nature, we cannot be happy without the endearing connections of a family. —  Thomas Jefferson

The month of June has traditionally been known for the celebration of Father’s Day. Tragically, however, there has been an attack on the family unit by celebrating a distorted view of family through the LGBTQ Pride month. By God's design, a family is a man and a woman raising and training children who will perpetuate new life, commerce, and liberty under God. Many seek to distort this holy and natural definition of marriage and family. I don’t want to be graphic, but think for a moment about the actions they are trying to sell and trying to promote as normal...

After celebrating my 17th Father’s Day with my family, I was shocked by an anti-life group that disgustingly broadcast another distortion of the family on Twitter:

“Happy #FathersDayto all the pro-choice dads out there! #MenForChoice support equality and value bodily autonomy - and that makes them great role models!”

What can be more bizarre than talking about pro-abortion fathers?

Many took to Twitter in an effort to reorient this thinking with comments such as:

"Might be more appropriate to wish folks a happy Anti-Father's Day. #MenForChoice are willing for children to be killed to avoid becoming a father. Nothing fatherly about that. And killing innocent people makes a guy lots of things but a good role model is not one."

"Great role models for the next genera... oh wait."

What we are dealing with in these United States are the words of the Hebrew statesman and prophet Isaiah, as recorded in Holy Writ:

“Woe to those who call evil good and good evil, who put darkness for light and light for darkness, who put bitter for sweet and sweet for bitter!”

We must not allow Father’s Day, the month of June, or the families in America to become co-opted by this evil, dark and bitter anti-life agenda. Fathers, we have a duty to make sure this happens.

To conclude, I quote the Father of American Independence, Samuel Adams:

“Religion in a Family is at once its brightest Ornament & its best Security. The first Point of Justice, says a Writer I have met with, consists in Piety; Nothing certainly being so great a Debt upon us, as to render to the Creator & Preserver those Acknowledgments which are due to Him for our Being, and the hourly Protection he affords us.”