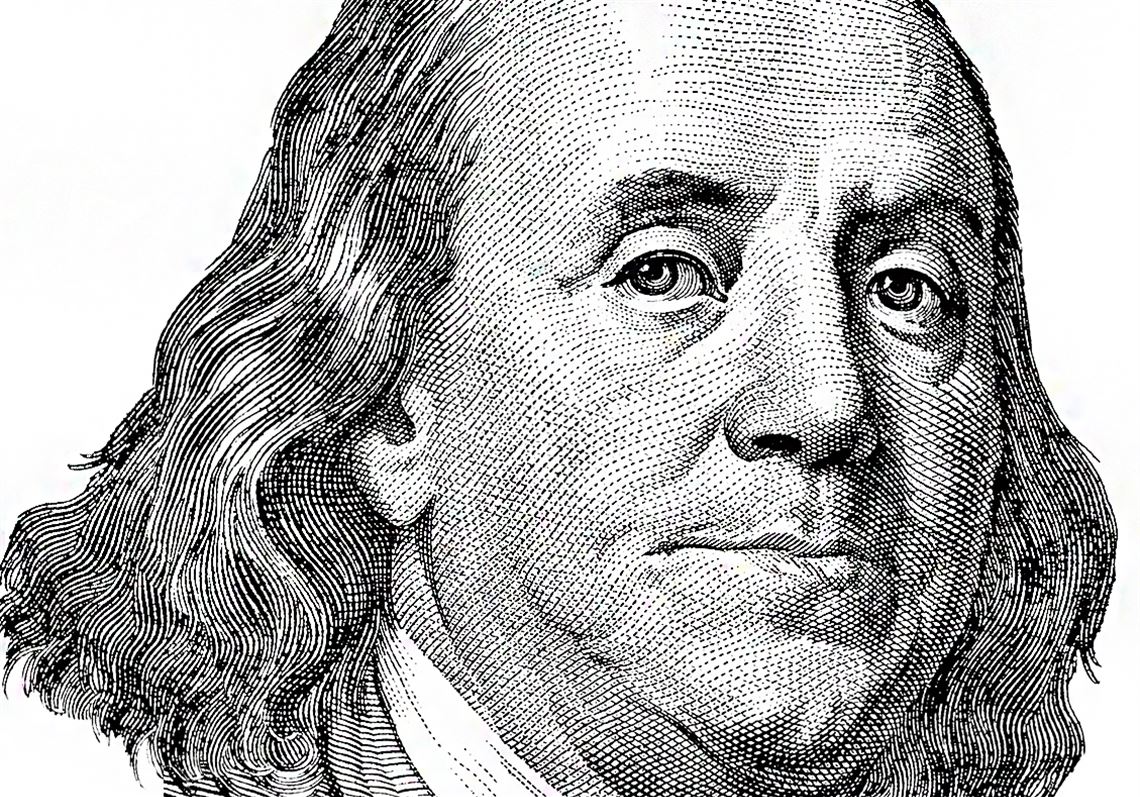 In a previous article I asked whether there were any Just Individuals, and concluded that hopefully there are. I hoped that by their virtue and fortitude, humanity could continue to flourish in the eyes of God. Following this it occurred to me: that among our Founding Fathers was, I believe, a phalanx of the Just. One in particular was Benjamin Franklin, who was brilliant and considered an “American polymath” - one who possesses encyclopedic learning ability.

Franklin was the sixth president of Pennsylvania, and an author, printer, politician, scientist, inventor, political theorist, postmaster, statesman, diplomat and social activist. As the first United States Ambassador to France, he was an ardent spokesman for the colonies and exemplified with great enthusiasm the emerging American nation. I could expand on Franklin’s accomplishments, discoveries and inventions, like his theories on electricity, inventions such as bifocals, and the lightening rod, but my purpose here is to enlighten you on another specific aspect of his life.

At an early age Franklin drafted a set of 13 rules, or virtues, that he would use as guideposts to govern his life. In his autobiography Franklin states that although he made every effort to abide by the virtues he established, sometimes he faltered and fell short. But he would always realign his thinking and attitude, and come back more fervent than ever to live a virtuous life. He came to believe that the very fact that he made this effort each day made him a better man.

Many believe that the success of past titans of industry, such as Andrew Carnegie, Henry Ford, and others applied Franklin’s virtues in how they conducted their lives and business practices. The virtues follow:

TEMPERANCE: Eat not to dullness; drink not to elevation.
SILENCE: Speak not but what may benefit others or yourself; avoid trifling conversations.
ORDER: Let all your things have their places, let each part have its time.
RESOLUTION: Resolve to perform what you are obligated; perform without fail what you resolve.
FRUGALITY: Make no expense, but do good to others or yourself; waste nothing.
INDUSTRY: Lose no time; be always employed in something useful; cut off all unnecessary action.
SINCERITY: Use no hurtful deceit; think innocently and justly, and if you speak, speak accordingly.
JUSTICE: Wrong none by doing injuries, or omitting the benefits that are your duty.
MODERATION: Avoid extremes; forbear resenting injuries so much as you think they deserve.
CLEANLINESS: Tolerate no uncleanliness in body, clothes or habitation.
TRANQUILITY: Be not disturbed at trifles, or accidents common or unavoidable.
CHASTITY: Rarely use venery but for health and offspring, never to dullness, weakness or the injury of your own or another’s peace or reputation.
FAITH: Imitate Jesus and Socrates.

Although the last virtue as recorded for posterity had no defining name as the others, for purposes here I have labeled it with what I think is appropriate, FAITH. Consider the magnitude of its meaning and historical significance of this last virtue that by far exceeds all the others. Franklin and his colleagues were true believers in the Judeo-Christian ethic, and the values and principles it espouses.

“Only a virtuous people are capable of freedom. As nations become more corrupt and vicious, they have more need of masters.” Benjamin Franklin - 1777.

The Founding Fathers were of a different breed, and unlike today’s political class, most have been quoted as openly speaking or writing their thoughts on religion and virtue. There is a litany of quotes by these learned and courageous men. Imagine a political figure today, one of great standing and respect like Benjamin Franklin, who could qualify his life by a set of virtues, the last of which mentions the name that is unspoken out of the mouths of nonbelievers, atheists, and is an anathema to most politicians and the secular cultural Left. We may have come a long way, baby, but have lost mcuh that is valuable on our journey to modernity.