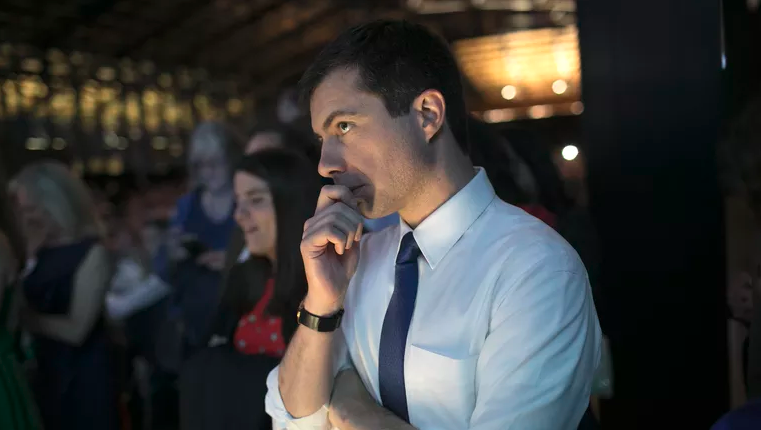 Journalists are supposed to investigate and interrogate political candidates but that has not been done by the main stream media for many years. Most of them have sold out and are like the ladies of the night continuing the oldest profession in the world. Of course, the journalists don’t dress like the ladies of the evening and they are not usually as crass and crude in deciding on payment for their services; other than that, the similarities between journalists and prostitutes are obvious.

The media can be very helpful keeping politicians’ feet to the fire by asking questions that reveal facts that voters need to make good decisions about a candidate. Some questions will be embarrassing to the candidates but that is a risk of their profession. The political candidate will try to evade revealing anything negative about himself or herself. Politicians learn very early not to answer a dangerous question but provide an answer beneficial to his candidacy. Lazy or poorly trained journalists permit that evasion and refuse to ask follow-up questions that may embarrass candidates.

Since a preponderance of evidence clearly proves that the homosexual lifestyle is deadly, shouldn’t all people of goodwill seek to help them out of it? And homosexuals can be helped since there are no biological causes. The American Psychiatric Association admitted as recently as August of 2015, “to date there are no replicated scientific studies supporting any specific biological etiology [cause] for homosexuality.”

No honest, informed person declares homosexuals are “born that way.”

Dr. Lisa Diamond, a top researcher of the American Psychological Association tells LGBTQ activists at the close of her lecture, “I feel as a community, the queers have to stop saying, ‘Please help us. We’re born this way, and we can’t change’ as an argument for legal standing…and that argument is going to bite us in the a**, because now we know that there’s enough data out there, that the other side is aware of as much as we are aware of it.” That’s from a lesbian!

Practicing homosexuals, because of many factors in the home, environment, associates, media, etc., made a choice to enter the dark world of perversion. Pete Buttigieg is no exception, and having made that choice and the choice to offer himself as a candidate for president, he needs to inform us how his abnormal lifestyle may affect our nation if he is elected.

Obviously, if a pacifist runs for office, a real reporter will ask where he stands on the death penalty and what he would do if America were attacked again by a foreign nation.

A Socialist running for the presidency will have reporters pointing out the many failures of Socialist nations and how a Socialist is simply a Communist without a gun. Honest journalists would never try to hide the innate dangers of Socialism unless they are Socialists also.

If a Baptist runs for the presidency, surely an honest journalist would ask if he or she would require all cabinet members to be Born Again and require all appointees to be baptized in the Reflecting Pool at the National Mall.  And he should be asked if the White House would become a smoke-free and booze-free zone.

A Roman Catholic candidate should be asked how much influence the Vatican or the College of Cardinals would have in any religious matter that might have any bearing on them.

A Jew running for president would be asked where he stands on the Middle East and his stand on the “Palestinian” problem.

Should an Adventist become a candidate, any honest journalist would ask him if he would work on Saturday in event of an international crisis requiring his presence in the Situation Room. And if he would require vegetables only at all White House dinners.

If a fanatic snake handler from Appalachia becomes a candidate (and I am not sure the Democrats don’t have one running this year) would he take his sack of snakes into the White House? While I strongly believe in religious freedom and my range of social relationships is wide, I would not want snakes in the Peoples’ House.

If a Muslim runs for president, real journalists would ask if Sharia should ever supersede U.S. laws; will he repudiate killing of apostates; will he repudiate jihad which is holy fighting in the cause of Islam; will he agree that Israel has a right to definite and secure borders; will he repudiate “honor” killings; will he repudiate and prosecute female genital mutilation of little girls; and would he support my right to found the Trinity Baptist Church in Mecca? After all, we have permitted over 3,000 mosques to be built in the U.S. But there is not one church in Saudi Arabia.

Since a “gay” Indiana mayor is running for president, journalists should ask him some questions that bear on that office; however, their cowardice and fear of being politically incorrect will keep them from asking these very legitimate questions of Pete Buttigieg.

Pete has boasted that he is very “gay” and voters have a right to know what that means. Just how extreme is that, since it could reflect on or impact the office of president? However, it is very interesting that the LGBTQ crowd complains that Pete is not “gay” enough.

Will Pete assure the voters that there is no possibility of blackmail, for instance pictures of him in a very compromising position?

Advocates for perversion refuse to accept the current stats that refute their narrative, but they can hardly say homosexuality is normal. It is abnormal to get pleasure from contact with body waste, especially when that involves another person. Homosexuals use human organs in an abnormal way so no one should be surprised when the results are tragic. They insist on trying to get out of life what God never intended to be there, thus contracting many more diseases. Usually, the taxpayers are expected to pay their medical bills.

Homosexuality is a public health issue and not simply an issue of what two same-sex individuals do in the privacy of their bedroom. One has to pay when he plays, but why should I pay when you play?

If Pete is elected president of the USA, will he respond the way many homosexuals do by giving priority to homosexuals in his appointments? Any chance of any Fundamentalist Christian like me getting a top cabinet position? I would be willing to accept Secretary of Education or Secretary of Energy. If appointed, I would have either one totally disbanded in 60 days. That would sure help reduce the deficit.

Since homosexuals live shorter lives because of illegal drugs, abusive sexual practices, etc., will Pete assure the voters that he will not participate in any sexual practice that might limit his ability to serve his term if elected?

However, no journalist is willing to ask Pete these very important questions since journalism is dead and truth lies in the street gasping for breath.